No matter how great The Ghost Inside’s new self-titled album may be, the unfortunate truth is they’ll likely always be known for something they had no control over: A 2015 bus crash outside of El Paso, Texas that killed two people and severely injured the entire band.

For more than two years after the accident, the future of the band was unclear. The Los Angeles-based rockers were never going to be the same after the traumatic accident. In 2018, however, they decided to continue as making music as a unit.

Following a hometown return show last year that sold out so quickly they moved it into the parking lot to meet demand, singer Jonathan Vigil and the rest of the group announced they were working on new music and would play more shows in 2020. Unfortunately, the global pandemic postponed all but the first of The Ghost Inside’s second set of shows, but it couldn’t stop the June 5 release of the self-titled comeback album on Epitaph Records.

SPIN caught up with Vigil to chat about the new album, moving forward, and recovering from an event that would’ve ended most bands’ careers. 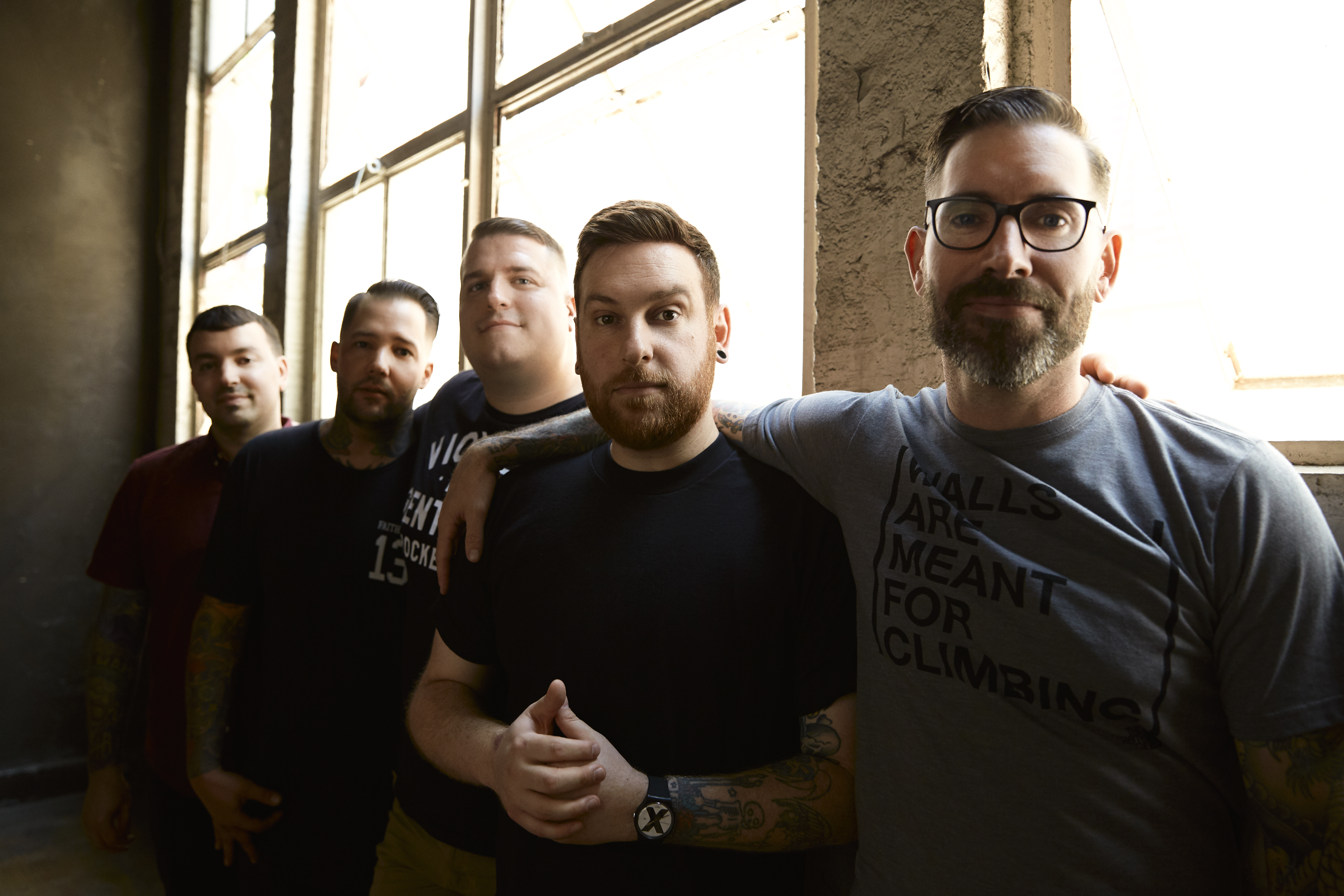 SPIN: After everything that the band has been through, what was it like to put out a new album again?
Jonathan Vigil: People have been expecting new music for a long time, and compound that with being “the band from the accident” — we knew we had to really deliver on this record. We couldn’t sell anything short, and we had to give it all 110%. We did everything we could to make this the best record we could, and we all stand behind it being our best work yet.

This has been described as the “most collaborative” album The Ghost Inside has ever done. How was this process different from what you’ve done for albums in the past?
I think it was really important to us that we all five had a hand in every part of the record. In the past, members would only be there for their part and have input on what they did. Making a collaborative record was big for us, because we almost didn’t get a chance to ever do this again. We wanted to make sure that we were all on board and all had the same ideas and the same grit on the album going forward.

How did it feel to see your comeback show at the Shrine Auditorium in Los Angeles sell out so quickly?
I had no expectations that it was going to do as well as it did. I knew there were people awaiting our comeback show, but I had no idea there were that many people. I thought the inside of the Shrine was too big for us, and then it sold out so quickly that we were trying to find options of what we could do to be able to have more people there. For us, it wasn’t just about the fans, but it was also about the five of us just being back on the stage playing again. It was a lot of “What if” for so long and wondering what we could and couldn’t do, but we didn’t know for sure until we got into a room together. When we played our first show, it cleared up a lot of uncertainties for us and we were able to know our limits in a way. We know what we’re capable of, not capable of, and that there’s a future for the band — which we all really wanted, but we weren’t sure.

Speaking of knowing your limits, what has it been like to move forward as a band while only being able to play a handful of shows rather than a full tour?
It’s kind of a double-edged sword. It severely limits the things we can do, because we can’t go on these big tours and spend 29 days out of 30 on a bus playing shows. The things we get to do are a lot more special and event-oriented, whereas in the past we were able to travel places and play smaller shows. Now, we’re able to do things a little bit bigger than we would’ve in the past and make a bigger deal out of them because we didn’t know if we’d ever be able to do these things. We didn’t know that a show in Lubbock, Texas could’ve been our last show ever. No band wants to end their career outside of their hometown at a random spot in the middle of the country. We have to treat every show like it could be our last show, because that was almost our last show and we had no idea.

How has the band’s perspective changed since the accident?
We have a newfound appreciation for what we get to do. We were becoming complacent in the things we got to do, and we were taking for granted things like going to Europe a couple of times per year or going down to Australia or up to Canada. It all just kind of blended together, because we thought we’d be back in a couple of months. For me, the last couple years of the band were just kind of going through the motions and not really absorbing anything. I still had fun and loved every minute of it, but we didn’t even leave the venue or the bus for the last couple of tours. Who goes to Europe and doesn’t see the Eiffel Tower and all those kinds of things? Now more than ever, we get to appreciate the things that we get to do like we’re doing them for the first time, and I’m very appreciative of that.