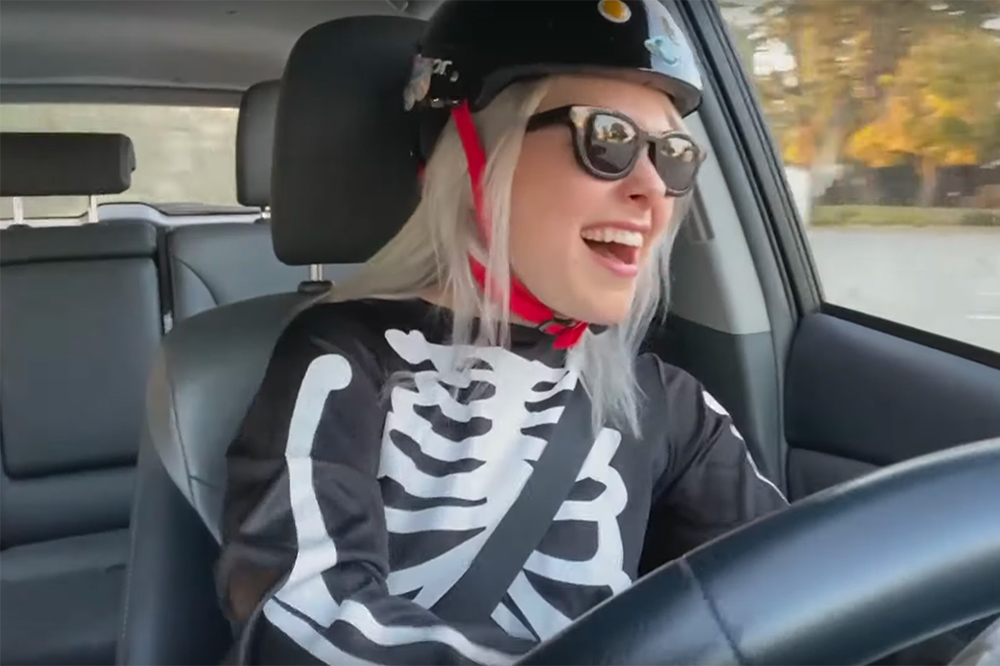 Last week, Phoebe Bridgers dropped her latest record, Punisher, a day early last week to the delight of her fans. Last night, she participated in a round of Carpool Karaoke to talk about the decision to do so.

“I just had a couple of people reach out and ask me if I was going to put the record out at all with the political climate or even push it down the line,” she told James Corden on The Late Late Show with James Corden. “And I Just feel subtext of that is waiting for people to forget about Black Lives Matter or waiting for white people to talk about themselves on the internet again, which I find insanely cringey and offensive.”

She added, “So I just wanted to put it out and give it to people and connect the charities I really care about, especially Downtown Women’s Center and stuff that’s kind of close to my heart and close to L.A. And I think it really worked out. And I hope this movement goes on for as long as it takes, which I think is going to be a long time.”

Bridgers also admitted that she sometimes likes to sit in her car with no intention of going anywhere and just listen to podcasts.

“This is where I go to hang out and stay safe,” she said. “Just blast the air conditioning. It’s great. I love it.”

And while her tour plans with the 1975 were postponed by the global pandemic, Bridgers looked for another avenue to connect with her fans. After finding out about online classes to learn how to film with an iPhone from a friend, she started livestreaming shows from her home.

“It was a learning curve for sure,” she said, “but it was so fun. I like how creative people get with ‘singing along’ when I play — just like all caps lyrics as I sing them. It’s great, really fun.”

She also talked about how her mom defends her from internet trolls and performed “I See You” with a helmet on while she drifted around a parking lot.

Watch Phoebe Bridgers on the latest installment of Carpool Karaoke on The Late Late Show with James Corden below.