"This is our chance to lead, to truly embrace the importance of Juneteenth" 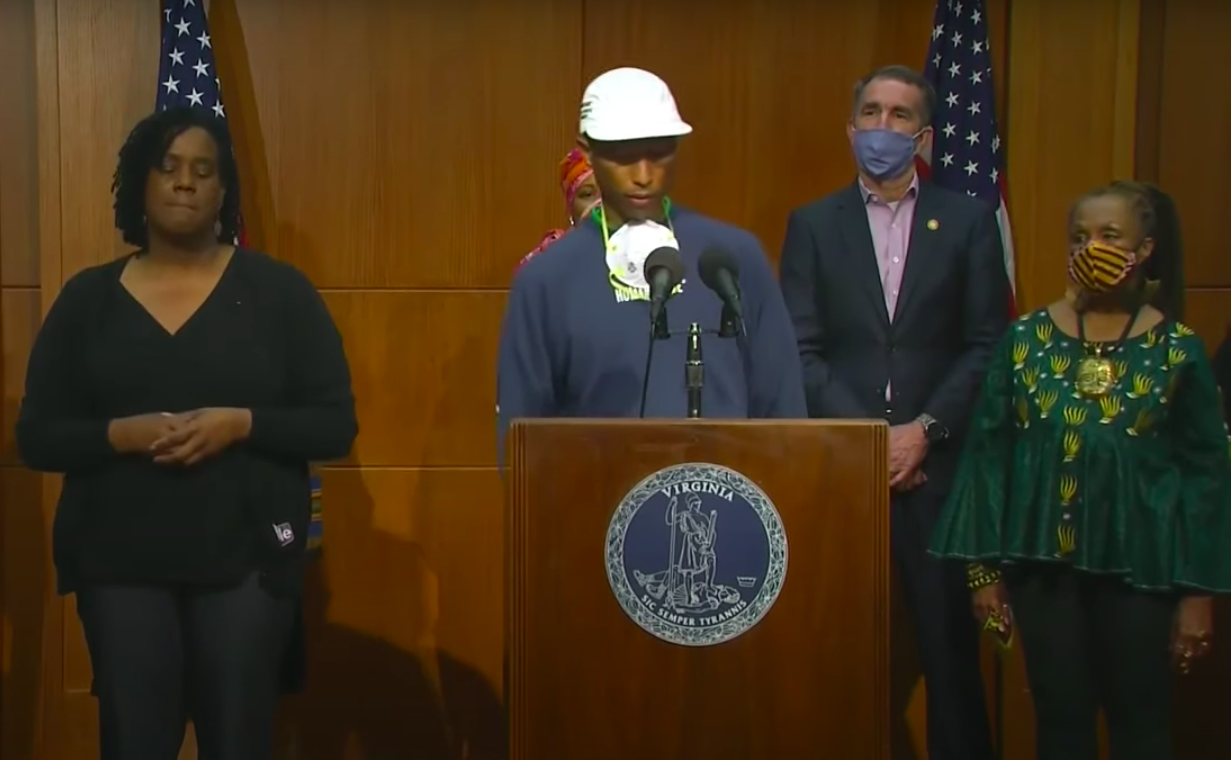 Pharrell Williams joined Virginia Gov. Ralph Northam at a press conference in Richmond to announce the state’s intention to adapt Juneteenth into a state holiday. Protests in Richmond have put pressure on the city to remove a number of its Confederate statues in recent weeks.

Juneteenth, which is June 19, is recognized as the date of the emancipation of the last remaining enslaved African Americans in the Confederacy in 1865 and was two-and-a-half years after President Abraham Lincoln first issued the Emancipation Proclamation.

“From this moment on, when you look up at the vastness of the night sky and you see stars moving up there, know that those stars are our African ancestors dancing. They’re dancing in celebration because their lives are finally being recognized,” he said.

“This is our chance to lead, to truly embrace the importance of Juneteenth and to treat it as a celebration of freedom that Black people truly deserve,” Williams added, according to NBC Washington.

Gov. Northam added that all state executive branch employees would have this Friday off as a paid holiday in honor of Juneteenth.

Watch the press conference below.