It is the latest in their #MetallicaMondays streaming series 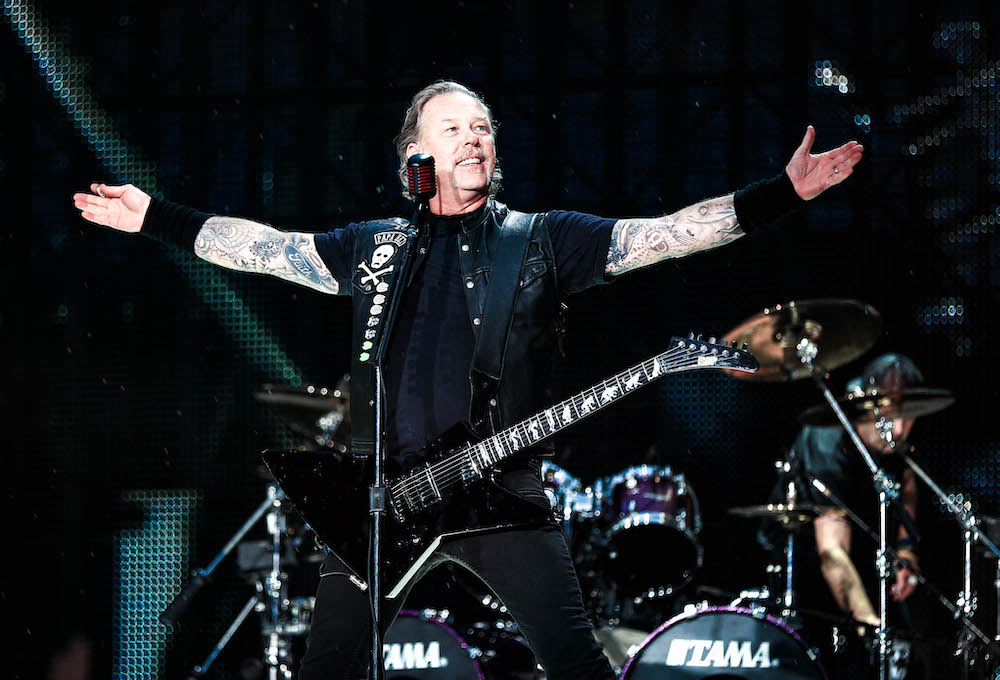 For the latest show in their ongoing streaming series, Metallica turned the clock way back to…2019. The band’s show at Manchester City’s (the football club) Ethiad Stadium was typical for the locale, especially for mid-June: a rain-drenched affair. But that didn’t stop the band though, running through a fierce 18-song set from the Hardwired tour.

The set featured a bunch of fairly rare songs, like “The Memory Remains,” “The God That Failed” and “St. Anger.”

In recent weeks, Metallica streamed a show from Salt Lake City from the Load tour and a 2014 “by request” Peru show, where the group played everything and anything the audience wanted to hear. Before that, they shared a Kill ‘Em All era show at Chicago’s Metro, a 20th anniversary Black Album show from Austria, and a 1991 show from Muskegon, Michigan.

As always, the #MetallicaMondays show will start at 8 pm EST/5 pm PST.

See the setlist below:

Encore:
Lords of Summer
Nothing Else Matters
Enter Sandman (with ‘The Frayed Ends of Sanity’ outro)