“Real hip-hop.” For the cargo short and Jansport wearing set, these regressive and myopic words are synonymous with whatever rap era or aesthetic they deem “foundational” or “pure.” Jurassic 5 was never among this narrow-minded contingent (though they undoubtedly sold records to some.) They took rap back to its roots out of love for the past, but they were never stuck in it.

Comprised of four rappers [Chali 2na, Soup (aka Zaakir), Akil, and Marc 7] and two producer-DJs [Cut Chemist, Nu-Mark], Jurassic 5 reimagined the unified, party-rocking routines of groups like Treacherous Three and the Cold Crush Brothers. Four voices both stood out and sounded like one. Chali 2na’s booming baritone forever cemented him as the James Earl Jones of rap; Soup found new pockets for singing and exploring rhythm. The group passed the mic like the Showtime-era Lakers passed the ball on a fastbreak, knowing when to move separately and in unison. Cut Chemist and Nu-Mark chimed in via scratches and vocal samples from instructional records. Historians of the highest order, Jurassic 5 recontextualized the past for their peers and a new generation, illuminating the enduring relevance of a style long-thought retrograde while making it modern.

Quality Control, the group’s major-label debut, turns 20 on June 20, 2020. The album didn’t go multi-platinum (it is certified Gold), but it was and remains a landmark record in L.A. rap history. The beats pulsed with drums that hit hard enough to crack fault lines, moved around deep basslines, dust-coated samples, and precise scratching. Together and individually, each rapper delivered figurative boasts of mic supremacy as much as they did the respective wisdom of six Angelenos. They were the platonic ideal of what L.A. can be: natives and reverent transplants [Chali was from Chicago, Marc 7 from New Jersey] celebrating and commiserating their love-hate relationship with a city that rewards fewer than Hollywood leads the world to believe. Opposed to music industry plants and out-of-town parasites, they debunked industry and local myths. Yet every song sounds upbeat, educational without being patronizing or pedantic. They combatted their cynicism with the belief that their music could uplift and move crowds. They were right.

Quality Control took Jurassic 5 around the world. They headlined festivals, opened for Fiona Apple on her 2000 North American tour, and were one of the only rap groups on the alternative and punk rock-centric Warped Tour. Their success, though, was also the success of the L.A. underground rap community of the ’90s.

Originally two groups — U.N.I.T.Y (United Nations of Intelligence Teaching Youth) Committee and Rebels of Rhythm—Jurassic 5 was part of a circle that made music both tangential and in opposition to g-funk/gangster rap that dominated the area during that era. Jurassic 5’s members met and performed at Rat Race, a recurring event that paired nascent rappers with a live band. They performed at Unity, the roving monthly run by the late Bill “Bigga B” Operin, which billed rising LA rappers with established acts like Nas and Wu-Tang Clan. Record stores like Fat Beats and Aaron’s Records were temples for the cognoscenti, places for rap worship and discourse. Though Jurassic 5 congregated and developed their skills most at The Good Life. A legendary open mic night in South L.A.— memorialized in Ava DuVernay’s documentary This is the Life—it also birthed Freestyle Fellowship and rappers like Volume 10 and the late Ganjah. Somehow, out of all the artists embedded at The Good Life and in that community, Jurassic 5 arguably became the most successful. Before and after Quality Control, they remained real in an industry that prizes focus-grouped PR strategy over authenticity. They were an anomaly that no label asked to make concessions, but they would’ve sacrificed their success if anyone did.

Below is the oral history of Quality Control with interviews from four of Jurassic 5’s six members, as well as the group’s manager, Dan Dalton, and acclaimed photographer Brian Cross (aka B+), who shot the album cover and remains one of the foremost authorities on L.A. rap history.

[Chali 2na and Akil, who are absent from this piece, were contacted for interviews but did not respond. These conversations have been edited and rearranged.] 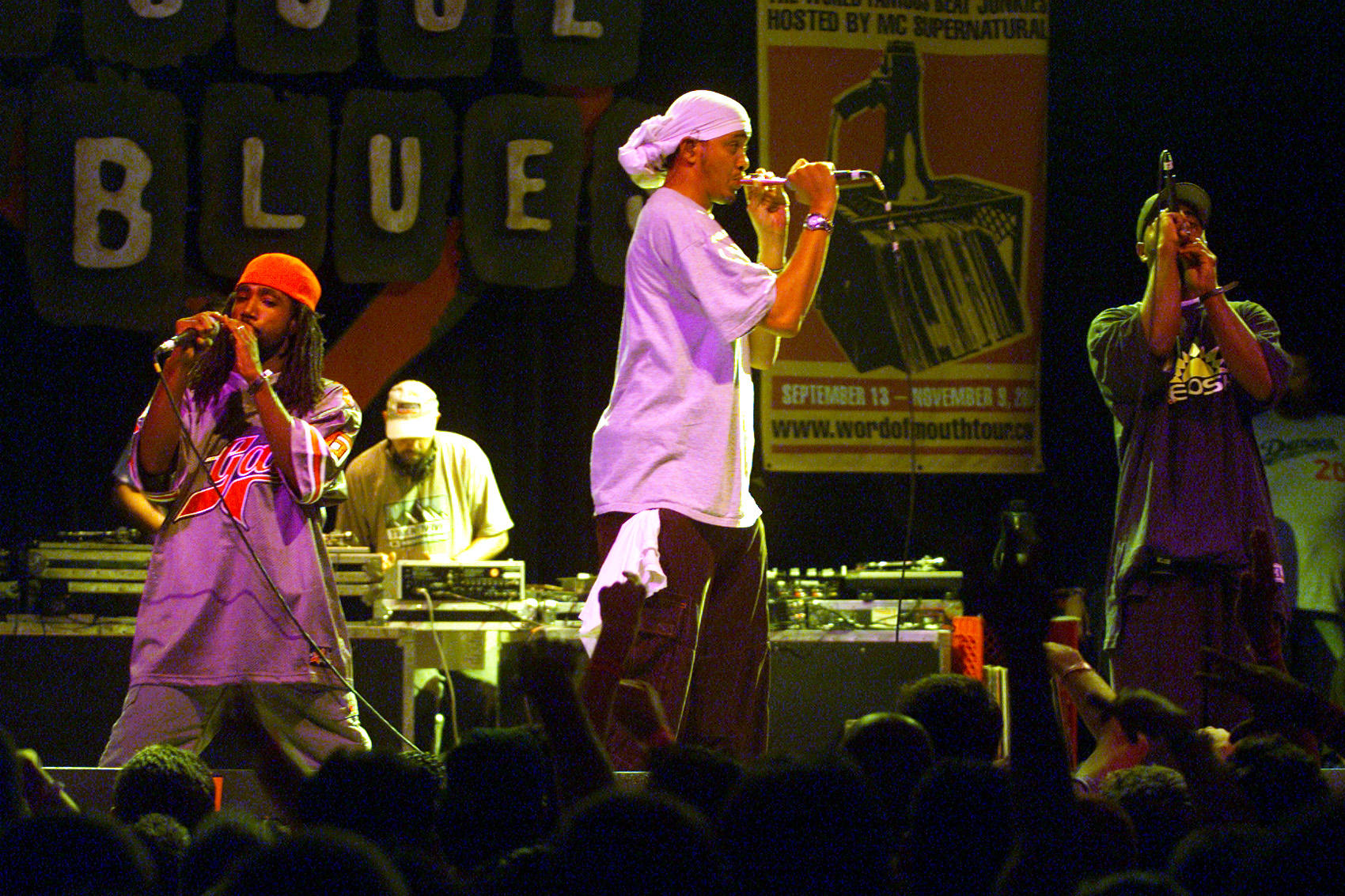 Nu-Mark: [Jurassic 5] all kind of started when U.N.I.T.Y. Committee wanted Rebels of Rhythm to come on a song called “Unified Rebelution,” which was the very first single. I put out a song on that first independent release called “Nu-Mark’s Bonus Beats.” We did a deal with Blunt/TVT for that single. We just kind of knew that they weren’t going to back us, or that they weren’t going to take us seriously. While we were getting out of the single deal we developed the [self-titled] EP. From the EP, there was a lot of sales independently. Over 100,000 sales in independent sales. That’s when pretty much every label was offering us a deal, including Interscope.

Marc 7: Instantly, L.A. was playing the record. Fat Beats was huge in getting it where it needed to go. It showed you the power of word of mouth and the underground. What really makes it incredible was how big it was overseas. This is even before Play It Again Sam [picked it up]. Play It Again Sam made it really big over there, but it was getting out there and into people’s hands. Once we connected with Play It Again Sam, it turned into something else. We had plaques overseas before we got it in the states. We were bonafide over there. We love Europe. They are the reason why we are Jurassic 5.

Dan Dalton (group manager): The U.K. took to Jurassic first. It was theirs. They owned it. The major labels started hearing what was happening on the other side of the pond. The buzz came back, and we were in NME and all that. They caught the buzz.