Emergence Is Interactive: A Jeff Bridges and Susan Kucera Essay on Climate Change

Jeff Bridges is an Academy Award-winning actor. Susan Kucera is an accomplished director, producer, and cinematographer, recognized by the United Nations as a recipient of the Gold World Medal for her work on climate change and sustainability. The two joined forces for 2018’s film Living in the Future’s Past, about the perils of climate change. The two share their thoughts about this ongoing crisis below.

In 1969, when we successfully landed a man on the moon, we stared at the first pictures in awe as the camera looked back at Earth. When astronaut Neil Armstrong returned from what was one of humanity’s greatest engineering achievements, he stated, “I felt the successful lunar landing might inspire men around the world, to believe that impossible goals are possible, that there really is hope for the future of mankind.” People began to talk about spaceship Earth and how there was nowhere else out there where we could survive, given the frailty of our human bodies. We could see very vividly that we are all on this small unique planet, this spaceship Earth, together.

In Living in the Future’s Past, we wanted to take a good look ‘under the hood’ of our human family, to see what makes us tick and explore humankind as a kind of giant super-organism whose actions have, and continue to, reshape the planet. The concept of humanity as a super-organism is not new; its origins go back to the work of Gustave Le Bon, The Psychology of the Crowds (1895). We can guide the super-organism through love, compassion, empathy, mindful action, and collaboration, all traits vital to our survival. We need to acknowledge that despite all our human-created borders, our ecological entanglements can no longer be ignored.

Big changes are needed, and we all know there is just so much you can do to make the world go where you would want it to go. It is a complex system. No one can predict what might emerge from the spontaneous actions of the many for good or bad. Emergence is interactive. Physicists like to talk about emergence as appearing as the result of the interaction of smaller and simpler elements. Think of yourself as a small but crucial element capable of moving our super-organism in a better direction. The super-organism is, after all, a system of relationships and we, as a species, are interlinked with all of the other members of our Earth’s household. As we examine the effects of our decisions, let’s not confuse what we need with what we desire, and what we desire, with what we need. 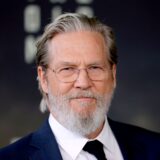 One thing that is constant in history is that everything changes. Sometimes the changes are so fast that we experience change as a disaster. An immediate reminder of this is how the current coronavirus crisis has caused the world to reconsider priorities. It has shown us how rapidly we are capable of changing our behavior in the face of a threat. Some of the outcomes of this forced change have been environmentally positive, for example, as human activity dropped, the air around the globe has cleared and cities have rediscovered the importance of urban and local farms.

However, this crisis has also laid bare what works and doesn’t work in our supply chains and social safety systems. We are living in a cultural construct that is becoming increasingly fragile and prone to economic collapse because of a refusal to recognize our ecological connectivity and our dependence on future stability to our economic well-being. We need to stop framing our environment as separate from our economy. We are experiencing now a small taste of the future challenges facing humanity as climate change, and other more visible environmental threats change our earth, reshaping, once again, our material fortunes. Like a virus, climate change is invisible, but there are increasing ecological transformations on the horizon. We need to be ready to adapt.

Every 91 minutes, the International Space Station orbits the globe sending us pictures of our Earth. It is easy to see from above the landscape that has emerged from the collective actions of the many. We see the environmental challenges ahead, but who knows what opportunities might emerge if we work with each other with a view of a better future. Traits like ingenuity, inventiveness and creativity are in our DNA and they hold the key to our continued existence on this small blue dot, this spaceship Earth.

The authors have teamed up with Kappa Delta Pi, an International Honor Society founded in 1911 that fosters excellence in education and promotes fellowship among those dedicated to teaching. Kappa Delta Pi is a United Nations affiliate and is developing a full multi-disciplinary curriculum for educators.