The "No Vaseline" rapper is in hot water again 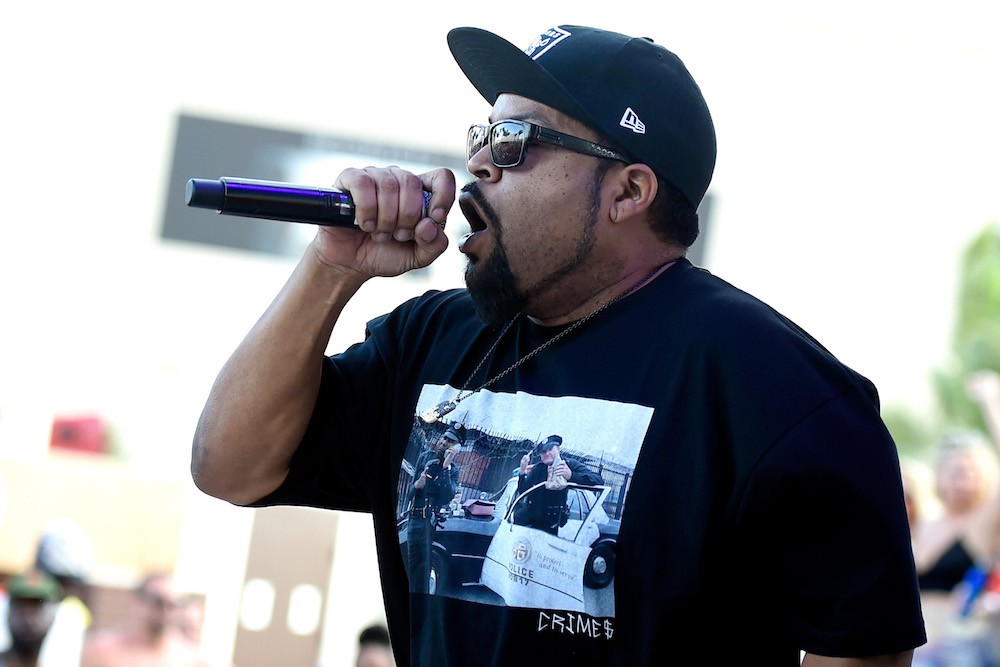 Over the last few weeks, Ice Cube has been very outspoken about the injustices the Black community has faced past and present. He canceled a Good Morning America appearance and has since been a very frequent tweeter since George Floyd’s murder. Also, N.W.A.‘s “Fuck Tha Police” has reemerged as an anthem for the ongoing protests.

However, whether he realizes it or not, Cube has also unfortunately shared some memes that are understood to be anti-Semitic, spread on social media by Russian trolls promoting the conspiracy theory QAnon, as the Daily Beast points out.

You could see the tweets yourself below. SPIN has reached out to Cube’s reps for comment.

FUCK THE NEW NORMAL UNTIL THEY FIX THE OLD NORMAL! pic.twitter.com/wNN3uwOb4K

The next one is from the Russian propaganda page Black Matters.

The next one has been used by the conspiracy group QAnon (hence the Q at the end of the banner).

STOP IT. I don’t know who the fuck Q is? It’s just a True statement. https://t.co/waNFLE2oYj

Cube was called out by a fellow Twitter user about sharing the inflammatory images. And he did respond, which you can see below.

My image was cropped. I get along with every race on the earth. https://t.co/vAEDlqpwzx

I will continue to keep our people motivated, informed and provide simple solutions to help solve the problems that America has caused our people. These are my acutel facts as I see it. You can take it or let it alone. https://t.co/XTKgdMp8Ud