Their original deli tour was derailed due to COVID-19 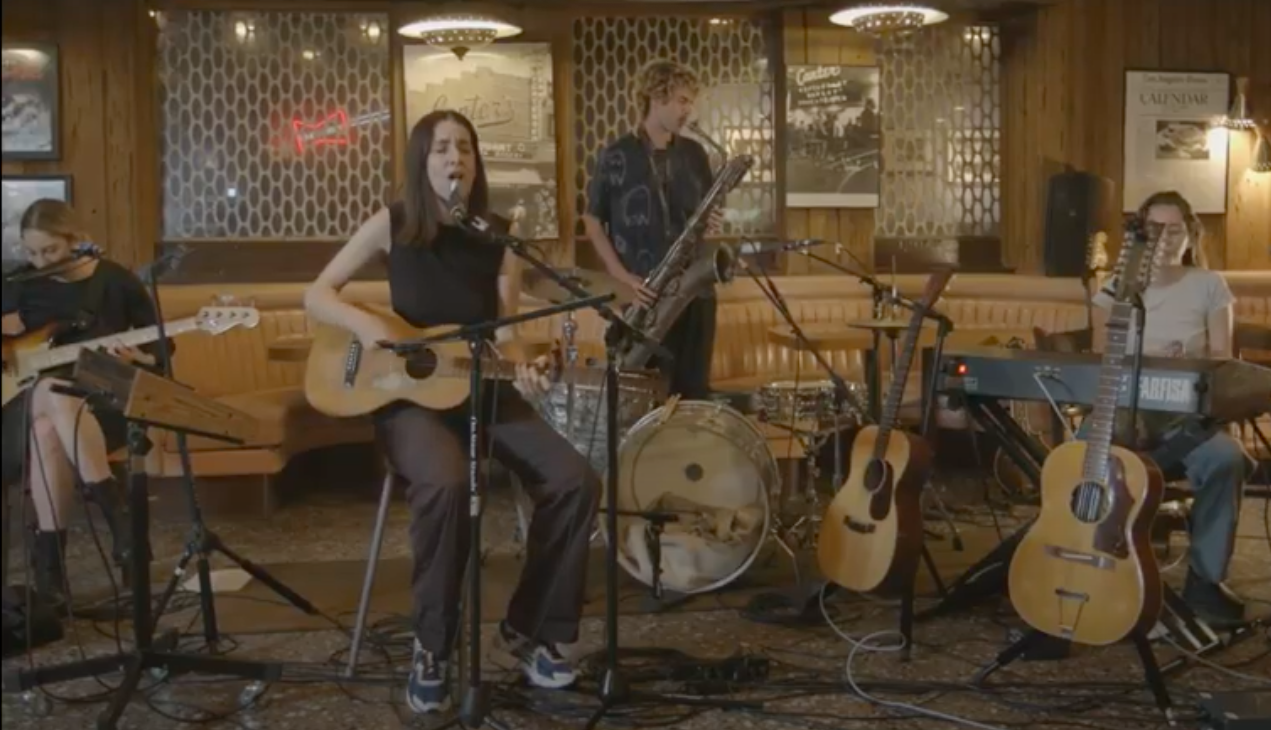 At the very beginning of Haim’s Women in Music Pt. III launch, they were performing intimate shows at delis…or at least started to. That was in part to pay ode to the album’s cover, which was shot by Paul Thomas Anderson at Canter’s Deli in Los Angeles. COVID-19 changed those plans, but on the day the sisters’ album was released, they ended up performing a livestream at Canter’s.

The show took place in the deli’s main room on Friday afternoon and saw Haim perform a number of tunes off the album in the 30-minute set, including “The Steps,” which was no. 8 on our list of the Best Songs of 2020 (So Far).

The stream was also a fundraiser for the Bail Project, which is “a national nonprofit organization designed to combat mass incarceration by disrupting the money bail system one person at a time.”

Check out the half-hour performance and the setlist below.