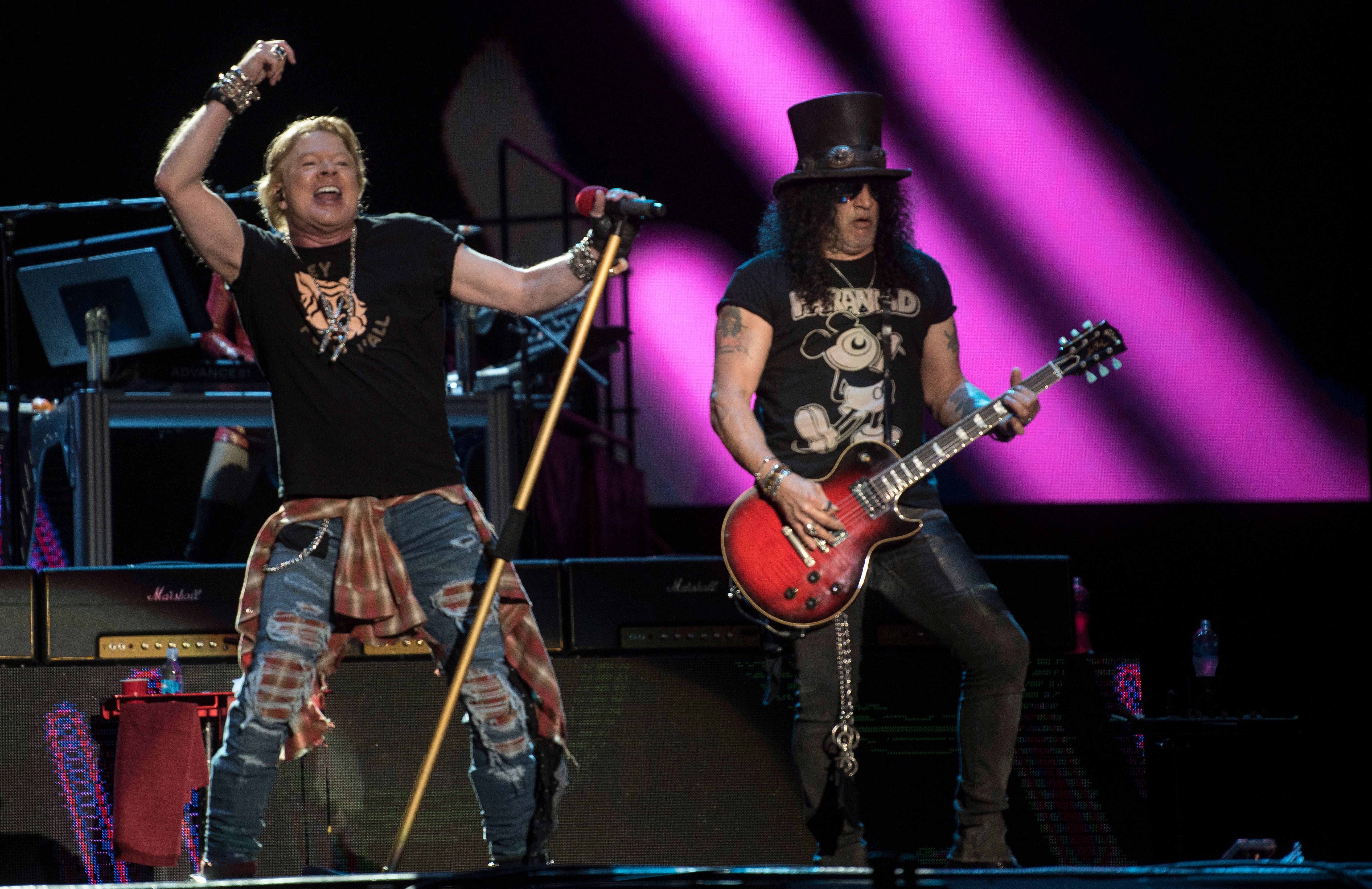 After being quiet for a few weeks, Guns N’ Roses will be airing another show in their Not In This Lifetime Selects series.

This one comes from a classic show from the Download Festival in 2018. That show, which took place at Donington Park, Castle Donington, England, was a marathon set, featuring 28 songs, including covers of Soundgarden’s “Black Hole Sun,” Jimmy Webb’s “Wichita Lineman,” and Velvet Revolver’s “Slither.”

The rockers launched their Not in This Lifetime Selects streaming series last month with a 2019 show from Salt Lake City at Vivint Smart Home Arena serving as the first one.

Guns N’ Roses played one show this year before having to postpone their tour plans due to the coronavirus pandemic.

The set airs at 6 pm EST/3 pm PST on Guns N’ Roses’ YouTube channel. Or you can tune in below.

Encore:
Patience
(“Waiting On A Friend” intro)
The Seeker (The Who cover)
Paradise City