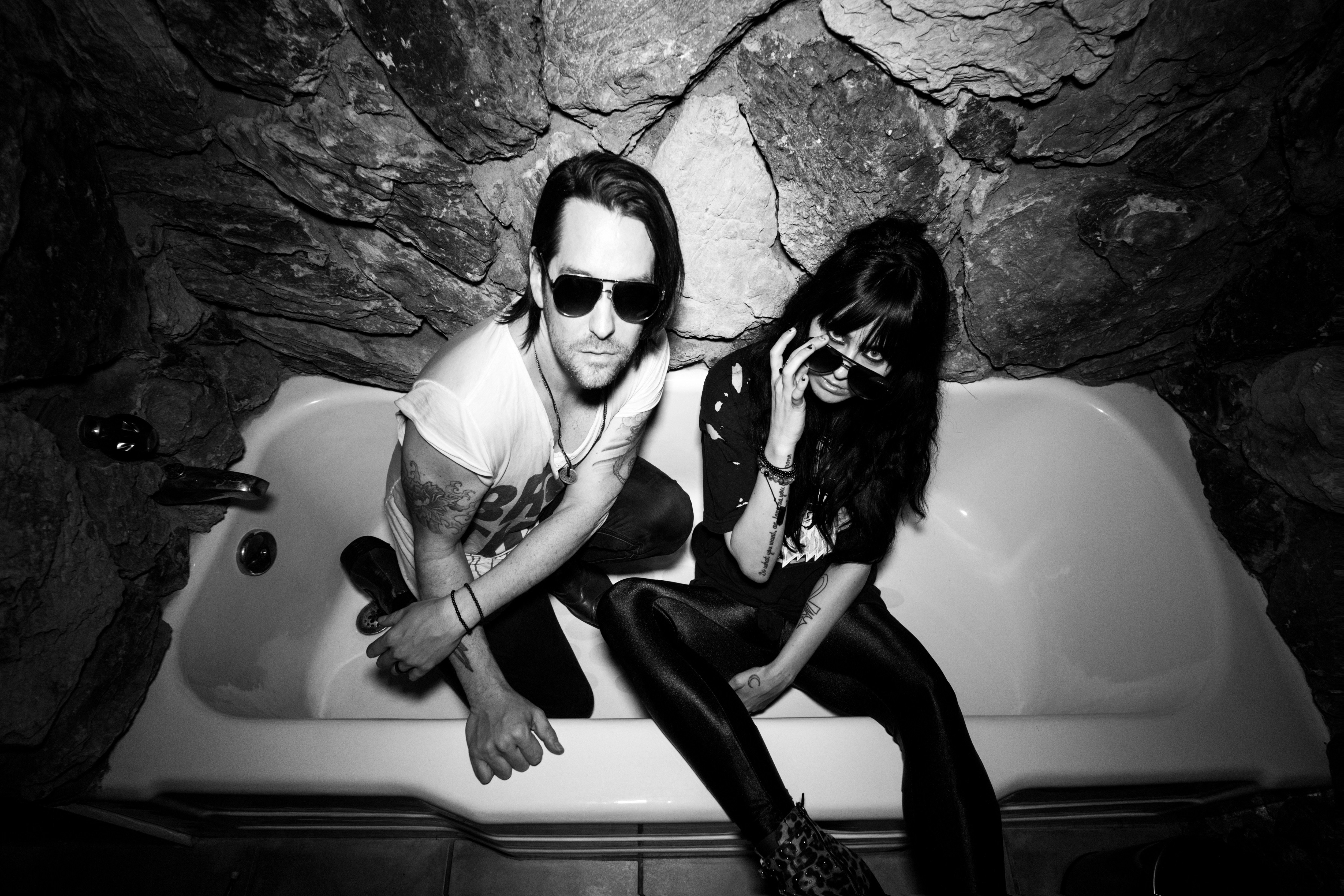 While many bands have struggled with communication and teamwork throughout the COVID-19 quarantine, that’s not really an issue for Dead Posey. The Los Angeles-based duo just released their new EP, Malfunction (Sumerian Records/Position Music), on Friday and are already back with a brand new video for “Parasite,” the second track on the release.

The industrial-style production and skull-heavy imagery give an appropriately dark tone for these ominous times, but perhaps the most fitting facet of the entire release is how the married couple had to improvise to direct and edit their own video when the chaos known as 2020 swept away their original plans for something a little more ornate.

“We had shot some footage with the idea of it being loosely used as a performance video surrounding the song, but not necessarily the ‘official’ music video,” the band says. “However due to the world turning upside down the last few months, we had to take what we had shot and turn it into a full video on our own. We picked up Final Cut Pro and learned how to edit on the fly and fashioned what we had into a video. Art is created in all types of situations, and in this case it was a happy accident that we could concoct a music video on a shoestring budget out of this footage.”

Dead Posey will also be on SPIN’s Untitled Twitch Stream on Tuesday, June 23. For more details on the full schedule, check out the weekly calendar. You can also watch the brand new video for “Parasite” below.