This is the band's first performance together in nearly a decade 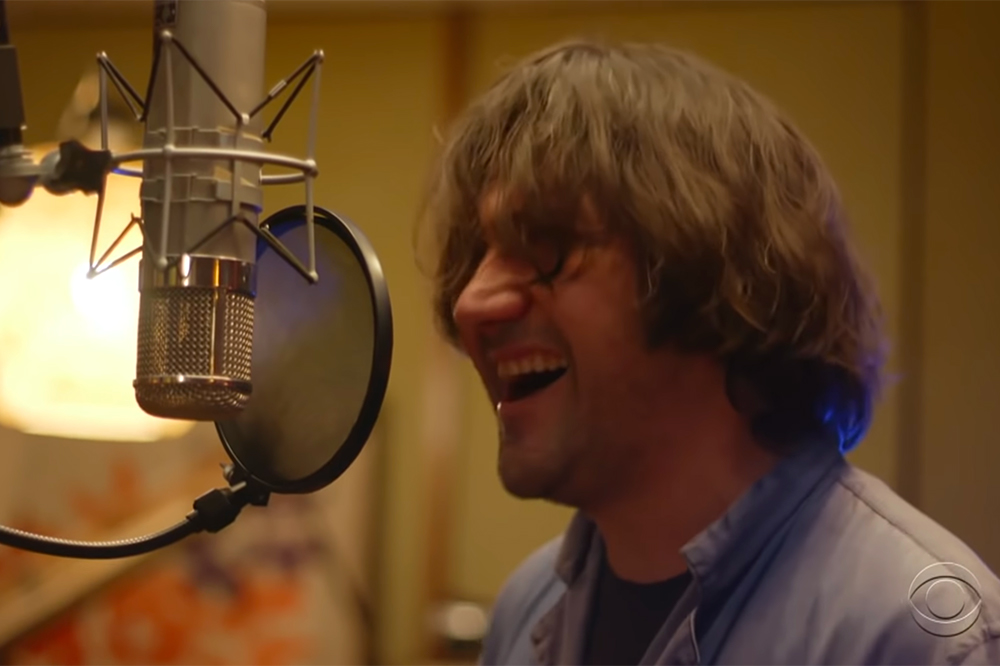 Following the release of their video for “Mariana Trench” earlier in the day, Bright Eyes performed the new single on The Late Show with Stephen Colbert on Monday night (June 22), which is the first time the band has played together in almost a decade.

And while you see the full band (who are performing in a studio), including Conor Oberst sporting black rubber gloves and Lucius, who provided supporting vocals, performing, there are moments when you wonder if they are all in the same room at the same time. Regardless of whether or not they were all in the room to make this one happen, it’s a solid performance from a band that we haven’t seen a long time.

Aside from single, Bright Eyes also announced their long-awaited record, Down In The Weeds Where The World Once Was, will be out on Aug. 21 via Dead Oceans.

Watch Bright Eyes’ performance of “Miranda Trench” on The Late Show with Stephen Colbert below.