The 10 Most Essential Was (Not Was) Tracks

As we mourn the loss of Sweet Pea Atkinson, we celebrate his work with the art-funk greats 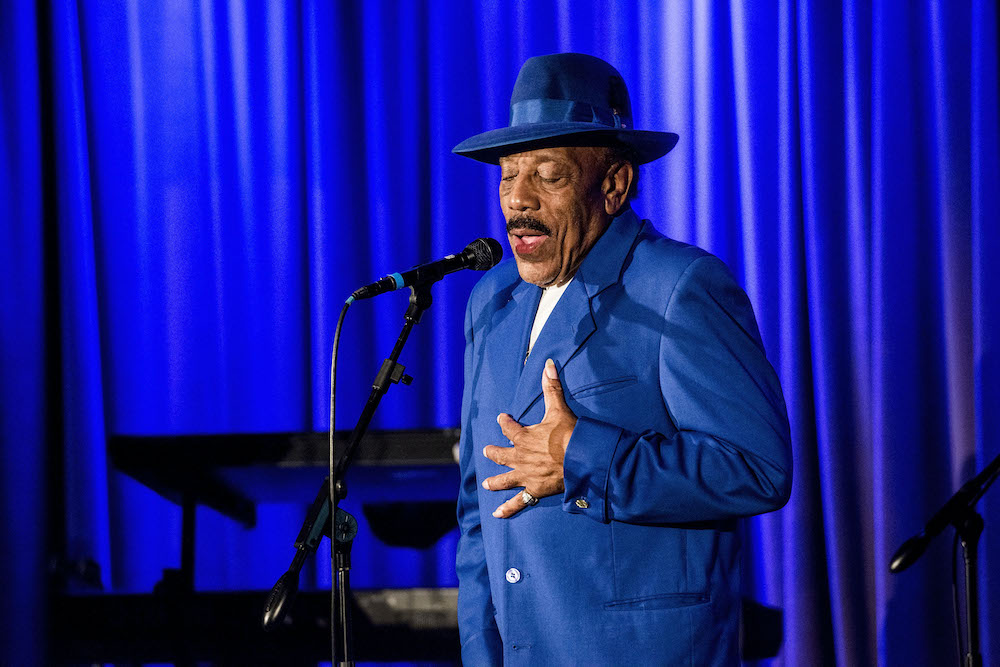 “I Can’t Turn You Loose” (What Up, Dog?, 1988)
Was (Not Was) was known for a song about feeling even better than James Brown. But on this full-tilt cover of Otis Redding’s “I Can’t Turn You Loose” that lives deep into the second side of What Up, Dog?, they showed they could be just as fiery a live band as the JB’s when they let Atkinson pay full homage to his music hero. They turned out a scorching version of this all-time favorite that starts at the energy of the Blues Brothers’ rendition of the tune and turns it up another five notches.

“Papa Was a Rollin’ Stone” (Are You Okay?, 1990)
In 1972, Norman Whitfield gave the Temptations this single he wrote with Barrett Strong in 1971 for their own group the Undisputed Truth, who in turn transformed it into a 12-minute psych-funk headtrip for the ages. In 1990, Was (Not Was) brought it back down to earth as the first single for Are You Okay?, their underappreciated follow-up to What Up, Dog?. The addition of a feral rap verse from a young, hungry G. Love (before the Special Sauce got to his brain) gave the classic tune the upgrade it needed at the doorway of the new decade.

“I Blew Up the United States” (Are You Okay?, 1990)
Ever since 9/11, its quite understandable to understand why this once-innocuous cut from Are You Okay? doesn’t get much airplay in 2020 (though more than a few YouTube commenters have called it Trump’s new National Anthem in the last year or so).  Like most of the David Was-led W(NW) tunes, “I Blew Up the United States” is a total exercise in lyrical button-pushing from the former jazz critic, but it was Atkinson’s smoothing presence on the song’s chorus that keeps things from devolving into pure anarchy.

“Mr. Alice Doesn’t Live Here Anymore” (Boo!, 2008)
Don and David Was originally penned this song, co-written by Bob Dylan, for Paula Abdul. There’s a sentence you don’t read everyday. “Bob Dylan and I were sitting in the lounge,” David Was told Mojo in May 2008, “Don walked in and he said, ‘Hey David, we gotta write that song for Paula Abdul. It’s like signing a name to a cheque for half a million dollars!’ Bob perks up. ‘Half a million dollars! David, get a pen and paper, we’re gonna write a song for Paula Abdul.’ You know he’s such a master maskmaker you never know whether you’re being put on or not, but I got the pen and we traded lines.” Unfortunately, Abdul took a hard pass on the tune. But the group wound up recording their own version for their fifth and final LP, 2008’s Boo!, augmented by the timeless Hammond organ of special guest Booker T. Jones.

“Crazy Water” (Boo!, 2008)
2008’s Boo! was indeed a surprise for many longtime Was (Not Was) fans who closed the book on the band back in 1990. Released the year Barack Obama won his first term as U.S. President, this album contains some of the most serious music in the group’s songbook. And the most poignant track is the one they released as its first single. The swinging “Crazy Water,” on its face, is rooted in a small Texas town in the throes of Prohibition. But when heard in the context of the economic collapse George W. Bush left to the Obama White House that year, Atkinson’s cadence in the chorus takes on a whole new meaning regarding America’s addiction to oil.

Ron Hart
Previous
Tags: Sweet Pea Atkinson, Was (Not Was)

Sweet Pea Atkinson, Was (Not Was) Singer, Dies at 74

20 Years Later: Was (Not Was) Still Boggle the Mind