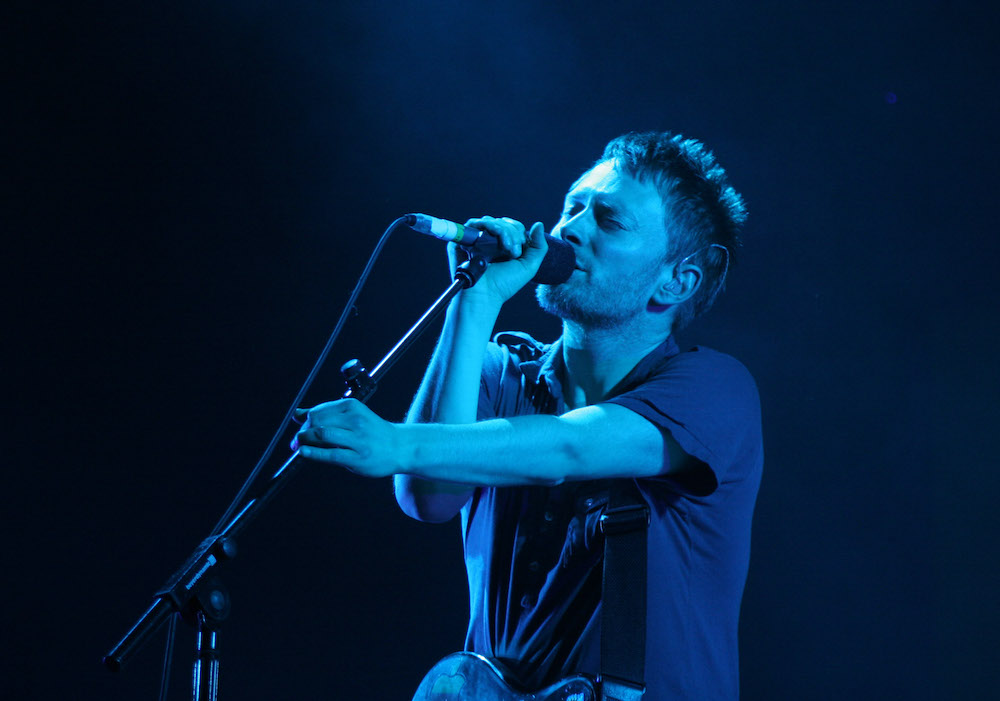 Radiohead went a bit further into their archive for this week’s livestream. The band has played many festivals in the U.S., but none can quite match up to what they experienced at Bonnaroo in 2006.

“Thanks for watching last week’s Coachella concert. This week, something new: We’ve tracked down the original desk audio for our Bonnaroo show. Filmed in 2006 in Tennessee it’s easily, comfortably, the best festival experience I’ve ever had in America,” he wrote in a tweet. “I hope the heat, dust, and smell of fine southern whiskey comes over as well as the songs – and that we all get back to live music soon.”

The marathon 28-song set kicked off with “There There” and included “Kid A,” “Exit Music (for a Film),” “Paranoid Android,” “Fake Plastic Trees,” among fan favorites.

As has been the custom for the past few airings, the set will go live at 10 pm UK/2 pm PST/5 pm EST.

Last week, Radiohead shared their memorable set from the second weekend of Coachella 2012.

Check out the setlist from Bonnaroo below:

Encore 2:
House of Cards (“I Might Be Wrong” was listed as an alternate in this spot)
Everything in Its Right Place