The video for it is fit for a pandemic 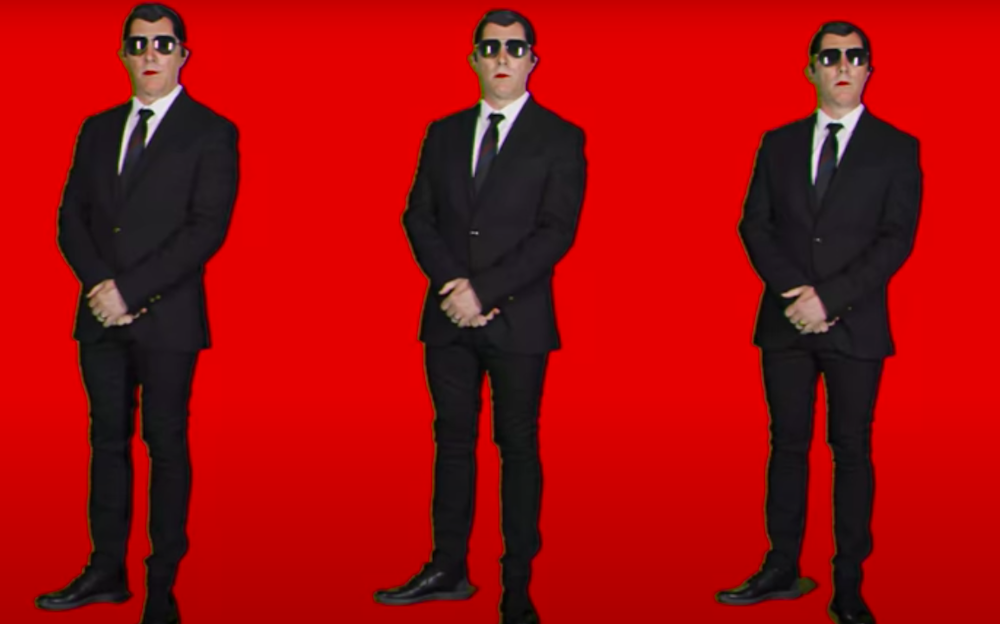 Tool had been rolling along on the road — until the COVID-19 pandemic hit. Once that tour got postponed, singer Maynard James Keenan instead (in all likelihood) figured it was a good time to roll out a new Puscifer song.

Titled “Apocalyptical,” which is decidedly fitting for these times, the five-and-a-half-minute tune is synth-driven and the video for it, which you can watch below, is likely inspired by the pandemic. It starts off with a guy skateboarding in a hazmat suit in Los Angeles and kinda just goes off from there.

In an interview with Zane Lowe on Beats 1, Keenan explained a bit about the song and how it was made.

“Try it again tomorrow or try it again a week from now, but don’t let yourself off the hook. Force it. And then all of a sudden you’ll find when you get past this, it’s almost like a crest, you can see the entire valley. ‘Oh shit here it is.’ and it all unfolds. And that’s what happened with ‘Apocalyptical,’ this track that we’re releasing. I was like, ‘No, I’m going to get this thing.’ Because I had been working on another track before. I couldn’t crack it and I did it. I did the due diligence. I was forcing myself to try to nail it, couldn’t get it, put it aside. I was going to take a break and then jump right into this one. Cracked it. Matt (Mitchell) was out here for Harvest and we tracked it on my wife’s birthday.” Keenan said.

He also said that the timeline for that recording was last September.

The new Puscifer album will be out this fall.