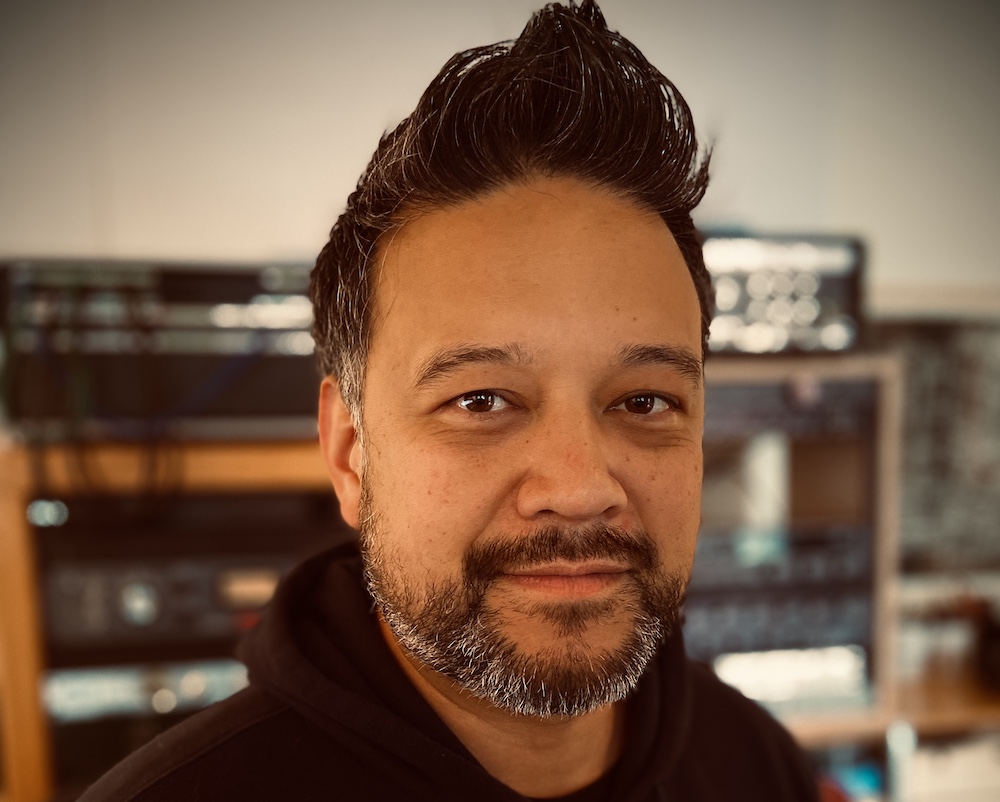 For Josh Evans, producing Pearl Jam’s Gigaton was the culmination of a long run with the band.

Starting out as a studio assistant fetching coffee in 2004, Evans has been with Pearl Jam for more than half of their career. Thus, as his position grew within the band ranks, they entrusted him to oversee the building a custom studio in their Seattle headquarters that was operational at the beginning of 2017.

Though Pearl Jam had been working on new material since the release of Lightning Bolt in 2013 (on which Evans was a guitar tech) and around subsequent tours in between, the timing for the opening of their studio lined up for when Pearl Jam was ready to record. Not, though, until the studio space was ready.

Evans was busy wiring and finishing up ensuring that the studio was armed and fully operational until 2 am the night before the initial sessions began. He and John Burton, who engineered the album, helped design the space and build it from the ground up. But, their intimacy with the space allowed for the duo to help the band usher in this new era.

Evans thought he’d be hanging out with the band as they laid down demos for the album, but once things got serious, he figured they’d bring in someone else. But it never happened.

Before he realized it, Pearl Jam was leaning on him for opinions on the demos and didn’t kick him out for another person and by then, he was their co-producer. He was anticipating that at some point the band would bring “a real producer in,” but that didn’t happen.

“Sitting in the chair while Ed was doing vocals, guys were recording and even in 2017, it was pretty hands-off,” Evans says. “I was just pushing buttons and hitting record. But, it grew organically.”

“I knew they liked and trusted me as a person,” he says. “But to collaborate more — these guys have made a ton of records so they don’t need someone sitting there and saying ‘Play in A-minor here’ or ‘Let’s tighten this up boys!’ or ‘You got a better take in you, Ed?’ They know what they want and know what they’re doing. Definitely to help shape the sound and shape the songs and keep everybody excited over that long process to bring everyone’s ideas together — like if somebody had something that was off the wall and get something that everyone was excited about in the same way.”

In order to make sure Gigaton became what the band was aiming for, though, it took a while to get there. Ideas were tossed around, but nothing precious in the sense that collaborative, constructive guidance helped bring out the best in any given song. It allowed for a low-conflict and low-tension environment. The sequencing too, he says, had an intimate level of understanding of how to emphasize the sound of each song (he emphasizes the lead of the rawer “Superblood Wolfmoon” into “Dance of the Clairvoyants” to pop out in a cold contrast and the heavy outro of “Alright” into the quieter “Quick Escape” as examples) Evans says that it’s as much as about the process as it is the final product that allows for something to succeed or be something that the band is proud of.

Having apprenticed with Pearl Jam’s longtime producer Brendan O’Brien (especially during the writing and prep for Backspacer), Evans already had an idea of what worked for them in a studio setting.

“These guys didn’t set out to make a concept album or a climate change album,” he explains. “These guys wanted to work a little bit of a different kind of way. They would come together with all five of them and create something but someone else could come in the next day and rearrange someone else’s part or change the song around. It was explicitly stated among the band that anything could be undone. Maybe Stone might have changed ten things in a Mike song and the next day, Mike goes ‘I don’t like nine of those, but that one thing, that’s really cool and let’s keep that. There’s not a whole lot of ego with them.”

Though 12 songs ultimately comprise Gigaton, there were a bunch of other tunes, though, at different stages, that weren’t completed during the sessions. But in the end, Evans says, the album revealed itself in how it turned out.

“It was a super fun process for me to be a part of,” he says. “Jeff said to me that he was as excited about this as anything he’s done in 20 years, which is amazing. I would have been excited with any outcome, but as a producer, getting to finish and mix it, at the end of the day, I’m just so grateful to those guys to trust me with that.”