"Music is such an important part of our lives, especially now more than ever" 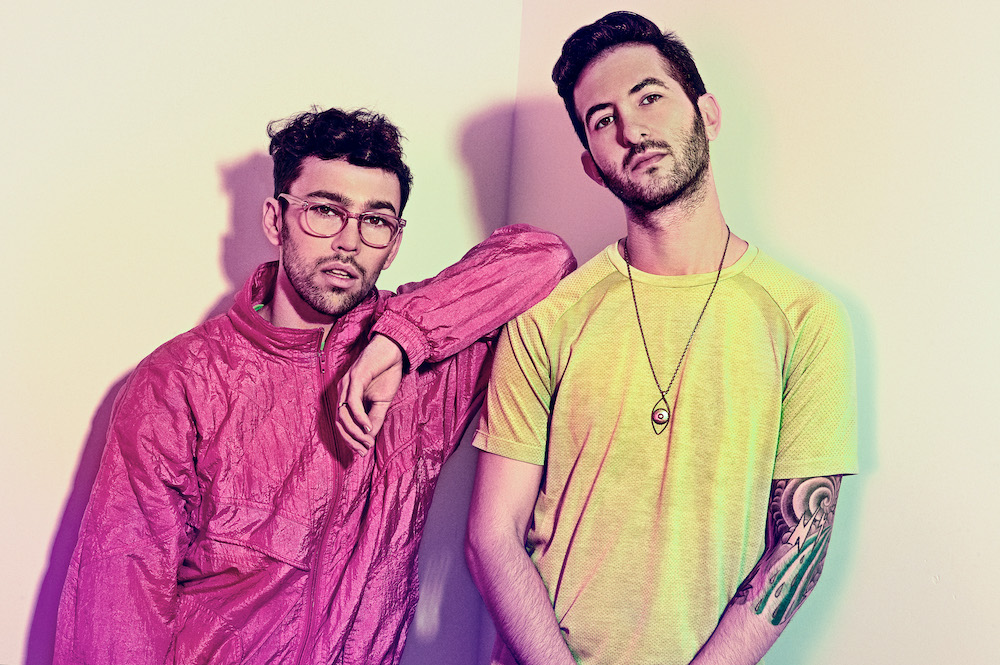 With everyone sequestered and self-quarantining due to the coronavirus, we’ve asked our favorite artists to come up with playlists that keep you entertained. Here are Los Angeles funk-dance duo Party Pupils:

Greetings from isolation in Los Angeles! We are thrilled to present to you a playlist that has been keeping us going through these rocky times.

Music is such an important part of our lives, especially now more than ever. I think we both agree that for us, we’re looking to music to inspire and make people happy. We’re all surrounded by bad news, why not make people dance and smile while they’re at home?

Here’s some music that has inspired us recently, especially in the making of our latest EP Neon From Now On that just came out last week on Dim Mak Records.

Party Pupils – “Lonelier”
In these extremely trying and uncertain times, almost everyone has an ex they’re thinking of calling or texting. This song is about NOT doing that, but instead living well as the best revenge.

Tame Impala- “One More Year”
It’s hard to describe the physical and emotional feeling I get when hearing this song and pretty much this entire album. It just sounds like if you could hear the earth breathe.

Mat Zo, The Knocks – “Get Down 2 Get Up – original mix”
I guess I slept on this track when it first came out since I only discovered it a few weeks ago but it’s one of the most classic feel-good dance tunes I’ve heard recently.

Abhi the Nomad – “Me No Evil (Party Pupils Remix) [feat. Party Pupils]”
Obviously a little biased but this is a favorite remix of ours recently. Did a little funky tech-house number on this one for our boy Abhi.

SG Lewis – “Chemicals”
Few artists can use simplicity to their advantage the way that SG Lewis does, and he never misses. “Chemicals” is pure vibes, which is consistent with the rest of his catalog. I’ve been a fan for a long time now.

Quinn XCII feat. Marc E. Bassy – “Coffee”
Quinn and Marc are both amazing artists and they’re combined forces on this track, bringing it to another level.

Jack Harlow – “What’s Poppin”
Jack has been slept on for years. We’ve been close with DJ Drama since I worked with Lil Uzi Vert on my MAX record and Ryan and I toured with him. Drama always has the best taste so it’s been clear Jack was a special artist since the beginning.

Joyryde – “On Fire”
Like pretty much all of his music, Joyryde’s latest album is pure energy. This track makes me want to parkour off skyscrapers.

Duck Sauce – “Get to Steppin”
Duck Sauce is straight-up disco party music. There’s not much more you need to know. It’s just fun.

Louis the Child – “Little Things (with Quinn XCII & Chelsea Culter)”
Louis the Child has been a huge part of both the Pupils’ and MAX’s world. We love the guys and their music. One of the best tracks they’ve ever released for summer vibes.

Still Woozy – “Window”
Obsessed with this record and think Still Woozy is one of the most innovative artists out there right now!

Phony Ppl – “Fkn Around (Feat. Megan Thee Stallion)”
I grew up with the Phony Ppl gang. Matthew, the drummer, and I went to summer camp together and we all grew up in New York. This track feels like a breakout moment for them which is awesome.

Carlie Hanson – “Daze Inn”
Carlie has got something really special and cool going on. I love watching her music evolve. We met about a year ago and I’ve been a fan ever since.

Yung Bae, BBNO$ & Billy Marchiafava – “Bad Boy”
LOVE this record. Infectious and different. I may just have to jump on it pretty soon cause I love it so much 😉

Freddie Dredd – “Opaul”
I don’t even know how to describe this tune, but it just feels like dark, mid-’90s Beastie Boys if they worked with DJ Screw. Freddie Dredd is on another level.

BBNO$ & Lentra – “Mememe”
BBNO$ has become our boy in the last few months. He’s on another wavelength for sure. Sonically and personality-wise, he’s in his own universe and I love hearing what he comes up with. This is no exception.

Alexander 23 – “IDK You Yet”
Intimate and special song. I’ve heard about alexander 23 for a minute but this is the first song that has completely stopped me in my tracks. Such a beautiful record.

Channel Tres – “Topdown”
Found this tune late last year and instantly fell in love with Channel Tres’ entire aesthetic. Funky, low key, but energetic. This is the soundtrack to either the beginning or the end of your night, and in all the feel-good ways.

Chu Kosaka – “ボンボヤージ波止場”
Lately I’ve been using this time at home to dig for rare soul and funk from around the world, and I stumbled upon this gem. Japanese soul-funk is so unique in that it feels so familiar, so 1970’s America, yet it’s from so far away. This song feels like a Fall day in NYC or Tokyo. I love it so much.