... in an outdoor edition of Fireside Sessions 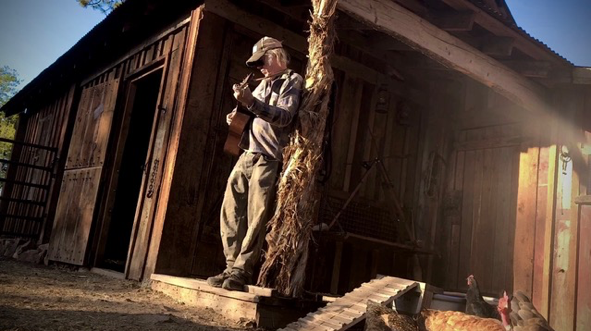 Neil Young has dropped his latest Fireside Sessions livestream, but with a twist.

Opening up with animals, Young took things outdoors but what he’s calling the Barnyard Sessions. As usual, the result did not disappoint.

Directed again by Daryl Hannah, the session is just under 29 minutes and sees Young go deep into his catalog. Opening up with “Tumbleweed” from 2014’s Storytone on ukulele outside of the barn, Young barnstormed through songs including “Homegrown,” “Everybody Knows This Is Nowhere” (where he’s surrounded by chickens) and “War of Man” as twilight beckons.

In addition to the chickens, Young was surrounded by horses, llamas and an alpaca.

As usual, Hannah and Young recorded Fireside Sessions from their home. The previous session was released on May 7.

In his previous sessions, Young went deep into his extensive catalog, performing rarities or solo versions of his classic songs. Young’s Fireside Sessions continues to be unpredictable and this one, of course, continued down that path (albeit with fewer rarities compared to the past few sessions) even it featured some more conventional choices by his standard.

Young’s Homegrown will be released next month.

Check out the session here.