Watch him prune the roses and herd some sheep 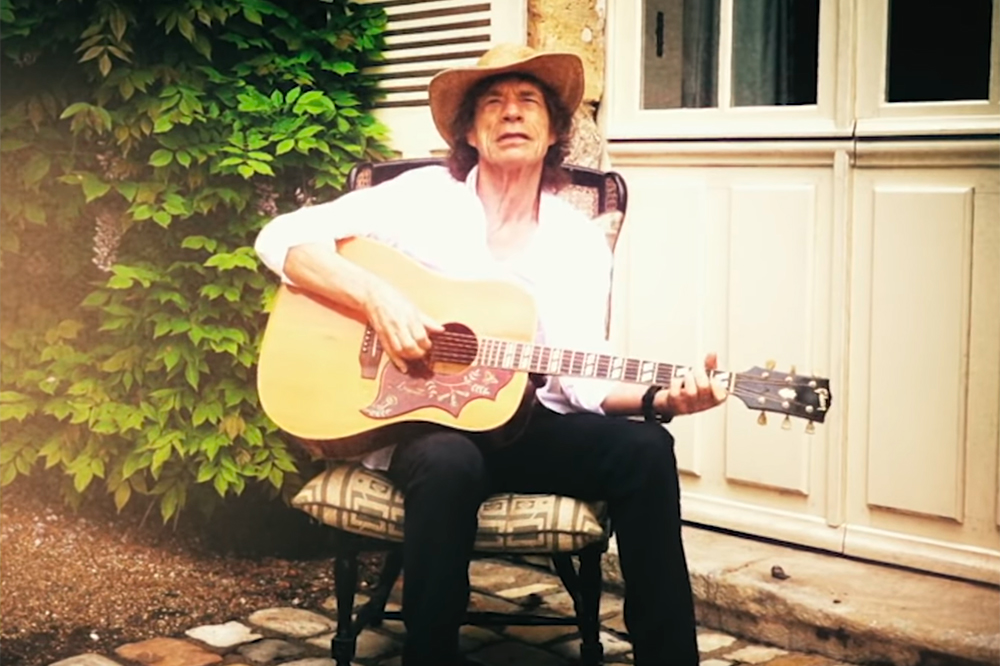 When we think of Mick Jagger, usually images of dancing around with a mic stand and doing high kicks come to mind. But in a new video that the Rolling Stones singer recorded for last night’s (May 4) episode of The Tonight Show Starring Jimmy Fallon, Jagger shows a more slow-paced and rural life.

Edited to look like an old British public service announcement, Jagger performs a variety of chores including giving a car a tuneup, making dinner and herding sheep. You’ll also see him attempt a set of jumping jacks during the exercise portion. Meanwhile, there is a British voice narrating the whole thing — giving it that old-timey feel.

They also postponed the North American leg of their No Filter Tour due to the global pandemic.

Check out Jagger on The Tonight Show below.