Members of Underøath, Revocation, Allegaeon, and more look back on the surprise hit debut album 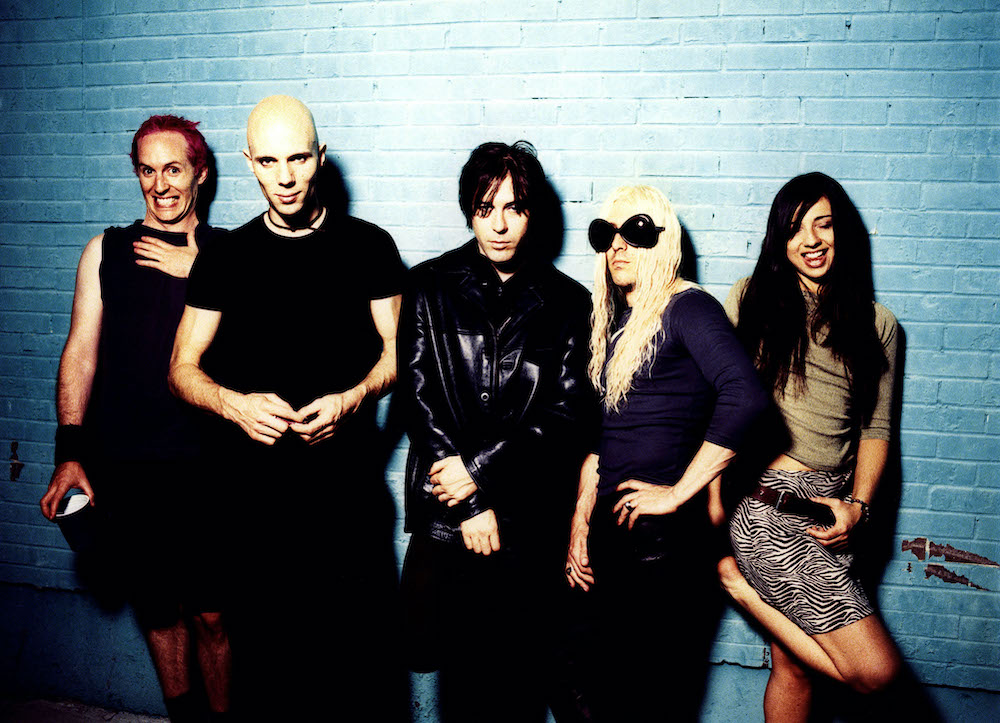 I never really understood Tool. I know, it’s considered a deep sin in the realm of progressive music to shun them in any capacity, and I don’t dislike them or anything. Their music just always felt like a bit of a slog to me, even as someone who can sit through just about any classic prog-rock opus you can throw at them. I always really appreciated their effort to keep the genre alive and inventive especially in a time when that definitely wasn’t considered “cool.” The main thing that always bothered me about this, however, was that I absolutely loved Maynard James Keenan’s powerful vocal ability and delivery, there was just something about it that felt to me as though it wasn’t being used to its fullest potential.

Enter A Perfect Circle, and their breakout debut, 2000’s Mer de Noms. It seemed to show a new side of Maynard and a whole new context for his voice to shine upon. At the time, the “supergroup” nature of the band was sort of lost on me aside from Keenan himself — I was 13. All I knew was that I was hearing that intriguing voice I’d heard in all of those creepy, cool music videos from my childhood but with a sort of renewed vigor, and a new, more hook-oriented focus. It took until their second record for me to understand exactly who Billy Howerdel was and how understated and striking his contributions to my overall musical appreciation really were.

That being said, Mer de Noms’ contribution to genuine rock music in the early 2000s can never be undersold. “The Hollow” crushes with its fiery hunger, “Judith” lashes out with vitriol toward a manipulative dogma, and “3 Libras” lulls you in with melancholy and beautifully vibrant orchestration. All of this while keeping an incredibly refined focus on songcraft and that oh-so-coveted replayability factor. I have trouble not belting out these songs along with Maynard every time I hear them.

It’s hard for me to put a finger on exactly how much this record impacted my young and malleable musical mind. But its effect on me was certainly palpable, and unlike a lot of records I listened to at age 13, it holds up rock-solid to this very day. I became an A Perfect Circle fan when I was about 14. I had just joined a band with a couple of guys who wouldn’t stop raving about this Maynard James Keenan guy. At the time, I hadn’t heard of either A Perfect Circle or Tool, so it didn’t mean a lot to me. It wasn’t until they finally forced me to listen to Thirteenth Step that I finally became a convert to that whole 2000s-era world of melodic alt-metal. When I finally finished geeking out over Thirteenth Step and checked out Mer de Noms, it was like I had discovered a whole different version of the band I already loved. I was blown away by how different a band could sound album-to-album.

Mer de Noms is immediately palatable for the listener, but also musically complex enough to keep the listener’s attention well after the first few listens. It did a great job of distilling the melodic but heavy sound that really defined that era of rock and metal, so it’s not surprising that it was popular at the time. But I think a lot of bands of that period in rock didn’t end up having a lot of staying power, mostly because so much of that style of rock is so sugary and straight forward. By contrast, with Mer de Noms, A Perfect Circle took that general style of music and put so much depth and thoughtfulness into it. It’s both pleasing and challenging.

I was totally blown away by how A Perfect Circle were able to layer their instruments. They have always been great at taking minimalist instrumental parts (parts that often don’t sound like much on their own) and putting them together to form these really musically complex songs. This is something I’ve really admired for a long time. As a guitarist who tends to write really busy parts, I sometimes have to remind myself that it’s possible to build a really big sound out of small parts.

I really got into this album when I was basically still learning to play guitar, and I naturally thought that every song had to be 100-percent about guitar all the time. “Orestes” really helped to expand my understanding of rock and metal music. Even though I think that A Perfect Circle are basically a guitar-centered band, the emotional power of a song like “Orestes” really comes from the whole band, shaping the sound in unison. It really helped me understand that it’s just as important to focus on what everybody else is playing as it is to focus on your own parts. I was 15, and shoulder deep in my musical exploration when I first experienced A Perfect Circle. I’d been a Tool fan for about four years by then, so I was excited when my buddy Brad picked up Mer de Noms on his way to see Nine Inch Nails in Dallas (I was also super jealous). I knew from my first listen, this album was special. Its dark, gritty nature blended flawlessly with a surprisingly melodic beauty that pushed and pulled the listener with a disarming elegance.

It’s incredibly well-balanced. The drums were mixed upfront, but still finessed an emotional and technical foundation that lulled the listener into a hypnotic trance with just enough twists and turns to keep them on their toes. The thick, heavy bass and rhythm guitars seamlessly rode the line between hard rock and heavy metal. For me, the highlight of the album was Billy Howerdel’s guitar work. His leads and melodies were rich and thoughtful without being too wanky or gaudy. I recall really wanting a guitar slide after I first heard “Judith.’ The music on Mer de Noms was a refreshing counterpart to Maynard’s unique and noteworthy vocal stylings, generating an almost gloomy optimism in its sound, and creating one of the most complete and compelling records of the 2000s. Mer de Noms came out the month I graduated from high school. I’d grown up on rock radio, but by 2000, I was already feeling the suck of deregulation on radio and looking elsewhere for music. Mer de Noms came just as I began to give up on the rock that was coming out and was diving into less radio-friendly varieties of psych and folk.

I don’t know if I realized it at the time, but part of what made this different from other more format-friendly contemporaries, and what continues to be interesting about Mer de Noms is the band’s ability on certain songs to blend its influences into something new and different. There are moments when the juxtaposition of seemingly disparate musical elements comes through as a distinct voice. On the surface, the record leans towards a heavy feel, however, the record contains some exploration of elements that are not traditionally heavy. Paz’s violin on “3 Libras,” the cumbia-like drum beat towards the end of “Renholdër,” or the acoustic guitar work on songs like “Rose” aren’t ingredients you expect a band like this to be cooking with. At the same time, they blend in monotonous, hammering—almost Swans-like—repetition in the back half of “Thinking of You” and relentlessly somber bass on “Magdalena.”

When all these elements combine with less regard for hard rock conventionality, it works. The idea that the darkest guitar part might be a groaning acoustic guitar and not a Les Paul into a Marshal, or that you can put a bombastic rock freak-out next to a delicate violin arrangement with proggy verse arrangements — think “Rose” next to “Judith”— seemed freeing to me at the time. Don’t get me wrong, there is plenty of middle-of-the-road rock guitar and shouting on this album, but I think Mer de Noms is strongest when it wanders away from straight-ahead rock.

To that effect, there is a closeness to Keenan’s vocals on this record and his approach is more intimate than the instrumentation would lead you to expect. The music is often heavily dynamic, but there is a human element added by a more vulnerable vocal sound. This record was an education for me. I realized screaming wasn’t the only way to be intense, that sometimes the heaviest thing you can do is bring it in close.