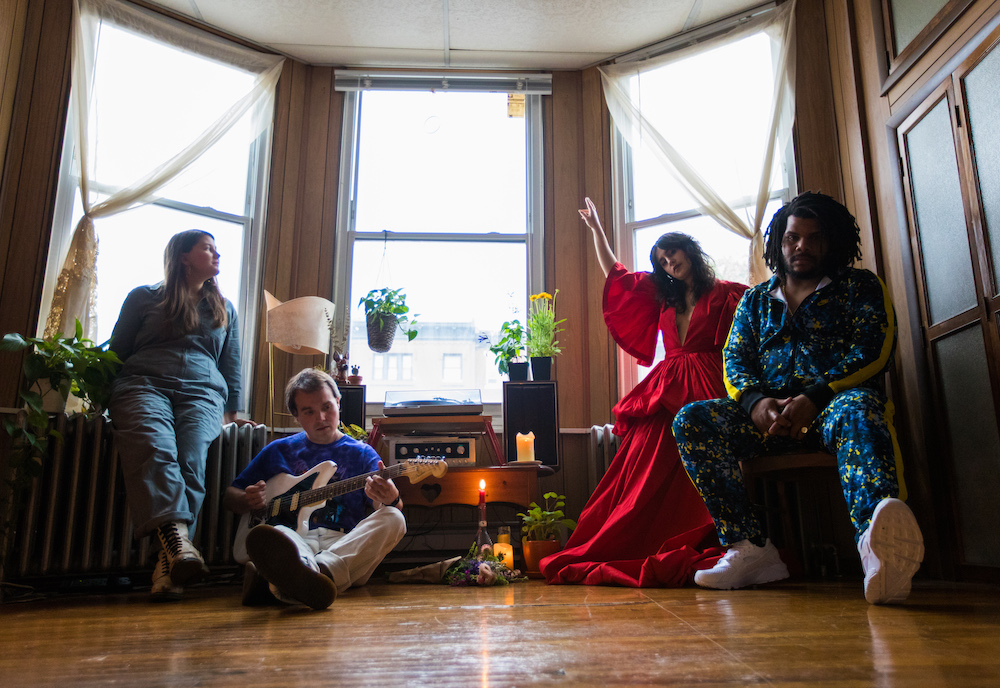 With everyone sequestered and self-quarantining due to the coronavirus, we’ve asked our favorite artists to come up with playlists that keep you entertained. This edition is by Marisa Dabic, the singer/guitarist of Philadelphia-based punk band Mannequin Pussy:

Fever Blush – “Remember”
I know close to nothing about this band. I think they’re from Nashville? Last I checked they only have two songs out – this being one of them. To me, this is a perfect rock ballad – it just hits in that way. It feels familiar but it’s new. Every time I’ve put this song on somewhere – someone inevitably asks me who this band is and I’m have to say uh I don’t really know but I wish I did.

The Spirit of the Beehive – “Without You (In My Pocket)”
Rivka & Zack’s vocals melt into each other so beautifully on this song. When I first heard it I wished the vocal melody in the very beginning would return but nothing ever in Spirit songs! It’s so haunting – so I just have to listen to it again to chase that feeling.

A Giant Dog – “I’ll Come Crashing”
If live shows ever come back I wanna see this band. This whole record is one of my favorites from whenever it came out.

Nirvana – “Aneurysm”
Is there such a thing as an underrated Nirvana song? If there is then this is it. And why is it so underrated? I’ve heard a lot of people put Nirvana on in the car or at a party or play it on the radio or where the fuck ever and they NEVER put on this song. What’s wrong with people?

Destroy Boys – “Fences”
We toured with DB last year and I would wake up with this song in my head every day of the tour. At the time it hadn’t been recorded so I could only look forward to it in the set every night – but now it’s out and I can listen to it whenever I want.

Thick – “5 Years Behind”
I love it when a song sounds upbeat and sunny but the lyrics are all existential dread. It’s like a Trojan Horse but you’re not gonna be killed by a surprise army and you don’t care that you got tricked.

The Breeders – “Do You Love Me Now?”
Do you wonder if there’s anyone out there who wishes they could be quarantined with you? Like daydreams about it?

Ashnikko feat young baby tate – Stupid
OK, I didn’t think the transition from Gillian Welch to Ashnikko would work so well, but it does?? The best song to come out in years. The verse is so strong. The hook is crazy. This song keeps going there and I will let it take me. “I don’t need the dick I need magic I need money” – this is my poetry. This is my Rupi Kaur.

Yeah Yeah Yeahs – “Tick”
This song feels like someone unraveling which is coincidentally how I feel! Karen O spitting out YOU LOOK LIKE SHIT is an absolutely iconic moment in music history.

Grlwood – “Bisexual”
I think someone in this band gave me their CD at a show of ours in Louisville. Usually, when that happens, I tend to lose the CD or tape and never get to listen. This one survived the tour and I’m glad it’s the one that did. I love a voice that can cut glass. My kinda shit.

Rage Against The Machine – “Bulls on Parade”
If you had asked me three months ago what I was most excited for in my LIFE I would have said “Seeing Rage Against the Machine.” Well, I’ve got a sad story to tell you: I didn’t get to see them and who knows if I ever will but at least I have Tom Morello’s Masterclass to keep me company.