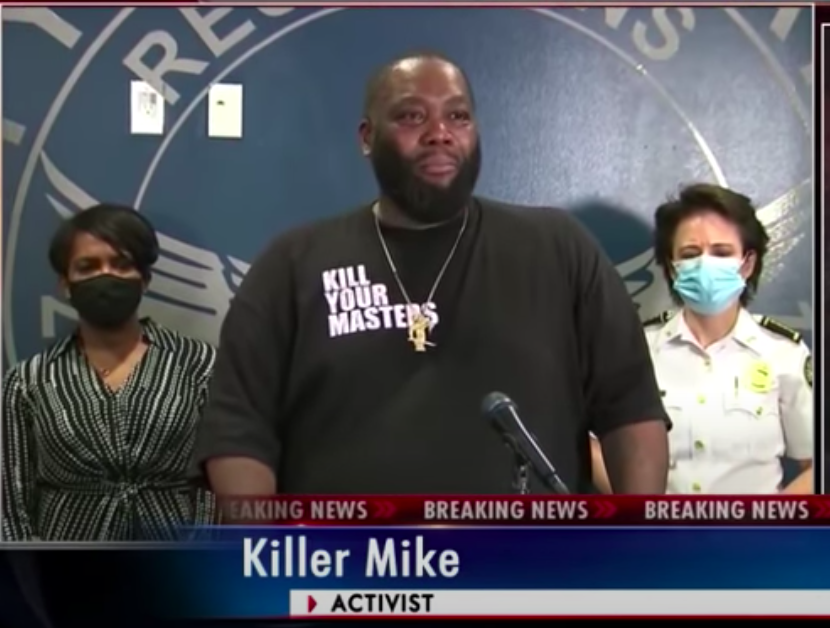 As the protests around the country continued to rage in the wake of the murder of George Floyd by a police officer, Run the Jewels rapper Killer Mike delivered an impassioned plea to protestors in Atlanta.

While the city’s downtown became engulfed in protests that turned violent, the rapper, who was speaking aside Atlanta Mayor Keisha Lance Bottoms who urged them to go home, opened by saying he didn’t want or be there, but as the son of a police officer, how things haven’t changed in 80 years.

He continued, saying that he’s tired of seeing black men dying and graphic from there.

A few days ago, Killer Mike wrote an op-ed about why minorities need to exercise their Second Amendment rights to bear arms. He has been a staunch supporter of Bernie Sanders as well.

Watch his entire speech below.