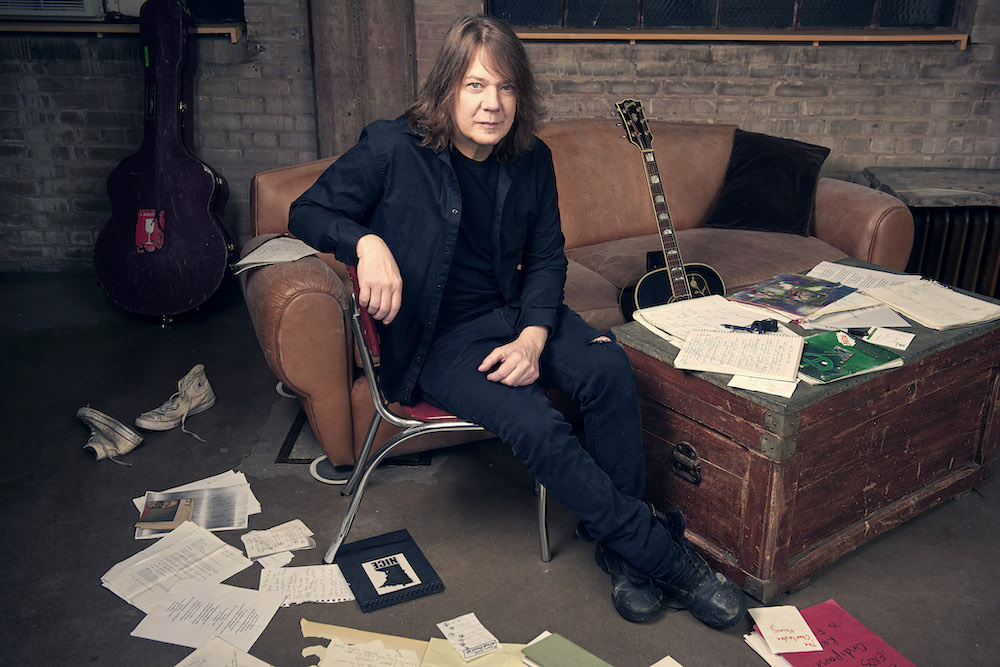 Somewhere in the ‘80s, someone gave me a mixtape of — I guess — their favorite Joy Division songs. And, it got quite a bit of play. I never had much info … all I had was the cassette tape, so I didn’t really find out a whole lot about the band until a bit later. That was a very mysterious tape, you know. It didn’t have a lot of writing on it or anything, but I listened to it a lot. And we covered “Love Will Tear Us Apart” for a while and I saw New Order play. For a band that released only two records, they made quite an impact. Especially that design [for Unknown Pleasures]. What is that? Is that … something, or is it a design?

Anyways, the kid that gave it to me was into Alien Sex Fiend and whatnot. He was a very dark dude. He was what they would call “goth” these days. And that sort of added an extra layer of mystery to it — this dude with heavy makeup on hands me this tape that didn’t really say anything on it, and it leant itself to the whole mythology of something. I was like, “Where was this coming from?”

Joy Division absolutely inspired me creatively, because it didn’t really fit in with most of the … I thought I probably would have had that covered once I figured it out. It was like, “Where the fuck was I?” But, yeah, by the time I had the record, it just had a completely different kind of a demeanor to it, a different kind of a feeling to it. It wasn’t like the Sex Pistols and it wasn’t like the … I mean, the band I bring up is the Fall, because I believe they were around at the same time but didn’t sound anything like Joy Division. They don’t even evoke other Manchester bands for me. So, they just kind of don’t fit into a category that … well, I’m not digging the categories anyway, but I didn’t go, “Oh man, Joy Division must hang out with The Damned.” It just sort of had this loner thing to it that I definitely identified with. It definitely had a dark edge to it, and it was mysterious. It makes me go, “Where the fuck are these guys from?” It evokes more questions than answers. They were amazing. The song “They Walked in Line,” that one really got me. That one made me go, “What else do they got?” It just made me want to dig deeper. 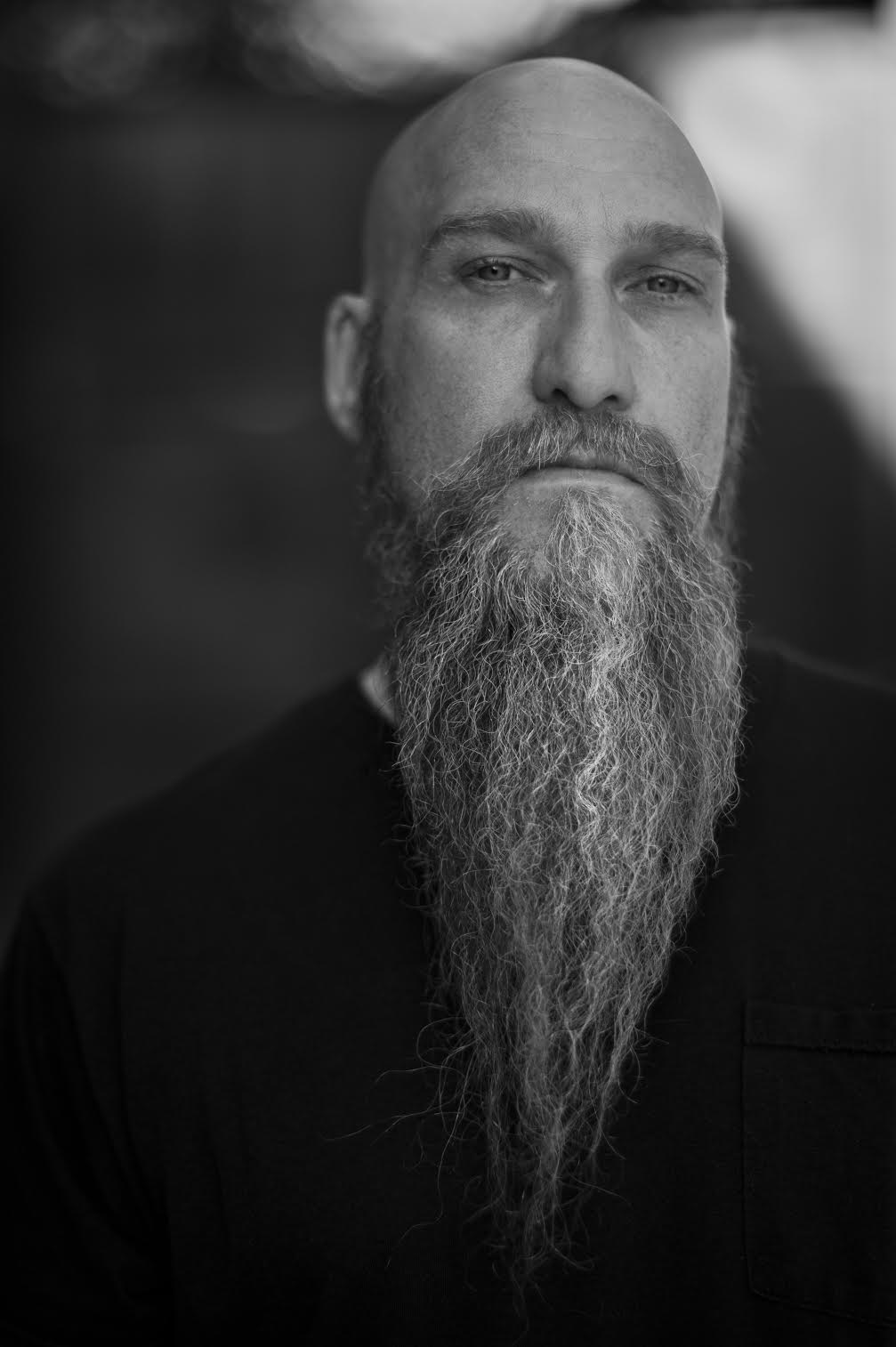 The first time I heard Joy Division, I probably didn’t get it. There were only a few freaks in my high school who listened to weird music, and there were a few of us who were into the heavier stuff — some kids were more punk, some more metal. The other couple of freaks were what we called “goths” or whatever back then. We all started sharing our stuff at around the same time, and it all really cross-pollinated.

As I got old enough to understand some of the more emotional depth of what I was looking for in music, there was one point at which I went down that road, and Joy Division, to me, was honest and pure. They were one of the few bands of any genre that sounded like they came out of nowhere. You don’t hear their influences. But they really sounded like … you listen to the punk of that time, the pub rock that sort of predated them, and stuff like that, and it’s like, “Where the hell did this come from?” It has such a different tempo, such a different attack. And mostly, for me, the sonic nature of what they were, those melodic bass lines that kind of paved the way for other bands that kind of took that as a kind of a lead thing … that kind of driving sound. As a guitar player, I have always liked textural guitar players—ones that know how to leave space—and those Joy Division tones leave a lot of space. They’re still edgy and dirty, but they’re not full-on distortion and they’re not clean and pretty. They’re kind of icy, and they cut, but they leave a lot of space, to where the notes hang out and that reverb extends, and just the emotional depth of what the songs make you feel.

I like how it’s open for interpretation. The lyrics and the music certainly paint a scene, but you’re not a voyeur witnessing someone else’s life. You are able to put your own experience into it because, like great poetry, it’s left vague enough for you to apply to your own experience, and the music just sets that perfect tone to do so. The way Neurosis were influenced by Joy Division was not so much that we wanted to borrow anything stylistically, but that we wanted to be one of those bands that paved our own way, that forged our own path, that sounded like we came out of nowhere, by being able to paint an emotional tone and give a really deep human emotional experience with music.

We covered “Day of the Lords” a long time ago before we really became ourselves. For only two proper albums and all the demo releases that came out, they covered quite a wide territory in a couple of years. I was always partial, from a guitar angle, to “New Dawn Fades,” with that emotional progression—again, with space—and single notes, not big old chords, and just a beautiful, hypnotic tempo. Vocally, Ian had some depth. I think he really came into his voice. What a great voice! Vocally, I like the atmosphere. That just makes you want to turn on the eye fountain. The music, it felt classy — it felt literate. It had a level of sophistication that the Sex Pistols and the Damned didn’t necessarily have. They were truly the first ones to trudge that sonic path, and I am forever grateful. 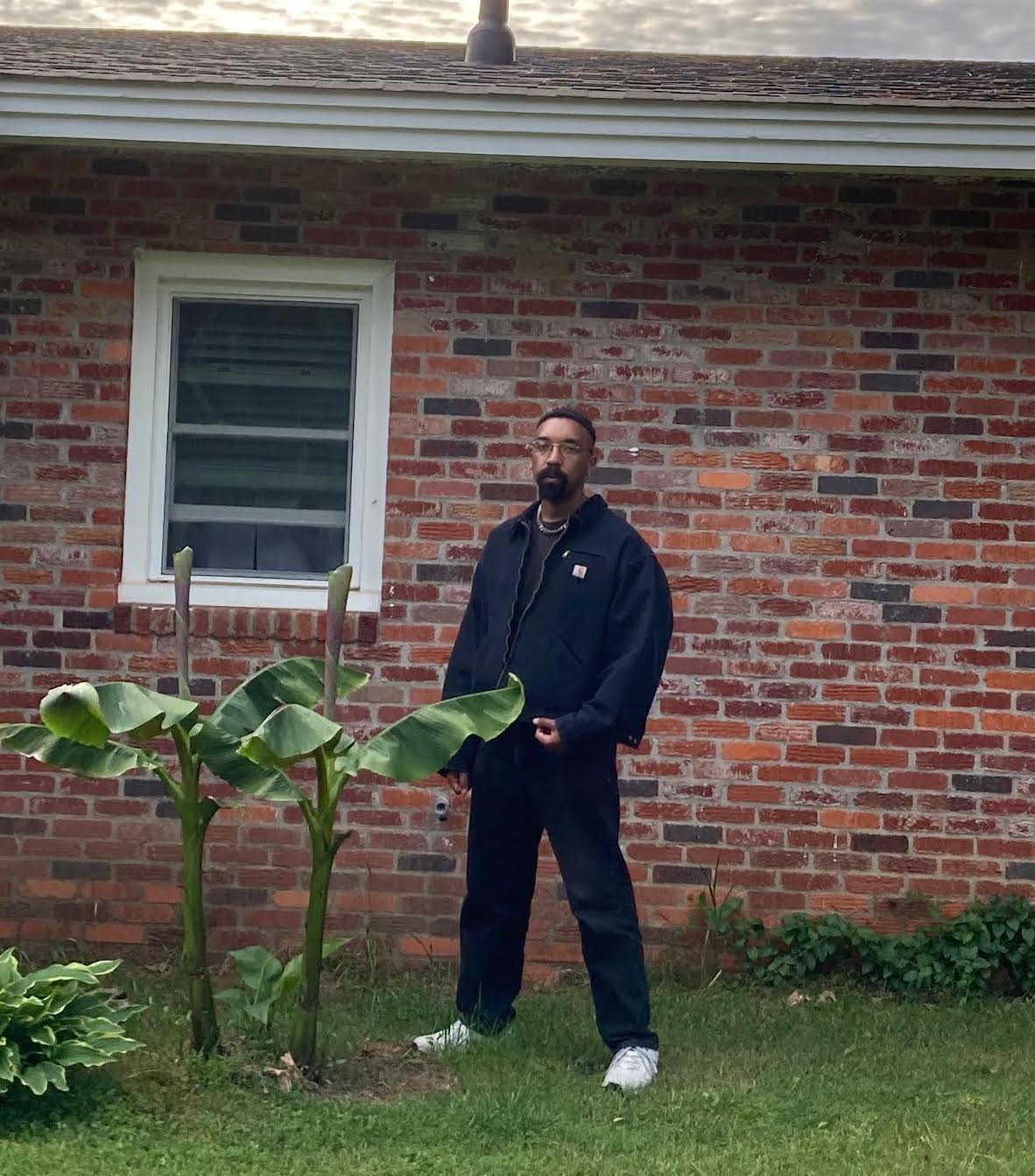 I got into Joy Division when I was 14 through a Russian music website. At the time, my friends in school would predominantly exchange 2000s-era street punk, emo, or classic bands, like the Sex Pistols. Joy Division stood out to me because it accurately captured a foreign yet familiar sense of tragedy and dread.

Ian’s death further catapulted the sorrowful tones into an odd, tangible dimension for me in my formative years. I was personally marked by the band’s ability to project this striking form of dissonant soul. Their music will remain infinitely relevant because each song is crystallized by its own cold and beautiful history. 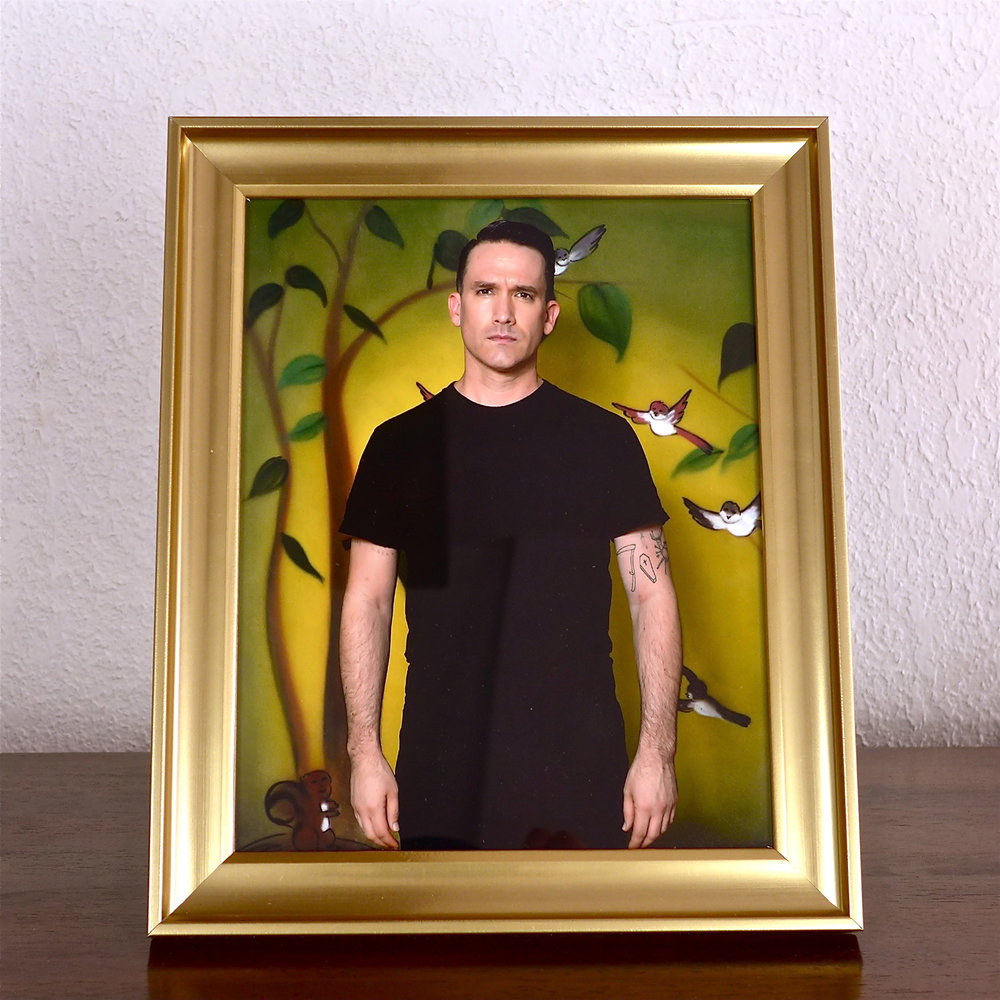 People don’t make music that good who are that old anymore. Hip-hop is an exception, but yeah, that just doesn’t happen anymore. I always forget that Ian Curtis was that young. I look at other 23-year-olds and I just … they’re just at a completely different stage of life, and I think, “Well, here’s one of the greatest singers in modern music history and one of the greatest lyricists in modern music history, who died at 23.” That’s like, you know, Rimbaud style, or something like that.

I’m in my early 40s so, I really got into music pre-internet as a teenager. And as a very young teenager, there was a show on MTV called 120 Minutes and there would be the “Atmosphere” video on frequently. Which is a beautiful and very strange and slow video. And I didn’t know who they were, or understand their connection to music history because there were a number of New Order videos on — I didn’t understand the connection — but both of those bands really resonated with me, before I really had any idea who they were. And this is going to sound like I’m making this up, but this is exactly how it happened. I grew up in the Valley in Los Angeles, and there was a record store that I think doesn’t exist anymore called Tempo on Reseda, and I was just like, “Today, I am only buying records that have no title on the front and that the covers are all black or all white,” and I obviously bought Unknown Pleasures, not knowing what it was, and I bought Low-Life by New Order and a couple of other records. I put it on and was like, “Oh, this is that band” and the songs were different — “Atmosphere” wasn’t on that —but I recognized the singer and the style, and it was from then that both of those bands became slowly, but quite deeply, enmeshed in my musical consciousness, and very definitely my informative years.

I’ve been tremendously influenced by Joy Division. In profound ways. Vocally for sure, Bernard Sumner’s playing, Peter Hook’s playing, Martin Hannett’s production, especially. Lyrically, not initially, but in the last few years, a lot more so, insofar as that, if you just read any Joy Division lyrics, they’re not particularly narrative or linear, but they all have very specific feelings. You know that it is about something very real and something jarring and, for the author, something very specific. Even though it doesn’t necessarily say this happened and this happened, and this happened as a result of that, which is a lot how I, and still do to a certain degree, only wrote lyrics like that. And then, in the last few years, I’ve been a little more flexible with that and adapted Ian’s model of that. For me, I know very specifically what it’s about, and kind of trying to write something that has a tone or a feeling, even if it’s just somebody who is reading or happens to be hearing it, that it’s not initially as obvious even though the emotionality from the Joy Division songs is very much there. So, I try to emulate that.

They have never not inspired me, I think, in any band that I have ever been in. There’s always been an aspect of something they have done insofar as the sounds they have used, how all of the parts are extraordinarily catchy but also incredibly simple, which is something I have always tried to strive for, based on their initial inspiration.

They didn’t really look that cool. At that time, I was also getting into the Cure and Bauhaus and a lot of the 4AD bands — the Bad Seeds. They all have a look, you know — they were dressed for their music and Joy Division just sort of looked like some schmoes. And because of that, it made it seem — I mean, I totally think the Bad Seeds and the Cure and Bauhaus looked super fucking cool. But it made Joy Division seem that much more real to me, because—not that the other three bands I mentioned are steeped in artifice — but because there’s a look, there’s a little bit of a distancing going on there, which can be great because it can make the music seem that much more kind of magical. With Joy Division, it was just there. Any of those guys could have worked at the university library and you’d never notice them, ever. But they were changing music history. I have always thought that was pretty wonderful.