Jonah Ray: Tracking The Sounds Of My Life (Memories and the Corresponding Music)

He reminisces about his experiences as a roadie, which led a very uncomfortable encounter with the Walkmen 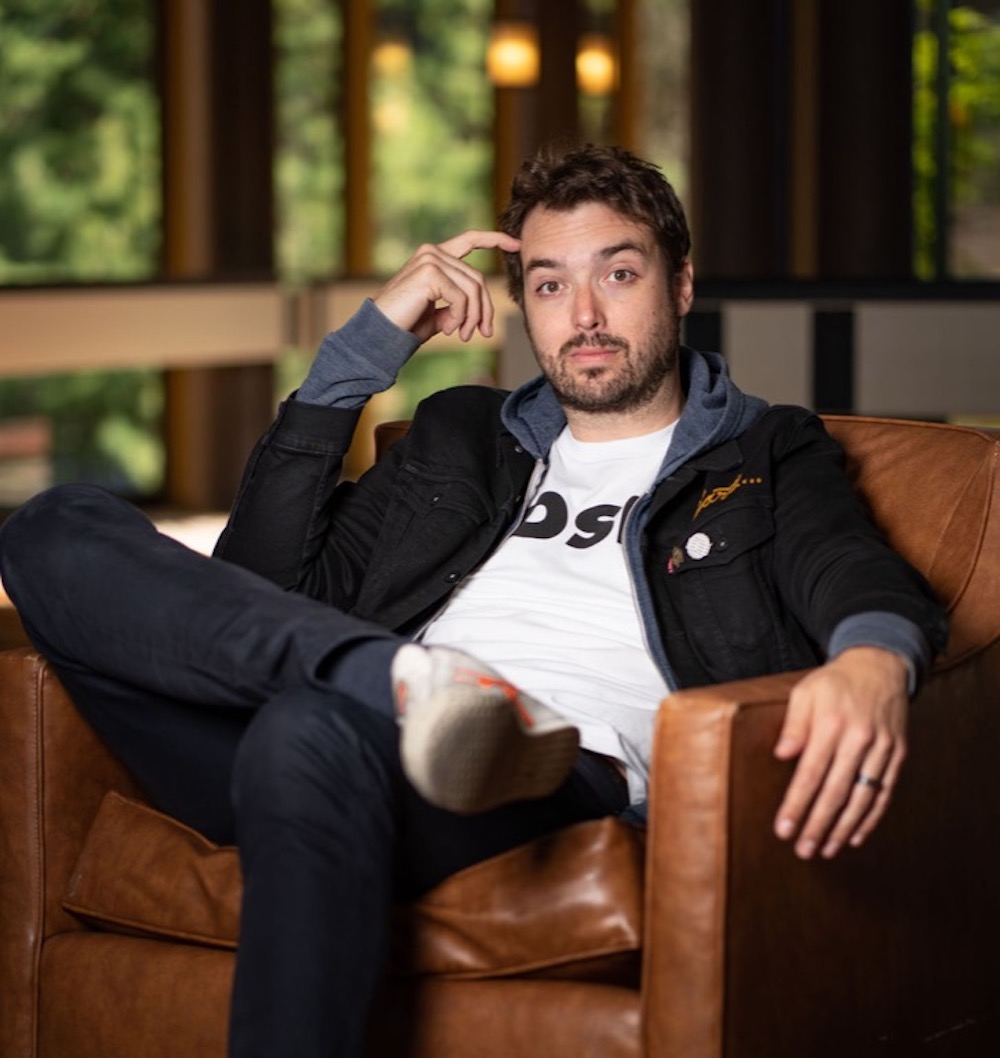 Each month, musician/comedian/podcaster/overall Renaissance man Jonah Ray will share memories about his “music adjacent life” that will often be more embarrassing than informative.

I was 19, living in San Pedro, California and floating around my own life. I had moved out to Los Angeles to do comedy but was too scared to start. I knew people down in “Pedro” because the year before, THE JAG-OFFS came and played some shows in Hawaii (where I’m from). So, when it came time to head to Los Angeles to start on my journey to FAME AND FORTUNE, I moved to the only town I knew people in.

While living in San Pedro, I auditioned to play drums for TOYS THAT KILL, the fairly new incarnation of one of my favorite bands, F.Y.P. I didn’t get the gig. Then, I had an unfortunate, short-run playing with a band called SCIENCE AND THE LAB RATS who were just AWFUL, luckily there’s no record of this on the internet. But mostly, I just hung out. I lived next to a house that put on shows almost every weekend. It was on 4th and Gaffey and it was bedlam every week. All out insane punk shows with over 50 sweaty people crammed into a living room. In that time I got to see lo-fi tech punks Japanther, the Four-Letter Words (part rock show part performance art wrestling show), The Bananas (The best band to ever come out of Sacramento), The Blacks (short-lived fuzzed-out garage), the Rolling Blackouts (punks obsessed with the Who and the Kinks), and countless more I can’t even remember. It was beautiful.

One of the bands I became acquainted with during this time was DIOS. The first time I saw them I had just chugged three, very warm PBRs. When they started playing their song “SOME ALCOHOL” I pogo’d and danced. This, of course, caused the shame of Milwaukee to bubble up inside me with a desire to be set free. Long story short, I threw up and passed out in an alley.

After putting in a ton of work, Dios got signed and then immediately had to change their name to DIOS (MALOS). Why? Because RONNIE JAMES DIO threatened to sue them for using the word “DIO”. Which means “GOD” in Spanish. All the members of Dios were of Latin descent…so, I guess fuck you, Dio? I digress. Dios (Malos) combined the tech wizardry of Grandaddy with the ease of the most mellow Beach Boys songs. I loved them. When Dios were asked to go on a tour in support of The Walkmen (along with KAITO from Norwich, UK) I insisted that I should be their roadie.

It turned out, I’m a terrible roadie.

At first, I am a fantastic roadie. I am upbeat and motivated to help load in. I’m a big guy and I was able to get a ton of equipment and even help set up the drums. And, while the band would soundcheck I’d get the merch table in order. Setting up the shirts, CDs, and stickers at a, more often than not, a poorly-lit table in the back of the venue. Something I got good at while working for Goldenvoice while living in Hawaii. I sold merch for the likes of Guttermouth, Static X, and Steel Pulse amongst others.

Once everything was set up and the band good to go, I would enjoy myself in the fun social atmosphere of life on the road. I would have drinks, chat with people and eventually get drunk and wander off. Upon loadout, I was usually nowhere to be found. I’d only show up when it was time to leave.

But when you’re not getting paid, you tend to not take your job too seriously. FOR EXAMPLE! At the San Francisco gig, I embarrassed myself by insulting the headliners, THE WALKMEN. We were hanging in the green room and I, of course, was drinking more than my fair share of the beer. We’re all chatting and goofing around when I was asked for my opinion on the Walkmen. Now at the time, when it came to the Walkmen, I didn’t “get it.” When you are young and you “don’t get it” you tend to ridicule it. That’s just what happens when you’re a young drunk punk.

JP, the bass player of DIOS asks me “Jonah, what do YOU think of the Walkmen?” My response, fueled by the backstage beers I was slugging down was “The drummer is awesome. But that singer’s got such Bono vibes it KILLS me.” Then I dive into my best (or worst?) Bono impression to the tune of “Sunday Bloody Sunday,” I hop on a chair and shout:

As I do this, I see everyone’s face drop and turn away from me, awkwardly. This moment couldn’t have been timed any better if it was a cheesy sitcom. Unbeknownst to me, the singer of the Walkmen walked in the room as I was belting out the jab.

SILENCE. Nothing. Nobody reacted.

I thought, “Jeez, guys. I know it wasn’t THAT funny but come on.” Then I realized what was going on. I almost literally said, “He’s behind me isn’t he?” When I turned around and quivered out, in the most back peddle-y way “Oh hey man, I was just saying how you guys remind me of one of my favorite bands, UB40.”

I was trying to lie SO hard that I even fucked up saying that I liked U2! Which I very much didn’t! Hamilton Leithauser, in the most deadpan head nod just goes “Sure, man.” He then grabbed one of the few remaining Miller High Lifes and walked out. I was mortified.

That still wasn’t the worst roadie move on that tour.

The worst roadie moment I had on that tour was after the Seattle show when I bailed on the rest of the tour. At that show, I ran into a girl I had a huge crush on back in high school. She was living up in Seattle now and said: “I wish you were in town one more night, Q AND NOT U are playing at El Corazon…it’d be so fun to go with you” and since I’m a gullible sap, I told the Dios boys that I was done being their roadie. In a way, they seemed relieved.

Dios (Malos) went on to put out a ton of incredible music. Grandaddy even covered one of their songs. They got a song on the soundtrack for THE OC, which back in the mid-00s was a big deal for indie bands. The individual members would break off and put out great stuff on their own like White Arrows and Joel Jerome’s solo work. One of Joel’s releases was a collection of covers called WHEN BECK WAS COOL. I stopped trying to be a roadie and started to work more professionally as a comedy writer and in a “time is a flat circle” kind of moment, I ended up starring in a Grandaddy video. I also really like The Walkmen now. Oh, and that girl? Well, she broke my heart.

But that’s what happens when you are in your early 20s.

(Editor’s note: Here are some songs by the bands mentioned above curated by Jonah)