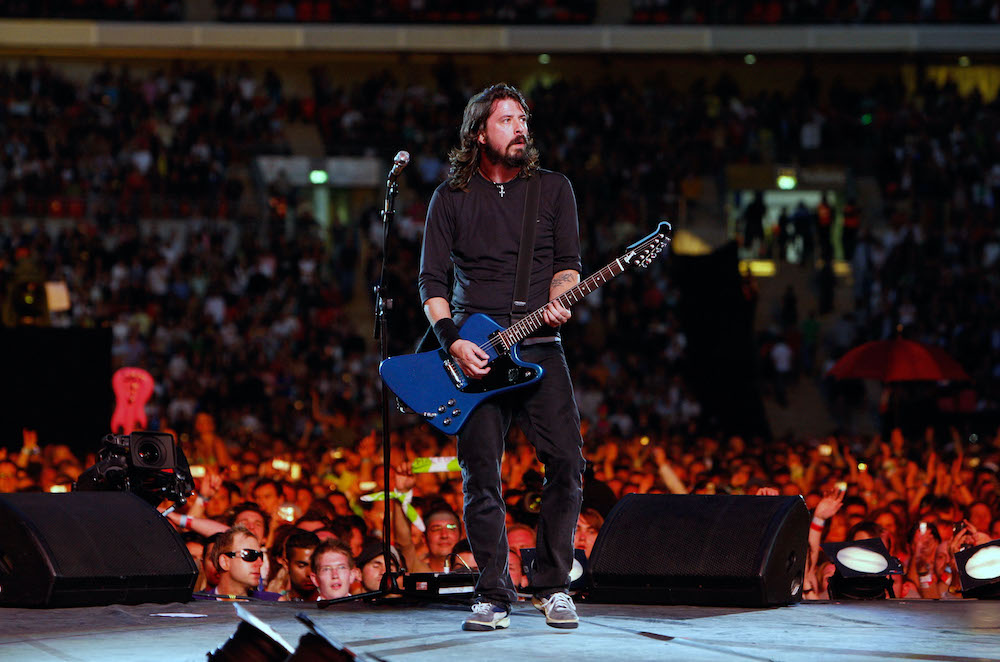 For the latest concert to be streamed from their archive, Foo Fighters have shared another classic stadium show from London.

Taking place over two nights in 2008 at London’s Wembley Stadium on their Echoes, Silence. Patience & Grace, Dave Grohl and company tore through their usual set of standards, but with a twist. Like their 2006 London show that they shared a few weeks ago, this one featured a pair of guests as well in Led Zeppelin guitarist Jimmy Page and bassist John Paul Jones.

The duo joined them for covers of Zeppelin’s “Rock and Roll” and “Ramble On.”

As usual, the band is airing the performance as a fundraiser. This week, it’s for indie concert venues. “If you are able, consider supporting the Music Venue Trust during this time and keep the indie venues going,” a caption under the video reads.

Check out the show below.

The Pretender
Times Like These
No Way Back
Cheer Up, Boys (Your Make Up Is Running)
Learn to Fly
Long Road to Ruin
Breakout
Stacked Actors/Hocus Pocus (Focus cover)
Skin and Bones
Marigold
My Hero
Cold Day in the Sun
Everlong
Monkey Wrench
All My Life
Rock and Roll (Led Zeppelin cover)
Ramble On (Led Zeppelin cover)
Best of You