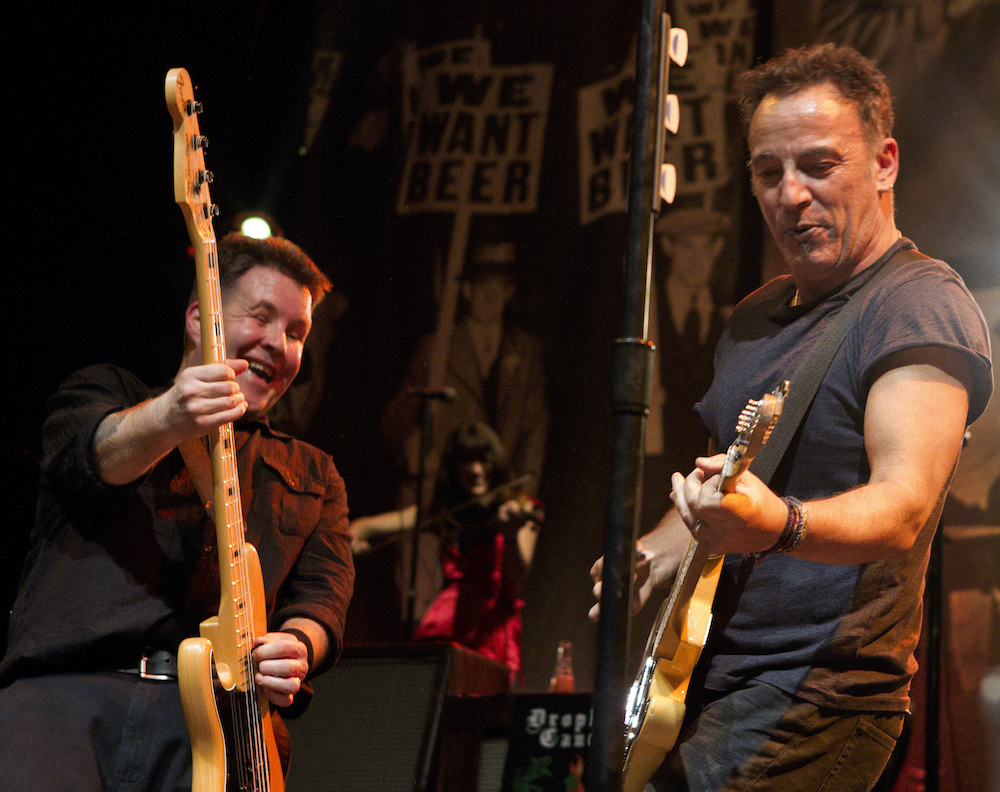 Imagine playing baseball in a stadium with no fans. That’s a reality that may be coming soon. What about a concert? That’s about to happen a lot sooner.

Dropkick Murphys have announced that they’ll be performing at Fenway Park in their hometown of Boston on May 29 in an empty stadium. They’ll be joined by none other than longtime pal Bruce Springsteen for a special “double play” (get it? baseball?) of one Dropkick Murphys song and one Springsteen song. The Boss, however, will be nestled comfortably distantly and will join via video.

To make this event even more unique: this will be the first time a band will be on the infield diamond at Fenway. According to a release, The infield dirt is considered “sacred ground” to baseball fans, but with the baseball season on hold because of COVID-19, an exception has been made for Dropkick Murphys.

The event is a fundraiser for multiple charities and is presented by Boston-area tech company Pega.

See what other livestreams have been taking place since the COVID-19 pandemic first struck.