"I'm not saying every single thing is good" 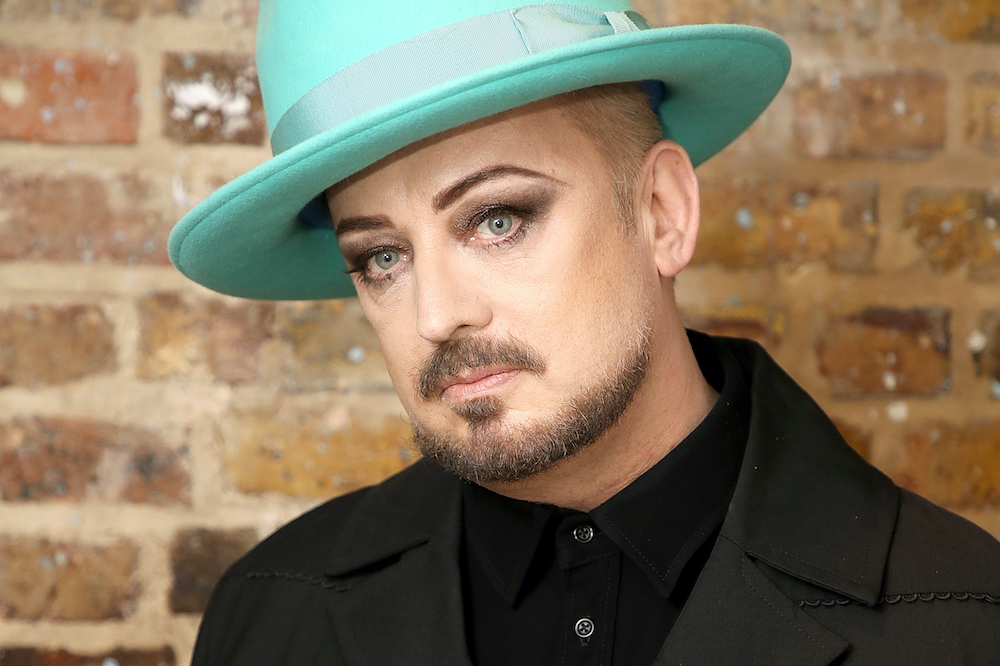 Boy George has been quite productive during quarantine. During a recent visit to the Grounded With Louis Theroux podcast, the Culture Club singer revealed he’s written “six or seven albums” worth of new music while in lockdown.

“I’ve written so much music I’ve got enough for six or seven albums,” he divulged before admitting it might not all be quality material.

“I’m not saying every single thing is good, but I signed a deal just before Christmas with a company called ­Primary Wave, whose job it is to go out and place your music in movies,” George explained. “I own copyright with them. It’s a new experience for me to own music.”

“…not only do I not own it, they can change the lyrics, give it to a burger shop,” he said. “They did a version of ‘Karma  Chameleon’ that was about carrots and peas. Of course we see money from it but I’d pay them not to do that.”

Though we haven’t received many details on it yet, a Boy George biopic is in the works — and Sophie Turner wants to play its titular character.