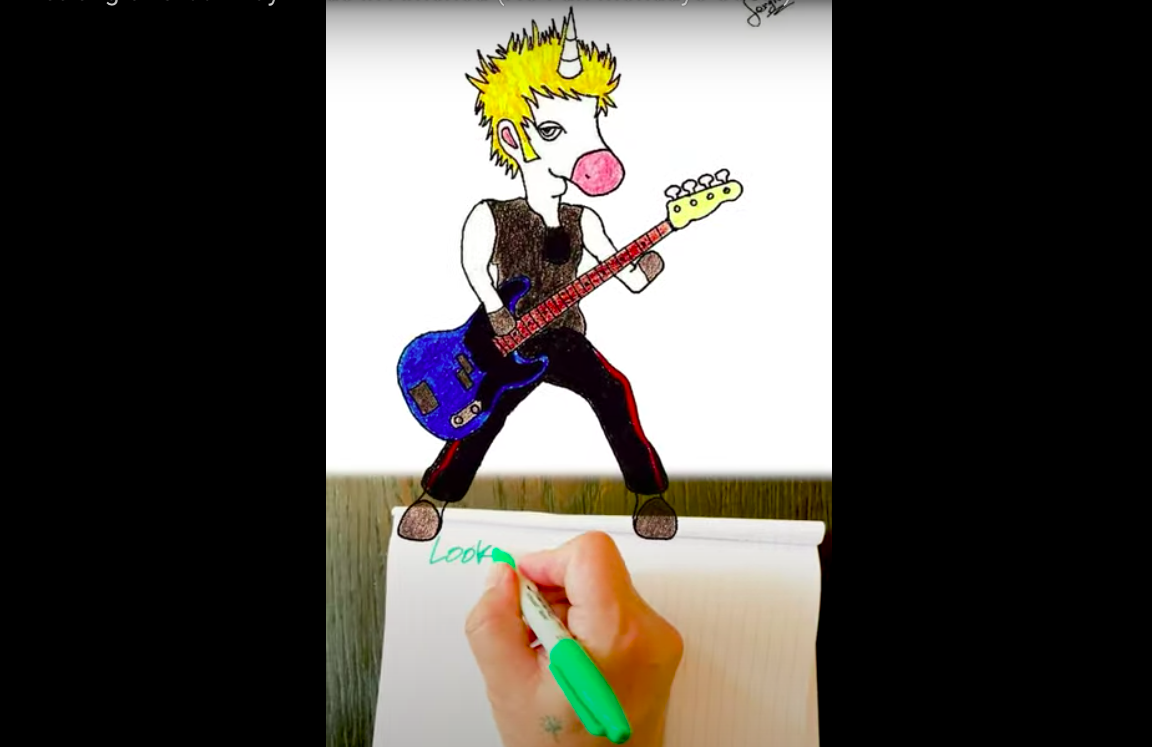 In this week’s edition of his No Fun Mondays series, Billie Joe Armstrong covered Kim Wilde’s “Kids in America.” The song, which was originally released in 1981, was dedicated to Green Day bassist Mike Dirnt, who turned 48 on Monday.

“This week’s No Fun Mondays is dedicated to the one, the only, Mike Dirnt. Happy birthday! Play this one loud just for him: We’re The Kids In America, originally by Kim Wilde and then recorded later by The Muffs,” the post was captioned.

Just like last Monday’s version of “War Songs by Starjet, the video was semi-animated (presumably with a dancing Dirnt on bass) with someone writing out the lyrics in a green Sharpie.

In addition to the songs by Wilde and Starjet, Armstrong has tackled The Wonders’ “That Thing You Do!” from the 1996 film of the same out of tribute to the late Adam Schlesinger. Previously, he’s covered of Tommy James & The Shondells’ “I Think We’re Alone Now,” “Manic Monday” with Bangles singer Susannah Hoffs and Johnny Thunders’ “You Can’t Put Your Arms Around a Memory.” For the past month, Armstrong has shared a new cover song on Mondays while in quarantine.

Last Wednesday, Armstrong kicked off a No Fun Humpdays where he (in Italian no less) covered Don Backy’s “Amico.” Check out Armstrong’s cover of “Kids in America” below.