The B-side is a cover of Minor Threat's "Filler" 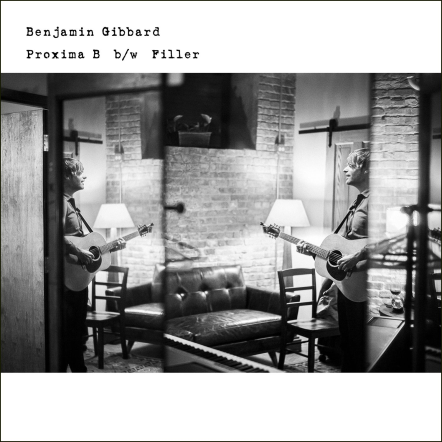 Today is the last day of livestream pioneer and Death Cab for Cutie singer Ben Gibbard’s ongoing series of streams (at least on a frequent basis). Giving fans a bit of a thank you, Gibbard shared a new single that he recorded in quarantine.

Titled “Proxima B,” the tune has already been performed during past livestreams. But the recorded version has more of an upbeat, power-pop vibe with lyrics that describe going to another world.

For its B-side, Gibbard tackled Minor Threat’s “Filler.” Unlike the chaotic original, this version is a bit more tender and runs almost double of the original’s 93 seconds.

“This one I wrote a while ago and I was going to have it out as a single for my solo tour this spring,” Gibbard said in a release. “It’s about a planet that was discovered deep, deep in the cosmos, called Proxima B. The three things you need to know about Proxima B to understand the song are: One, there’s a planet called Proxima B that they think has water on it. It’s somewhat Earth-like. Secondly, it orbits the star called Centauri. And three, there’s been a lot of talk of ‘Ooh, maybe we can get there at some point.’ So I wrote this song in response to that.”

Previously, Gibbard shared another song from quarantine, aptly titled “Life In Quarantine.” The song was originally written for Seattle alt-weekly The Stranger’s A Message to the City series in late March.

Limited-edition 7-inch vinyl and cassette versions of the single will also be released via Gibbard’s long-dormant label imprint Bedside Recordings. The song is out via Barsuk Records.

Listen to both songs below.