Tom Waits has penned a lengthy tribute to his friend Hal Willner, who died last week at the age of 64. No cause of death has been released, but Willner had contracted the coronavirus shortly before his death.

The veteran crooner met Willner when he was 24 after one of his shows in 1974. He remembered Willner for his “bottomless knowledge” and for his love of music.

“Hal. Dear Hal. Brother. Uncle. Father. Son. Husband. Godfather. Friend. Wise and reckless.  Lamb and black sheep. Lover of the afflicted and the blessed. More than kin and more than kind, more than friend and more than fiendish in his daunting and devoted pursuit of the lost and the buried, long may his coattails run and long may we now ride, and those that follow us continue to ride upon them,” Waits wrote.

“Hal was the wry and soulful and mysterious historical rememberer.  He specialized in staging strange musical bedfellows like Betty Carter and the Replacements or The Residents backing up Conway Twitty.  Oh, the wild seeds of Impresario Hal. He was drawn equally to the danger of a fiasco and the magical power of illumination that his legendary productions held. Many years ago he bought Jimmy Durante’s piano along with Bela Lugosi’s wristwatch and a headscarf worn by Karen Carpenter.  Some say he also owned Sarah Bernhardt’s wooden leg,” he continued. 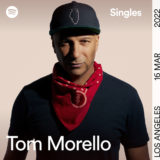 Waits is the latest person to pay tribute to Willner. On the latest edition of Saturday Night Live, where Willner worked as a music sketch producer, alumni like Adam Sandler, John Mulaney, Bill Hader, Fred Armisen and more shared their favorite memories of him, while former cast members including Tina Fey, Amy Poehler, Maya Rudolph and Molly Shannon sang a rendition of Lou Reed’s “Perfect Day” dedicated to Willner.

“I don’t know why someone who was already friends with Miles Davis had a big enough heart to include me in their life, but he did,” Mulaney divulged.

“I’ve been through a lot of the last six years, especially as being part of the show, and Hal always treated me [with] open arms and a warm smile, and was always just the funniest dude,” current cast member Pete Davidson recalled.