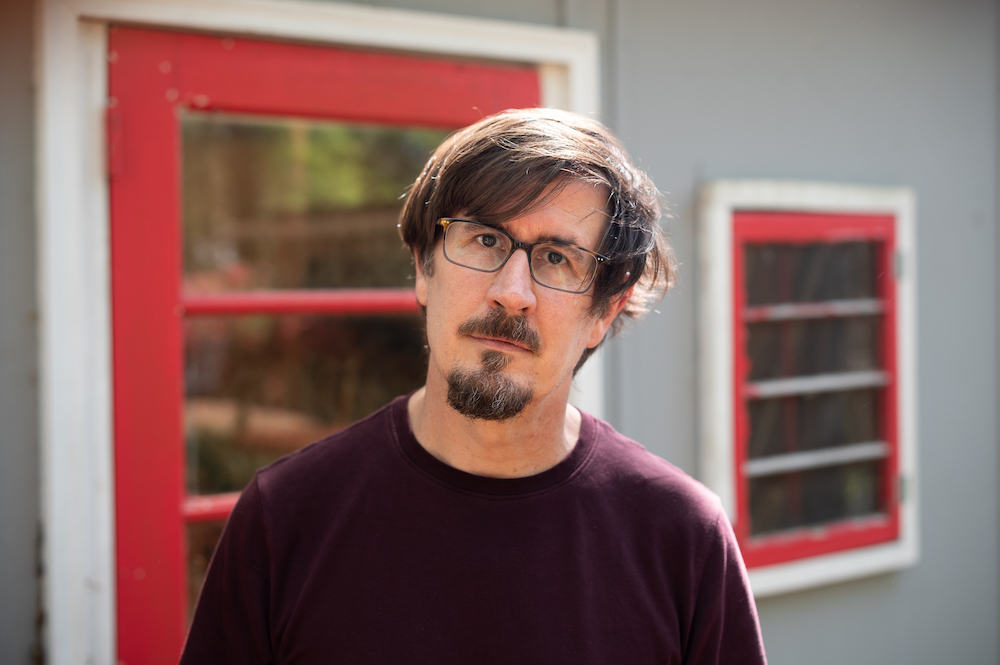 The Mountain Goats have dropped a new album without warning. Titled Songs for Pierre Chuvin, the album is the first time since 2002’s All Hail West Texas that John Darnielle has recorded an album entirely on his “infamous and indestructible” boombox.

In a statement, Darnielle detailed the process

“SO THIS TAPE STARTED while the entire band was decamped at an undisclosed location working on the next Mountain Goats album, and I had brought books with me to read, and one of them was Pierre Chuvin’s A Chronicle of the Last Pagans, which I was reading as research material for another thing I’m working on; and it’s been a long time since I sat around playing music and thinking about antiquity, but I used to do it all the time, and several of you know that because the old tapes are all littered with stories about Ajax and Agamemnon and the cult of Cybele, stories which, when I was learning them, got me so fired up that as soon as I got out of class I’d drive home in my yellow 1969 Superbeetle and write songs about them,” he said.

“I WROTE A SONG EVERY DAY for the next ten days while reading A Chronicle of the Last Pagans, starting with “Aulon Raid” and working in exactly the style I used to work in: read until something jumps out at me; play guitar and ad-lib out loud until I get a phrase I like; write the lyrics, get the song together, record immediately. Those original lyrics, exactly as written on the cardstock I save from comic books I buy, with corrections and everything, will be randomly inserted into orders; each is one of a kind, an original first draft of the lyrics to the first all-boombox Mountain Goats album since All Hail West Texas. It seems unlikely that I will ever again offer original drafts of lyrics for sale or otherwise, but pandemics call for wild measures,” he continued.

The Mountain Goats last released In League With Dragons last year. You can listen to the album below: