From local shopkeepers to guitar noodlers, here are videos from a guitar multiverse under lockdown 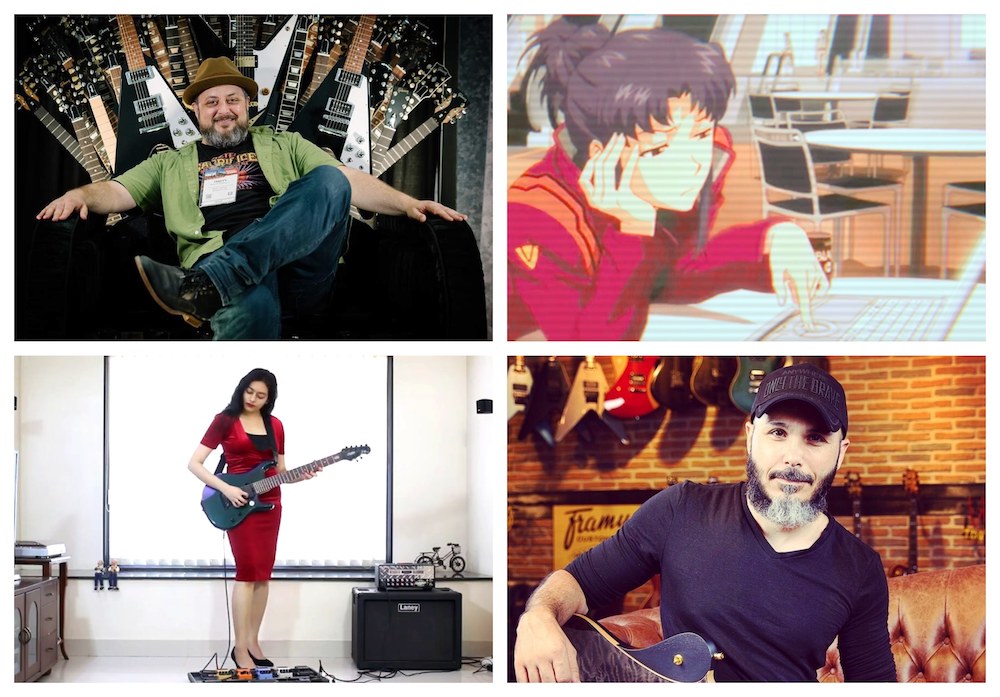 There is an endless parade of people doing a silly choreographed dance routine to the latest smash hit from The Weeknd over on TikTok. But on YouTube, there’s a seemingly equal measure of guitar players trying to translate the song’s synth bliss for the six-string. But nobody comes close to India’s Devilwoman, who stuns not only in that red dress but also in the Satriani-esque heights she takes “Blinding Lights”, recorded on the very day the video was released.

Spotted Elk is a Native American guitarist from St. Louis, who has been spending his time during the stay-at-home order in his state to post videos of his guitar looping techniques on his Digitech JamMan pedal. What he produces, as you can see in this video titled “Native In Vegas”, is quite intriguing — falling somewhere between Ry Cooder’s Paris, Texas soundtrack, Duane Eddy and Pat Metheny — and which Elk writes was inspired by drives to Sin City. And there is such a steady calm to him as he just builds up a multi-faceted jam session in pure solitude.

One of the most popular and creative neighborhoods on YouTube exist in the realm of “lo-fi beats to study and chill to,” which largely consists of producers like the uber-popular ChilledCow laying down varying degrees of Ninja Tune-inspired chill-hop over loops from random anime films of people (mostly women) studying on beds or at desks. About a month ago, a mysterious new resident on this street named PiST BEaTz — who may or may not be an astrophysicist from Switzerland if you take a deeper dive into their identity–began posting videos in this vein. And they are really good, particularly because of the addition of spare, melodic guitar interplay that coasts along the grooves like an imagined drive up the scenic byway in your nervous brain. This is true beat science by a possible actual scientist.

If you’re worried about the future of rock music in 2020, rest assured it’s in good hands thanks to the thousands of kids across the country attending those School of Rock learning facilities. Since March 15, the physical locations have been closed online, but since then, the company has launched a remote version of SoR that each individual location has the opportunity to undertake. Hopefully, more videos from these school-sponsored Corona Cover Sessions will appear on YouTube. But for now, we get this impassioned rendition of Deep Purple’s most intense tune by the students of Arizona’s network of School of Rock facilities that really gives you comfort that true rock ‘n’ roll is in good hands with these kids.

So it seems that in Finland, American country guitar is a thing these days. Helsinki-based guitar player and lecturer Jarmo Hynnienn tossed out a friendly challenge to musicians to practice their country picking style while in quarantine, even providing a downloadable backing track he created to use. So far, he’s gotten a couple of callbacks, but the most impressive, by far, has been by fellow Finnish guitar slinger Pauli Halme, who responds with some true trucker authenticity not only on his Telecaster but pedal steel and mandolin as well. Indeed the spirits of Bud Isaacs and Don Rich are alive and well in Helsinki.

Uneasy Listening: My Year of Surrendering to the Strange, Soothing Power of the YouTube Algorithm