"'Losing My Religion' is a song that when you first listen to it, you can feel the struggle..." 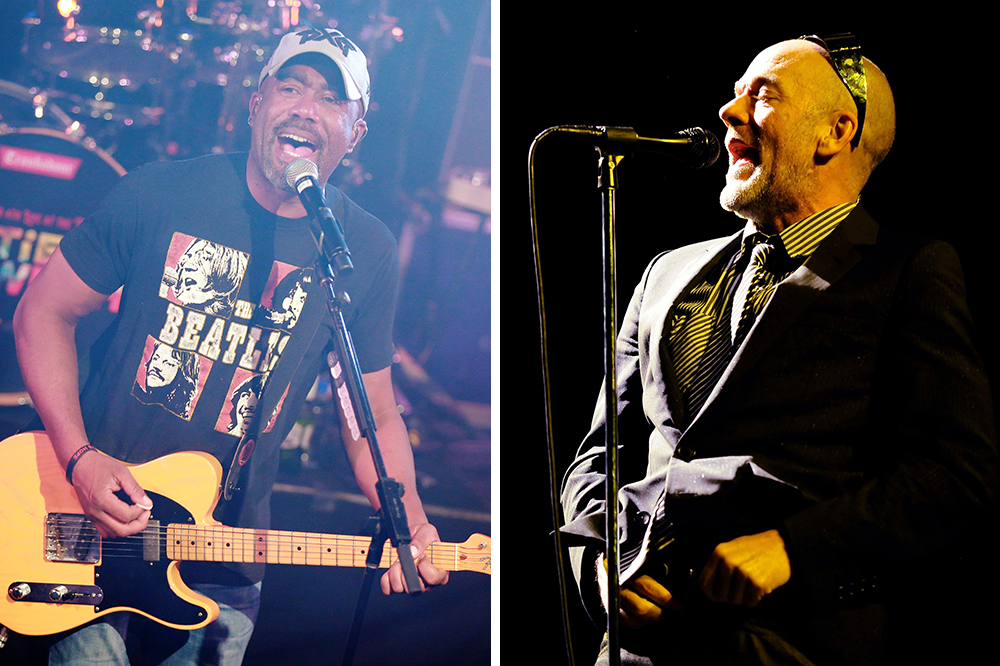 Hootie & the Blowfish have performed R.E.M.’s “Losing My Religion” during their live shows. But since we’re not sure when we’ll be able to see them live again, however, they did provide us with the next best thing — a studio recording of the track.

“When we were cutting our teeth as a band, almost every night fans would hear us on stage covering R.E.M., Hootie & the Blowfish’s Darius Rucker said in a statement. “‘Losing My Religion’ is a song that when you first listen to it, you can feel the struggle, the back-and-forth.”

He added, “Plus, Peter Buck wrote the song on mandolin, and being in the south, it’s a lot of fun to perform live. We’re releasing it as a cover with Amazon Music as I think it’s still as thrilling to people today as it was when it was first released.”

The track is available exclusively on Amazon Music.

You can also watch Hootie & the Blowfish’s performance of R.E.M.’s “Losing My Religion” at Dallas’ Dos Equis Pavilion in June 2019.

See the live version below: