Throughout her career, Apple has redefined stardom on her own terms 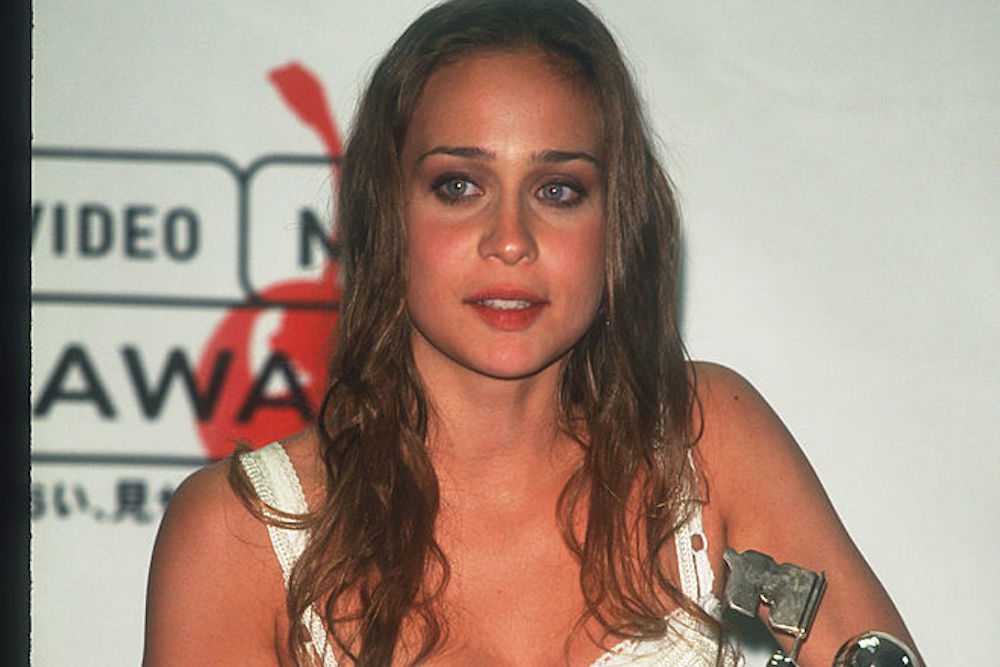 Covering Elvis Costello while he’s standing next to her

Recorded in 2006 as part of Elvis Costello & Friends special, Apple channeled the spirit of the song into one of the most anguished, haunting and terrifyingly exhilarating performances you will ever see. The level of intensity in her eyes is the kind that won Anthony Hopkins an Oscar for playing a serial killer in Silence Of The Lambs. It’s also as good a vocal performance as you will ever hear. All while the author of the seminal song, one of the most acclaimed songwriters of the last 40 years, stands by her side. And with Costello on guitar, Apple made the song her own. Imagine if Leonard Cohen stood right there watching Jeff Buckley transform “Hallelujah.” That’s what this is.

Her bold choice of covers

When others are paying tribute to their peers or performing the latest hit, like Miley Cyrus covering Ariana Grande or Lizzo doing Lady Gaga’s and Bradley Cooper’s “Shallow,” Apple continually offers lessons in music history in every song she covers expertly, both on record and live. She has covered Patsy Cline’s “Crazy,” as well as the less well-known “You Belong To Me,” the jazz standard “After You’ve Gone,” Johnny Mercer’s “Please Send Me Someone To Love,” Willy Wonka’s “Pure Imagination” and Buddy Holly’s “Everyday” among others. That she continues to honor her musical ancestors and expose audiences to greats over the years is definitely badass.

Even during her extended hiatuses from the public eye, Apple has remained a strong musical activist, just in recent years teaming with Phoebe Bridgers and the National’s Matt Beringer in a remake of Simon & Garfunkel’s “7 O’Clock News/Silent Night” to benefit Planned Parenthood and performing at an L.A. benefit in 2016 for Standing Rock Sioux Tribe. Last year she made headlines by saying she would donate 2019 and 2020 royalties from “Criminal” to refugee aid and calling on other artists to accept sync offers and donate their proceeds to the same cause.

Her Sense Of Humor

One of the most admirable things about Apple is that she doesn’t take herself too seriously. She is a fierce activist and profound artist, but not at the cost of having a  good time. Case in point, singing the refrain, “If you show me your fanny pack/I’ll show you my fanny” on comedian/actor Zach Galifianakis’ “Come On And Get It” track. And to prove it wasn’t a fluke she teamed up with Margaret Cho for the track “Hey Big Dog” off Cho’s Grammy-nominated Cho Dependent album.

Doing It On Her Own

In 2000, when SPIN interviewed Apple for a cover story, Alan Light noted that Apple met him sans handler, entourage or even a cell phone. Nineteen years later when she gave her first interview in seven years to Vulture it came about because she emailed journalist Rachel Handler directly from her Hotmail address. In an age when celebrities are often overly protected to see someone of Apple’s stature show up for a cover story with no publicist and email a journalist directly is so much part of her charm and why she is a badass. She does what she wants when she wants.