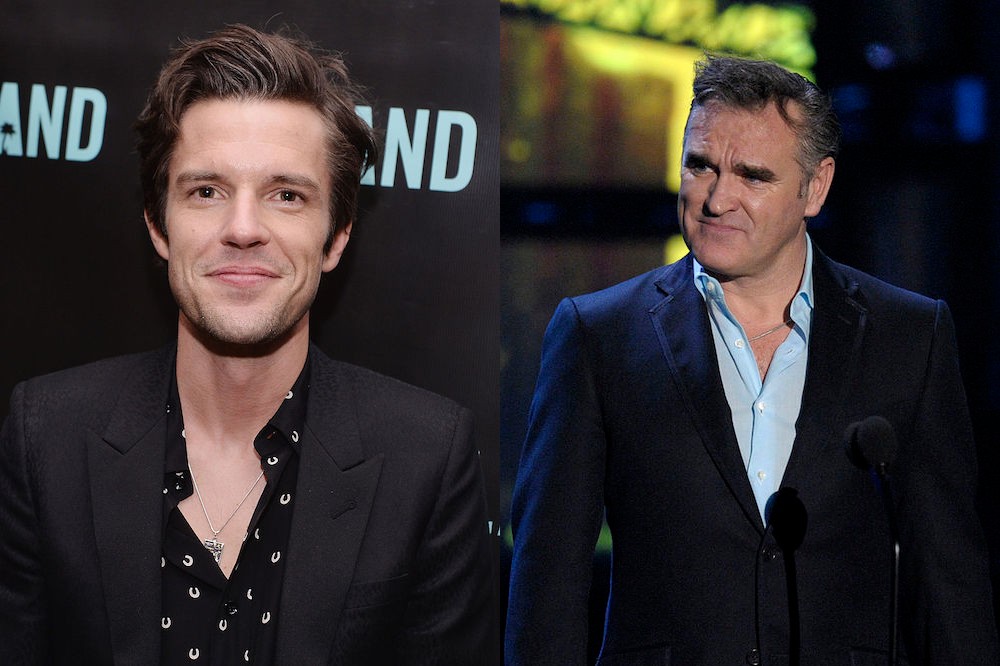 The Smiths are a beloved band (perhaps as much as any ’80s British band), but Morrissey has been making enemies with his far-right political views. While some fans can easily separate a musician’s arts and politics, it’s not so simple for others. Brandon Flowers falls into the latter category.

During a recent interview with The Times, The Killers singer admitted it’s “difficult” to separate Morrissey from his controversial politics — an artist Flowers previously described as one of his “kings.”

In 2019, The Smiths’ guitarist Johnny Marr joined The Killers to cover “This Charming Man” at Glastonbury. When asked if he took people’s feelings about Morrissey’s views into consideration when deciding to cover the song, Flowers said “I don’t think Marr should be held back because of Morrissey, so I don’t regret it.” A fair point, especially since Marr has publicly criticized his former bandmate.

“It is difficult to separate it from him, and I’m not going around playing the music in front of my kids,” he continued before clarifying his stance. “If ‘What She Said’ came on the radio with my kids, I wouldn’t change it. It’s still an amazing song, so I’m not that serious, where I would change the station. I don’t agree with him, but I’m not going to burn my CDs by the Smiths or anything.”