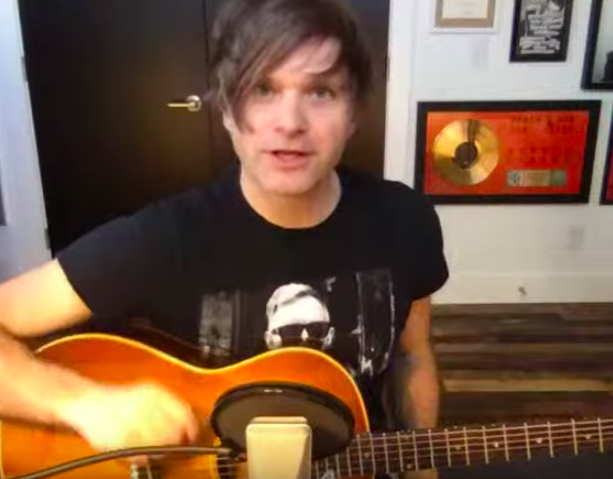 After performing daily for the past two weeks as of last Sunday, Ben Gibbard had something special in store for his first weekly livestream.

Gibbard covered Fountains of Wayne’ “Barbara H” from the group’s 1996 debut. He paid tribute to Adam Schlesinger, who died on Wednesday due to complications from COVID-19.

Before going into the song, Gibbard shared that Schlesinger was the reason that he was selected to contribute a song to The Monkees’ 2016 album.

It wasn’t all somber, however. Gibbard opened up the session by referencing the viral Netflix hit Tiger King. “What’s up all you cool cats and kittens,” he said echoing Carole Baskin. He also performed “Song For Kelly Huckaby” for the first time since 2004.

Check out the performance as part of Gibbard’s livestream below: