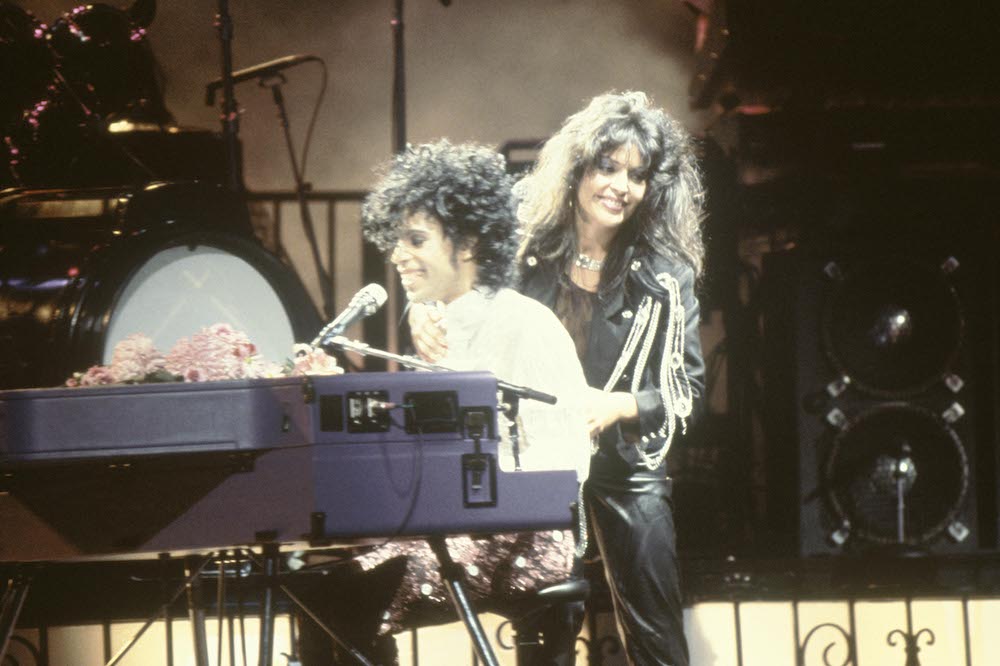 Apollonia was not too pleased when Sheila E. released “Lemon Cake” — a tribute to Prince — on Friday, and aired their dirty laundry in a scathing Facebook post.

“You are so desperate to be RELEVANT as the brilliant Linda Perry said,” Apollonia began the post, referring to the song and Sheila E.’s involvement in Let’s Go Crazy: The Grammy Salute to Prince, a special that airs on April 21 to commemorate the fourth anniversary of the Purple One’s death. “Prince refused to acknowledge you for 5 years before his death because of your lies. Your charity funds went where? Where are the music schools $$?? I was there helping you raise funds. I had your best interest at heart but later found out , the money went into your dirty pocket$. I was crestfallen. Prince scolded me! He knew better.”

“You can’t continue to fool our Prince fans any longer. Because I AM here to tell you, it’s over. Time for the truth. My memoirs will reveal all that Prince revealed to me,” she continued. “Painful for me because I was your friend. I helped you raise $$$ My wealthy friends asked me : Where are the music schools?$!? None exist! FKN tragic because I believed you.”

Apollonia went on to reveal Prince was “angry” with his longtime collaborator because of her “continuous lies” and vowed to include legal letters he sent her in her aforementioned memoirs. “You need to stop using Prince in death,” she added before telling her former friend to stop using Purple Rain — the 1984 film in which Apollonia starred alongside Prince — as a “vehicle.”

“I listened to all of his complaints and even then , I did not want to be in between you both,” she lamented. “It was painful for me because I loved you both. But once he was killed , you exposed your true self. It broke my heart. He was right all along. Why would you do a Purple Rain boat cruise tour $?$? in 2016? Why would you sell Prince logo tshirts $$$ ? Why did you tell The Revolution April 2016 that YOU knew how Prince died BUT you could not tell them!?! Please get over yourself: YOU ARE NOT PRINCE. You will never be.”

“You can copy his attire , try your best, but you will NEVER be Prince,” Apollonia concluded her lengthy note. “So get over yourself sad self and face the truth. He did not want anything to do with you for 5 years. You erased all that history by being your desperate egotistical self . Egotistical empty sad desperate for money. Money will not get you to Heaven. Time to come out and tell the truth. God forgives.”

SPIN has reached out to Sheila E.’s reps for comment.

You are so desperate to be RELEVANT as the brilliant Linda Perry said. Prince refused to acknowledge you for 5 years…