Fountains of Wayne’s secret weapon could turn anything into music, from suitcases to Subarus 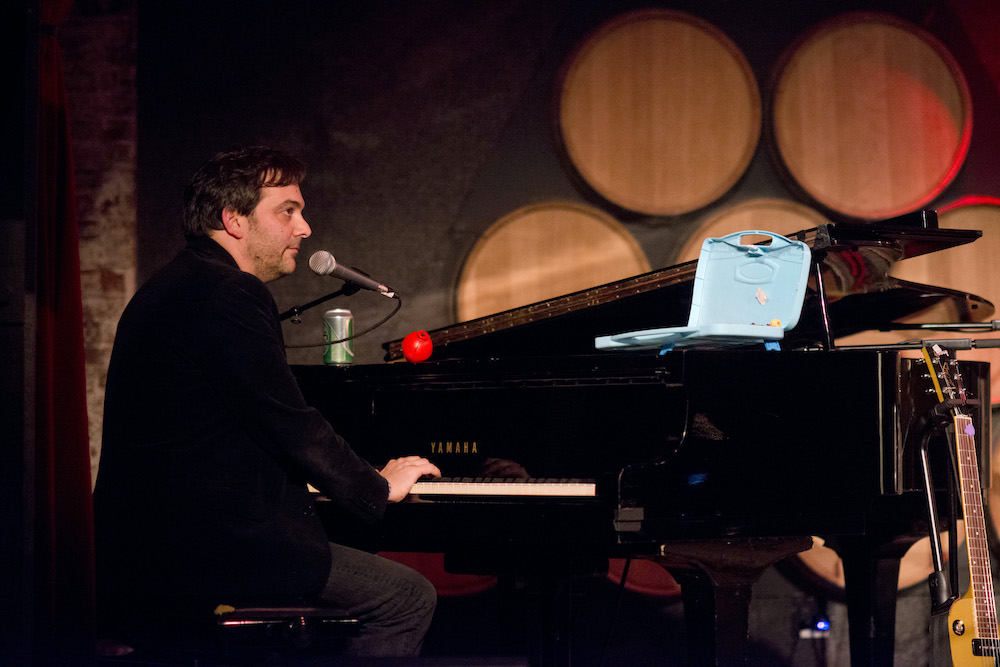 I started attending William Paterson University in Wayne, New Jersey in 2003, the year “Stacy’s Mom” finally made its creators some well-deserved money and airplay. Before every semester, we’d pass the now-defunct lawn-decoration store Fountains of Wayne on the side of Route 46, which is about the most nondescript suburban “attraction” you could conjure up. It’s not absurd to name a band after it, but it would have to be the right band. It was the right band. Fountains of Wayne spent their outstanding career from 1996 to 2013 turning nondescript suburban tropes into remarkable music; acclaimed sophomore record Utopia Parkway even explicated this into a concept album whose narrators save up for custom vans to drive through “The Valley of Malls,” play in cover bands, attend laser shows, and try to impress girls by getting inked to “look a little more like that guy from Korn.”

Reminds many of you of your youth, right? But four years later came the breakthrough Welcome Interstate Managers, whose highlights “Bright Future in Sales” and “Hey Julie” were all grown up with day jobs, cohabitating partners, and drinking problems. Sure, it had “Stacy’s Mom,” too, but it demonstrated social realism, as did 2007’s Traffic and Weather, which at different points is set at the DMV, the baggage claim and on I-95. These songs knew middle-class livelihood front-to-back, and Adam Schlesinger, whose life was tragically cut short today by COVID-19 at age 52, wrote nearly everything I just named.

For all these deep explorations of the normal, Schlesinger’s talent and batting average were anything but. He wrote “That Thing You Do!” which this very publication once dubbed the greatest “fictional” song of all-time and it’s true. Without that tune, the movie it was written for never could have existed. It had to pass muster as a believable Beatles homage and who could just write that on demand? In a post-Glee world, Schlesinger’s prolific movie and TV scoring found a perfect home in a quirky, subversive series like Crazy Ex-Girlfriend, on which he served as musical director. But in the ‘90s when “That Thing You Do!” became a hit in real life, there wasn’t a cottage industry for that sort of thing. You just had to be Schlesinger. If that song wasn’t achievement enough, he had the balls to rewrite “Eleanor Rigby” as “Someone to Love,” wherein a lawyer and a photo editor don’t meet because one beats the other to a cab. And he gave it a disco beat.

Schlesinger knew the normal well enough to fuck with it, often and hilariously. Utopia Parkway’s first single “Denise” was an experiment to see how successful a love song could be with the most pointless, least apropos reasoning imaginable: “She drives a lavender Lexus / She lives in Queens but her dad lives in Texas,” or even better, “She works at Liberty Travel / She has a heart made of gravel.” That was a dry run for “Stacy’s Mom,” another plea of inappropriate devotion that this time managed to conquer Top 40 with a Cars homage during the height of crunk. In 2007, he introduced “’92 Subaru,” a tough, Bob Seger-style rocker about the least impressive car he could think of. “Please Don’t Rock Me Tonight” (“I’m not in the mood”) spoke for itself. His publishing company is named Vaguely Familiar Music. And he almost paid tribute to Diane Warren with a ditty called “Suck My Heart.”

This track record would be all cleverness for cleverness’ sake if he didn’t feed his bandmate Chris Collingwood some of the richest, most contoured power-pop melodies that never came from Weezer or Marshall Crenshaw. “Sink to the Bottom,” “All Kinds of Time,” “Someone to Love” and, of course, “Stacy’s Mom” and “That Thing You Do!” are the kinds of hooks you sing along with before your first listen is over. They’re in your brain before you know anything else about the band. Few bands have delighted so much in letting the song be the attraction, the “brand” rather than the person behind them. Except for 1996’s gorgeous palette of chord changes “Everything’s Ruined,” Schlesinger let Collingwood voice his tunes to nerdy-clever perfection, and both allowed Fountains of Wayne to be the ultimate vehicle for fictions worthy of rom-coms or sitcoms, set to indelible melodies and pop-history Easter eggs like the “Just What I Needed” palm-mute.

One of Schlesinger’s Utopia Parkway tunes, “Prom Theme” was his band’s own “Once in a Lifetime,” a statement of purpose that sadly takes on new mortal focus in the wake of his untimely passing:

Adam Schlesinger was a pop-song prodigy. He understood not only how his chosen medium worked and cracked codes across genre and time period, but also what pop songs are for: To make everyone’s life easier. He also made life significantly more hummable, doing that thing he did. Suddenly everything’s ruined.