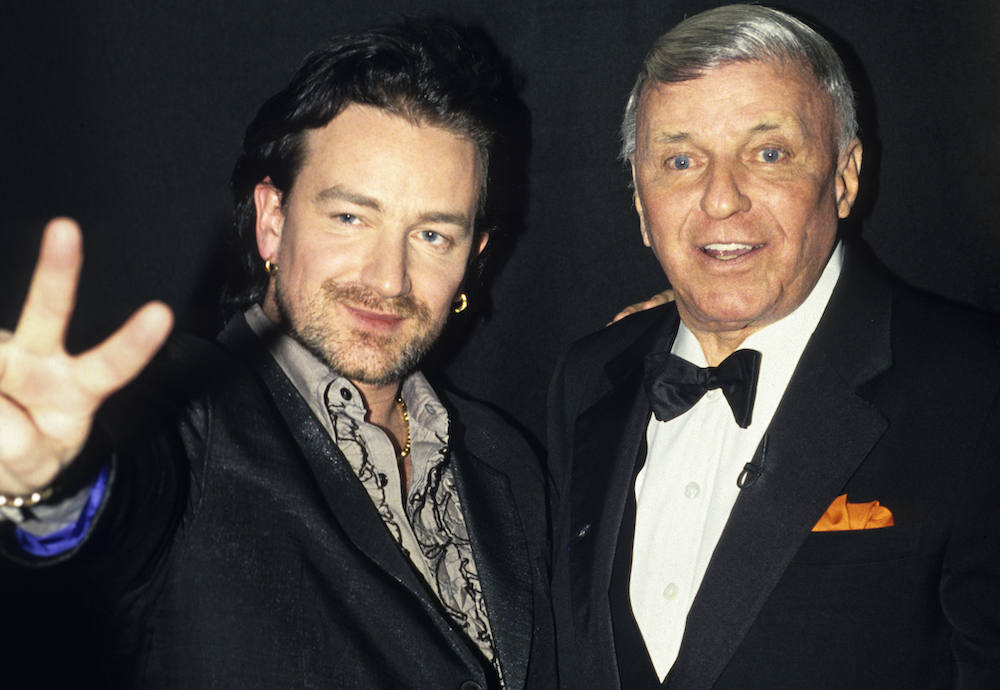 This entire list could have easily have been taken up with the rap-meets-alternative-rock collaborations found on the soundtrack to the 1993 crime drama Judgment Night. Forced to choose just one, let’s look to the meeting of Seattle minds that was Sir Mix-A-Lot joining forces with grunge exemplars Mudhoney. There are no elements in either artists’ catalogs that would have suggested that they would play nicely together. Impressively, everyone rose to the occasion and recorded a sneaky sequel to “Baby Got Back” that would have fit fairly comfortably into the tracklist of Mudhoney’s major-label debut Piece of Cake.

As with the Bowie entry on this list, this track was chosen because of the artists involved but the material they are working with and what they do with it. Inspired by his band’s successful collaboration with Girlschool, Motorhead leader Lemmy apparently sought out another artist to pair up with in the studio, choosing the Plasmatics and their clothing-optional singer Wendy O. Williams. Perfectly sensible! Then they got into a Toronto studio and decided to give a punk-metal makeover to Tammy Wynette’s “Stand By Your Man.” Inexcusable! The finished product is a fucking mess of grating singing and music that is barely holding together as it charges to the finish line.

David Bowie & Marianne Faithfull – “I Got You, Babe”

Producer Burt Sugarman bent over backward to get David Bowie to appear on The Midnight Special, his popular NBC series that featured live performances by some of the biggest artists of the ‘70s. So much so that he allowed the Thin White Duke to craft a one-hour variety show with appearances by Marianne Faithfull and the Troggs. And to finish off the show, he and Faithfull performed a duet, singing… Sonny & Cher’s “I Got You, Babe.” Their half-assed performance of this pop classic is (im)perfectly combined with their choice of outfits: Bowie in a costume covered in black ostrich feathers; Faithfull in a nun’s habit.

Like his British brethren Neil Tennant and Morrissey, Marc Almond had a special affection for the pop singers of the ‘60s. And just like those other men did with Dusty Springfield and Sandie Shaw, respectively, he attempted to pay homage to one of his idols by recording a duet with singer-songwriter Gene Pitney. Released as a single in the UK and Australia in 1989, their version of “Something’s Gotten Hold of My Heart” was a sizable hit even though it tastes like a flat soda: all sickly sweet with no effervescence and fizz.

Frank Sinatra & Bono – “I’ve Got You Under My Skin”

Tucked away toward the end of Duets, an electronically constructed album that set America’s most famous crooner next to a bevy of other pop singers was a truly strange combination: Frank Sinatra and Bono. Lest we forget: this was deep in the heart of U2’s Achtung Baby/Zooropa reinvention period when Bono was losing himself in the character of a shady lounge lizard known as The Fly. Maybe that was the logic behind the selection? Or trying to score some crossover success with the kids? Whatever the reason, hearing Bono tamp down his rock star bray into a soulful growl comes off as creepy and as wanting when compared to Sinatra’s controlled, steady performance.