It's the latest episode on the Apple TV series 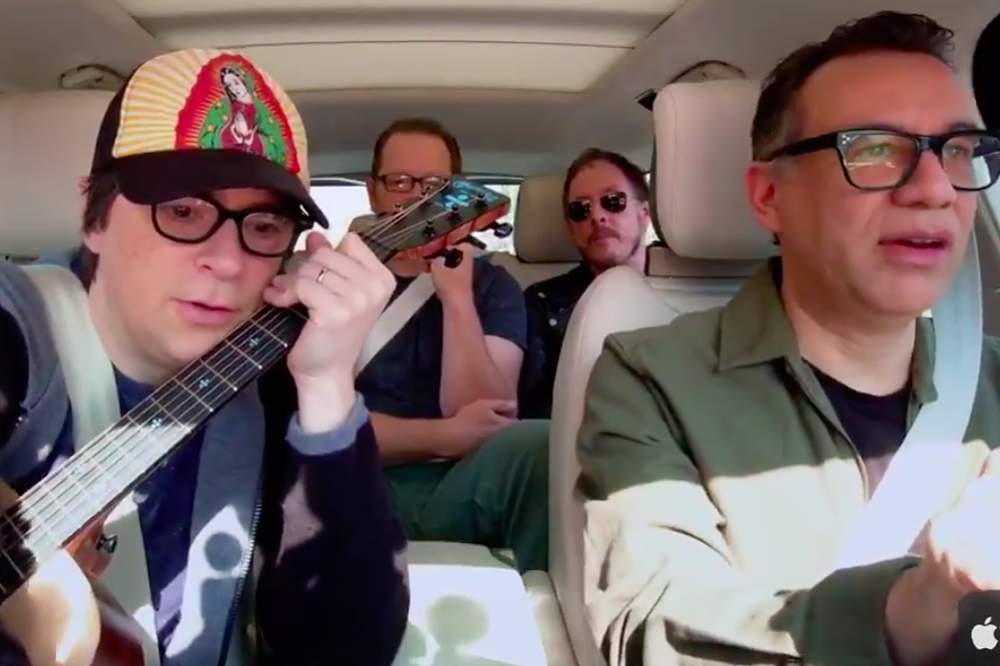 When you think about it, watching Weezer and Fred Armisen makes perfect sense. Throw in Armisen shuttling the veteran rockers around, well, then hijinx ensue.

To see the whole episode (which is free), you have to go to the Carpool Karaoke app on Apple TV.

Watch a snippet of Weezer and Armisen singing “Buddy Holly” from 1994’s Blue Album below:

Fasten up, hitting the road now with Fred Armisen on @CarpoolKaraoke on the @AppleTV app https://t.co/a9JqQ5FYsu pic.twitter.com/9NWzAKlBQB