In 2000, The Cure seemed to be caught in a strange limbo. Frontman, main songwriter and sole constant member Robert Smith was entering middle age after spending much of his younger adulthood being worshipped for his distinctive vocal style, disheveled and lipstick-smeared appearance, and expert expressions of outsider emotions. But many of his band’s longtime fans, now well into their late 20s and early 30s, weren’t quite yet in nostalgia mode – they were more preoccupied with settling down, starting careers and raising families. The Cure wasn’t connecting with the next generation of fans, which was unsurprising – after all, the emo kids didn’t seem to want to claim their parents’ romantic heroes; they wanted to elevate their own – as when My Chemical Romance formed in 2001. In his own youth, Smith had often written about being overlooked and misunderstood – words that, in terms of his career at the turn of the millennium, seemed prescient.

But a few years later, something had shifted: The Cure suddenly found themselves regarded as alternative rock elder statesmen, respected for their influence on the post-punk, goth, and gloom rock scenes. Proof of this newly exalted position came in 2004, with their triumphant headlining set at Coachella. They repeated this at the same place in 2009; at that performance, the band was in such fine form that they played for nearly three hours (and only stopped when they literally had the plug pulled on them for going far past the event’s curfew). The band’s legacy was officially commemorated when, in 2019, they were inducted into the Rock and Roll Hall of Fame.

Despite this newfound status, though, The Cure have still struggled to get quite as much chart recognition for their new work from the last 20 years. Even longtime fans seem to have a tendency to sweep aside their more recent offerings, preferring to focus on their ‘80s and early ‘90s work. Classic Cure songs seemed to perfectly capture fans’ youthful feelings of being misunderstood, an association that was so strong, perhaps it makes it harder to link their music with the next phases in life. During the past 20 years, Smith has written just as eloquently about middle-aged woes, though that subject matter doesn’t seem swoon-worthy. The once-prolific Smith – who, after the band’s 1979 debut album, Three Imaginary Boys, led The Cure through seven studio albums in the 1980s, but only two studio albums in the 1990s, indicating that perhaps he was wondering what to say as the years progressed.

So maybe The Cure will never again create a song that makes fans feel as euphoric as “Just Like Heaven” did when it was released in 1987. But perhaps Smith is introducing us into a more refined age where reflection, not romance, is the real pleasure. Even if they spark a more subdued joy, here are several songs worth discovering from the last 20 years of The Cure’s career. 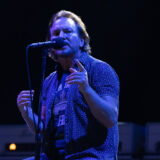 By the time the Bloodflowers album came out in 2000, it had been four years since The Cure’s last studio album (the poorly-received Wild Mood Swings, in 1996), and Smith was in his 40s, and The Cure’s peak years of commercial success seemed well behind them. So it’s little wonder that Smith wrote a rant about feeling washed up – but the thing is, “39” is actually one of his more arresting songs in years. It’s the penultimate song on Bloodflowers, but it should’ve been first, because much of the preceding album tracks are markedly more mellow, making The Cure’s first foray into the new millennium seem rather subdued. “39,” in contrast, is a howl against time, and would’ve been a much more striking way to roar into the new era. When Smith yowls out his rage, he conveys more honest emotion than any other singer.

Many of the best Cure songs over the years are awash in whooshing guitar flanger guitar pedal effects, starting with such early stunners as “A Forest” (1980) and “Primary” (1981). Besides Smith’s unusual yowling vocal style, this evocative effect is a key element in The Cure’s signature sound, so its reappearance is welcome. A shame this title track was buried at the very end of this album, instead of being given a more prominent place, as this is probably their best new song from the last 20 years. The song is also an example of The Cure at their brooding best, with that peculiar mix of dirge and beauty that only this band can perfect. Perhaps this (along with the immediately preceding “39”) was meant as an epic conclusion to Bloodflowers – but it would’ve been far more powerful as an opening salvo to the millennium.

A wistful reflection on waning vitality, “The Last Days of Summer” builds from a long, languid acoustic guitar-based instrumental intro before Smith’s weary words kick in halfway through the song. This slow-burn approach sets the tone nicely, even as it means this track would never be deemed radio-ready. But as The Cure have demonstrated throughout their career, establishing an evocative atmosphere is far more important to them than any commercial potential. A prime example of Smith’s ability to express sadness in a strangely soothing way, “The Last Days of Summer” invites fans to join him in lamenting lost youth.

Not everything is nihilistic in The Cure universe. Sometimes, Smith puts forth a bit of cautious optimism. Such is the case here, where he tempers his bleak outlook on life, using the song’s title as a refrain to show that perhaps things could actually change for the better. The jaunty, shimmery instrumentation also elevates this song into one of the band’s more almost-upbeat offerings.

Sounding like an outtake from a lost New Order album, “Cut Here” (an anagram of “The Cure”) was a new song included on the band’s Greatest Hits compilation album. It is a eulogy to Smith’s friend Billy Mackenzie of The Associates, who died by suicide in 1997. Given the serious subject matter, Smith could have made this a bleak ballad, but instead, he chose to make it a quick-tempo song that comes across more as a celebration of Mackenzie’s life and contributions. While Smith has made a career out of frankly discussing depressive matters, he has always seemed to present it as a cathartic measure, never celebrating self-harm. The message: life may be downright depressing sometimes, but we must try to press on regardless.

Sometimes, even The Cure weren’t impervious to outside musical influences. Such was the case for their 2004 self-titled album, when they hired producer Ross Robinson, who was mainly famous for his previous work with nu-metal artists like Limp Bizkit, Korn, and Slipknot. Predictably, Cure fans reacted with dismay over this perceived contamination of their beloved band’s sound. “The End of the World” was the lead single from this album and it went a long way toward soothing fans’ fears. While there are muscular guitar riffs in the chorus, the song still has a breezy, jangly vibe that seems made for epic arena shows – and, in fact, it has popped up on the band’s setlist at more than 200 concerts since its release, more than any other newer song.

Bassist Simon Gallup’s inventive playing has long been one of The Cure’s most appealing aspects. As the only other enduring member (he took a hiatus from the group from 1982-84), Gallup’s prominent work on songs like “Play for Today” (1980) and “Fascination Street” (1989) have provided the musical backbone of the band’s sound. With “Anniversary,” Gallup once again demonstrates a talent for imbuing the music with a brooding intensity, making this haunting ballad the best track on the band’s self-titled album.

Taken from the sessions for The Cure, “This Morning” was excluded from all CD versions of the album, but surfaced on the single release for “The End of the World.” It should have been included as a regular album track, though, since it is one of the band’s more beautiful ballads. Starting off relatively sparsely, along the same lines as the tracks on their 1980 Seventeen Seconds album, “This Morning” ramps up into a lush, lavish tour de force.

Expectations were high for 4:13 Dream, The Cure’s 13th studio album. But upon its release, it soon sank into relative obscurity, with none of the singles seeming to catch on with listeners to any significant degree. But the album’s opening track, “Underneath the Stars,” displays the kind of sweeping romanticism that Cure fans seem to especially adore, and deserves a second listen. Heavily effects-laden vocals and dreamy instrumentation give this track a certain depth that seems missing from much of the rest of the album.

The 2000s have resulted in only three studio albums so far (compared to the seven that Smith and the band released during the ’80s), but the band announced that there will be a new one in 2020 (although no official release date has been confirmed). Fan forums are abuzz with speculation about what the tracklisting will include, with fervent hopes focused on “It Can Never Be the Same,” a song that first appeared in shows in 2016 (though Smith has said that it was initially written during sessions for the 2008 4:13 Dream sessions). So far, only this live version has been released. As this song’s title suggests, it can never be the same as it once was with The Cure, but as they continue to evolve, fans may find much to love in their next 20 years.