A solo version of "Words" and "On the Beach" highlight set 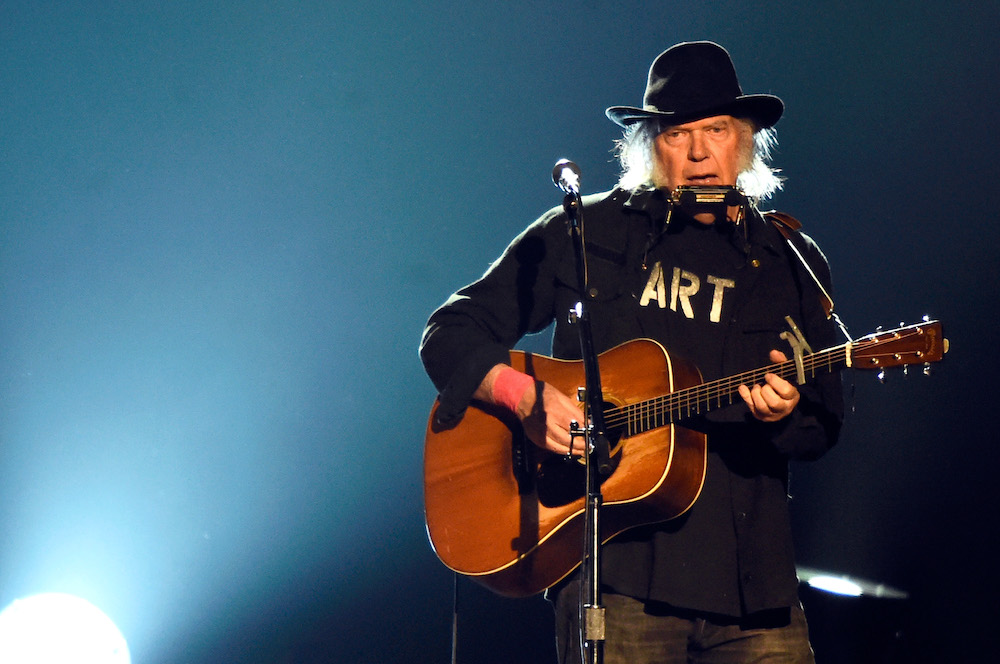 Just like the first Fireside Sessions livestream, Neil Young had no problem going deep into his catalog.

In the second Fireside Sessions show that he and his wife, Daryl Hannah, posted to his Archives site, Young performed a slew of deep cuts, including “Four Strong Winds” a cover of Ian and Sylvia that was from Comes a Time, a solo version of “On the Beach,” which Rolling Stone says is the first time he’s performed it solo since 2003 and the fourth time overall.

Other highlights included a solo performance of “Words” and a solo version of “Love and Only Love.”

At one point, Young goes to wash his hands saying, “Water and Soap. This is a soap opera” and jokingly singing “Happy Birthday.”

“Because we are all at home and not venturing out, we will try to do a stream from my fireplace with my lovely wife filming. It will be a down-home production, a few songs, a little time together,” he wrote initially announcing the session. “We will soon be announcing the first one right here at NYA in the Times-Contrarian and on the Hearse Theater schedule, as well as social media except Facebook. As we have previously announced, we are dropping Facebook very, very soon, so if you rely on FB to contact us, prepare for a change.”

The sessions have been filmed from Young and Hannah’s home. This one runs a hair under 27 minutes

Check out the performance here.