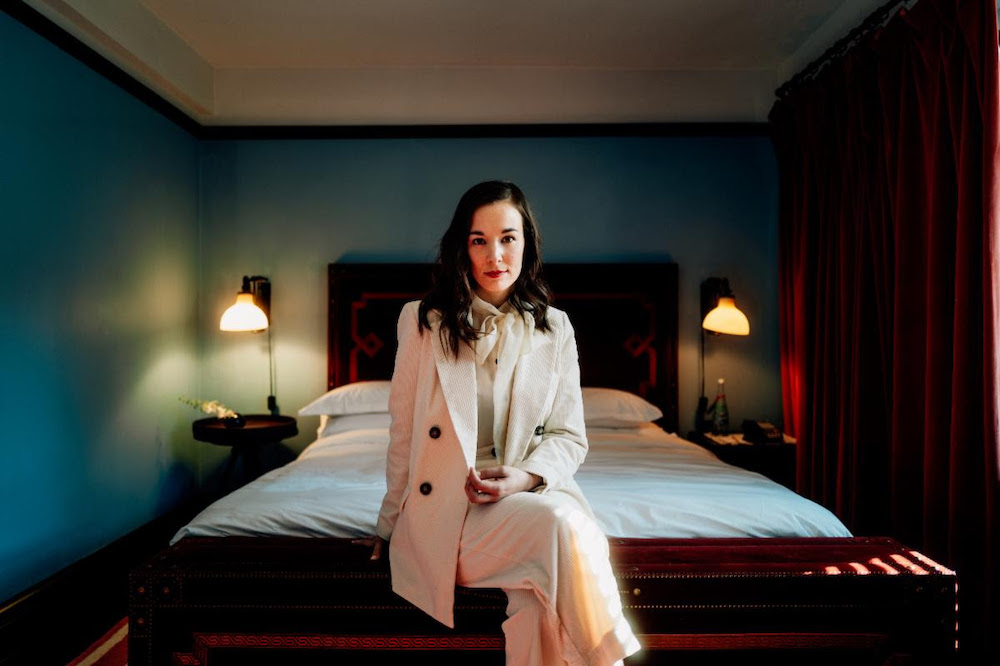 When singer-songwriter Margaret Glaspy finally wrapped up the long tour and accompanying promotional work for her previous two releases—2016’s Emotions and Math, and the 2018 EP Born Yesterday—she was spent. Grateful, for sure, but exhausted. And, as she put it, in need of “a little bit of input.”

“There was so much output,” Glaspy says, speaking from her Brooklyn apartment. “And if you don’t keep it in balance, it kind of gets away from you. I needed something for my brain to work on. Something that fulfilled me rather than just giving and giving so much.”

What the 31-year-old turned to was technology, slowly learning the basics of Ableton and MIDI and using those two production tools to help fuel the sound of her new album Devotion. Recorded in the Red Hook section of Brooklyn with friend/producer Tyler Chester, this full-length is a bold step away from the shimmery indie-pop of Emotions and a huge leap beyond her days as a fiddle player in the roots music community around her hometown of Red Bluff, California.

The former sound is still present in groove-heavy tunes like “Without Him” and the reverb-soaked ballad “You Amaze Me,” but otherwise the emphasis is on programmed beats, robotic vocal filters, and, as on album closer, “Consequences,” a backdrop of synth drones that clash together like competing ocean currents.

The final results were fulfilling, but as Glaspy explains, it took some work to get there. The steep learning curve of the software presented her with a rare creative trial to overcome.

“I got a little bummed out because I wasn’t really good at anything for a little while,” she says. “I wasn’t in my comfort zone. While that was very exciting, at the same time, it was kind of a bummer because I’m good at writing songs my way. But I chose to challenge myself.”

Beyond the pure sound of Devotion, the mood of the album was formed by its birthplace in New York City and Glaspy’s recent obsession with Alexander McQueen, the late fashion designer and iconoclast.

“An artist through and through,” Glaspy says of McQueen. “I really adore what he does and I really want to make music that I felt that, at least some of it, would make sense with his clothing. There’s definitely a very deep heartbeat to what he made, and it made me want to make something with a similar heartbeat. Something where you could wear his clothes and listen to it and feel like you were in the same kind of scene.”

Her next challenge will be figuring how to translate this music for the stage. And how to adapt her older material for her new electronic reality. While it may be a while before we can see the results of her experiments, Glaspy says she has it sorted out but wants to “keep a little bit of mystery around how it will be.”

“I feel like we’re finding this balance of playing old music, playing new music, and finding these throughlines instrumentation-wise and sonically,” she continues. “Finding what works together as a set is really interesting with the new music and the old music. It’s very different but it’s obviously coming from the same brain.”