Krzysztof Penderecki's music appeared in movies like 'The Shining,' 'The Exorcist,' and more. 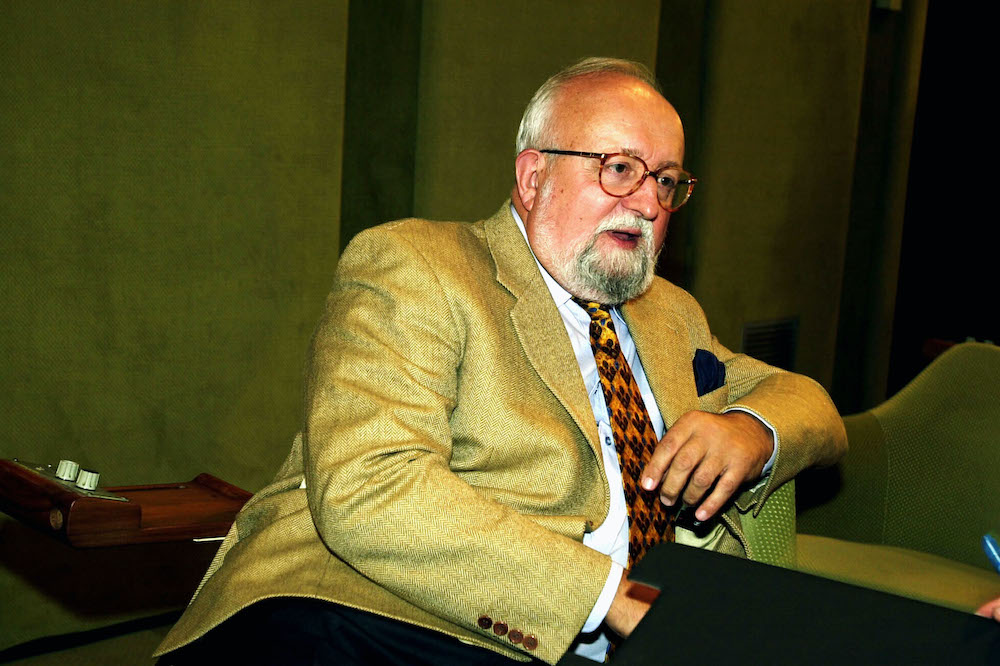 Influential composer Krzysztof Penderecki has died at the age of 86.

“After a long and serious illness, Krzysztof Penderecki – one of the greatest Polish musicians, a world authority in the field of classical music died,” Poland’s Ministry of Culture said in a statement. He died at his home in Krakow.

The lauded musician wrote his most famed piece, Threnody for the Victims of Hiroshima, in 1960. It was originally released by the Philadelphia Orchestra in 1969, and later was predominantly featured in the 2006 film Children of Men and served as the centerpiece for the eighth episode of David Lynch’s Twin Peaks: The Return. His music has also appeared in William Friedkin’s The Exorcist, Stanley Kubrick’s The Shining, and Lynch’s Wild at Heart.

In recent years, Penderecki was known for his work with Jonny Greenwood. In 2012, the two released a collaborative album that featured two Penderecki compositions, “Polymorphia” and “Threnody for the Victims of Hiroshima,” and two by Greenwood, “Popcorn Superhet Receiver,” which was inspired by “Threnody,” and “48 Responses to Polymorphia,” which was inspired by “Polymorphia.” Elements of “Popcorn” also appeared in Greenwood’s score for There Will Be Blood.

The iconic composer talked about listening to Radiohead before collaborating with Greenwood. “I told my granddaughter, and she knew immediately who they were,” the composer said at the time. “She is 11, and she and my children gave me some discs to hear their music. I like it very much; it is very soft, very musical.”

On Sunday, Greenwood mourned the death of Penderecki on Twitter.

“What sad news to wake to,” he wrote. “Penderecki was the greatest—a fiercely creative composer, and a gentle, warm-hearted man. My condolences to his family, and to Poland on this huge loss to the musical world.”

See his tribute below.

What sad news to wake to. Penderecki was the greatest – a fiercely creative composer, and a gentle, warm-hearted man. My condolences to his family, and to Poland on this huge loss to the musical world. https://t.co/fRyy53aaEJ