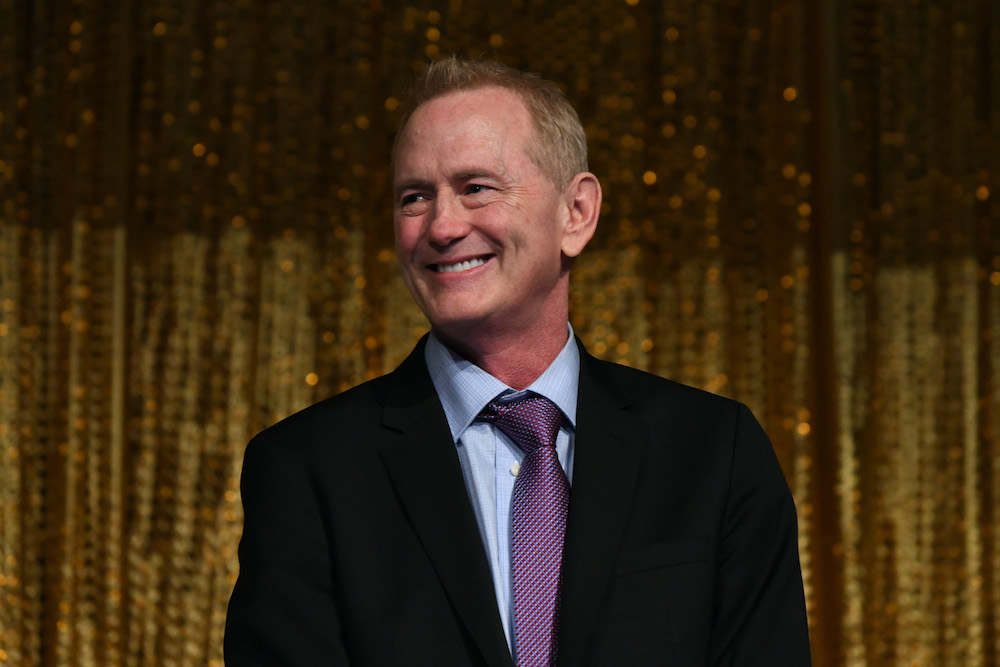 For over 30 years, when you think of Los Angeles radio station KROQ, one of the first names that comes to mind is Kevin Ryder. He and Gene “Bean” Baxter hosted the station’s morning show since 1989 until Bean’s departure last year. But no more.

Ryder announced in a tweet that he and KROQ’s morning team have been fired. The rest of the team included Allie Mac Kay and Jensen Karp, producer Dave “King of Mexico” Sanchez, Jonathan “Beer Mug” Kantrowe and Destiny Lopez.

Ryder and Baxter were inducted into the Radio Hall of Fame in 2019.

A rep for the station confirmed their dismissal.

According to the Hollywood Reporter, The show will be replaced by Stryker and Klein, hosted by current KROQ personalities Ted Stryker and Kevin Klein, from 5-10 a.m.

“As one of the most iconic stations in Los Angeles, our commitment is to provide our consumers with the most compelling content and best listening experience that we know they expect from us. We’ve taken a deep look at our station, and have made some recent changes.  Today, we announced the launch of a new morning show that we believe will deliver what our fans are asking for and take our station into the future.  While change is always hard, we are excited about our new programming lineup and look forward to engaging with our fans across the city. Thank you Kevin and Bean for 30 entertaining years!” a spokesperson for the station told SPIN.

Jimmy Kimmel, who used to be on the Kevin and Bean Show, ripped the station in a tweet.

Shame on you @kroq "management" for caring so little about the people who gave you so much. Especially now. https://t.co/4MZgAlNs8D

As did Baxter, who didn’t mince words when suggesting what the station could have done.

THIS. ⬇️ The way @KROQ did it was indefensible. If you wanna fire the show, wait out the virus, then have them back for a farewell series of shows or events. The listeners deserved that. https://t.co/6lhG0OaCqy

In his farewell speech, Ryder ripped management (as you might expect). Check it out.

See the team’s tweets below:

Hey party people! Not sure how to say this, so here it is:
Yesterday, @kroq called every one of us on the morning show and told us we were fired.
Me.@alliemackay @JensenKarp @kroqkom @kroqbeermug, @Old_Man_Ruben and @destinymlopez (cont..)

It’s true, ya’ll. R.I.P. @kevinmornings. And here’s the final #KITMRapUp ever. Thank you for listening. The good news? I don’t have to hear Chili Peppers anymore. pic.twitter.com/DGUd9SFuMv

Met some great people, saw some awesome bands, laughed a lot with cool ass coworkers. Is the timing ideal? Not even a little….but I’m lucky. I’ve got amazing people in my corner. Thank you all. Truly. ❤️❤️❤️ pic.twitter.com/gEP084ucWA