It didn't turn out so great for him 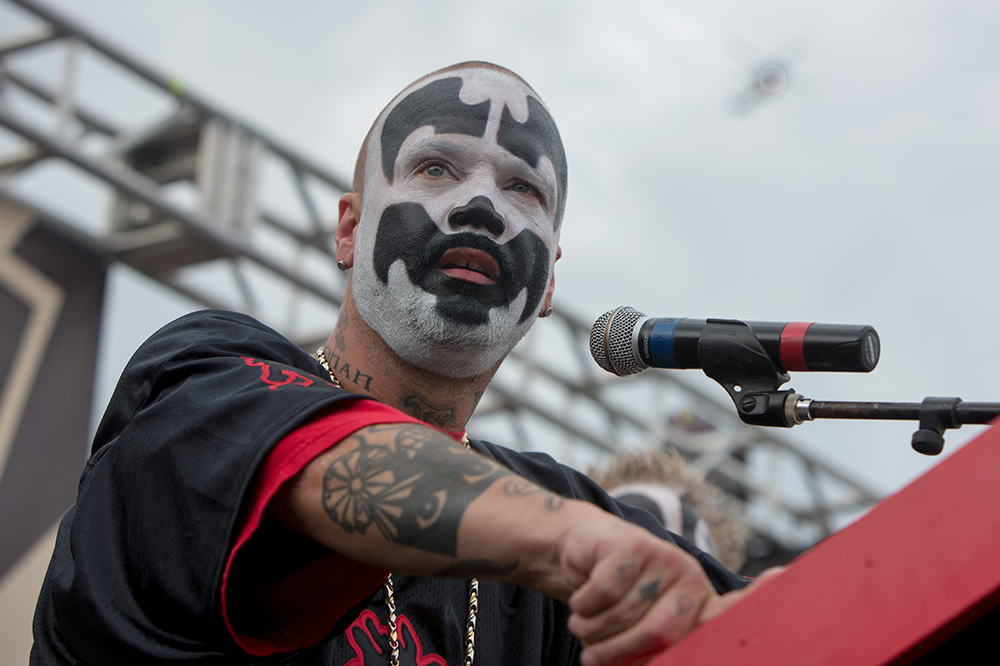 As many parts of the world are going into hiding or at least social distancing themselves from the coronavirus, Insane Clown Posse’s Shaggy 2 Dope has a solution for combatting coronavirus.

In a video posted to the group’s Instagram on Thursday (March 12), Shaggy 2 Dope, born Joseph Utsler, explained that consuming “dirt snow” is the best way to prevent getting COVID-19.

“Good old fashioned dirt snow. God made dirt. Dirt don’t hurt. Take out the rocks, and then it will build your immune system,” he said before shoving a handful of dark grey snow into his mouth.

After eating it up, he said, “That’s how you beat the fucking system.”

The next day (March 13), Insane Clown Posse just posted a photo of one the band member’s chest covered in ivies, an EKG monitor patch an a heartrate monitor device on his finger. The caption said that Shaggy 2 Dope was the one in the photo.

It’s currently unknown why Shaggy is in the hospital. Although, there are many comments pointing to the consumption of dirt snow to be the reason.

So the lessons from all of this are to check out the CDC to learn how to best fight off or prevent infection and avoid eating a handful of dirt snow.