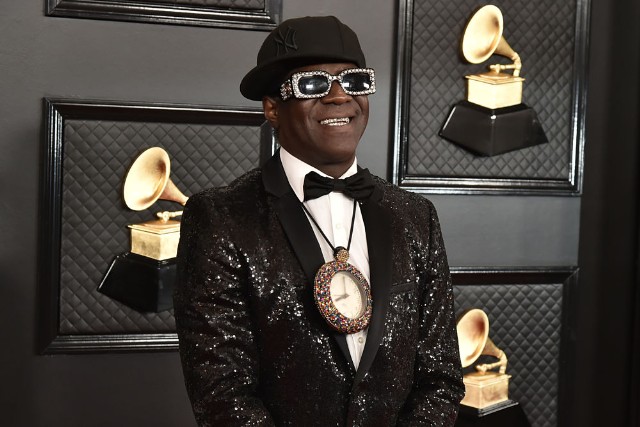 After an eventful past few days where he was going back-and-forth with Chuck D. before getting fired from Public on Sunday, Flavor Flav has clarified his stance on Bernie Sanders and his campaign.

In an interview with the Guardian, Flav said that he doesn’t have anything against Sanders and that “I think he’s a good person and I wish him luck.”

“I think they’re all good people,” he continued. “Except Trump. Some people tried to say I did this because I’m a Trump supporter and that’s not true. Fuck Trump!”

Flav continued by saying that he was upset with Chuck D. for including him as part of the show even though he hadn’t agreed to participate.

On Friday, Flav issued a cease and desist to the Sanders campaign for using the Public Enemy logo. Chuck D. hit back at Flav on Sunday that ultimately led to Flav’s dismissal.

Whether or not Flav will be reinstated is one thing, but he did make of what his role in Public Enemy is.

“I don’t deal with politics,” Flav said. “Chuck D, he’s the politician of the group. I’m just the friendly jester.”