They also talk about their favorite new music, give the story behind the band's original name in wide-ranging conversation 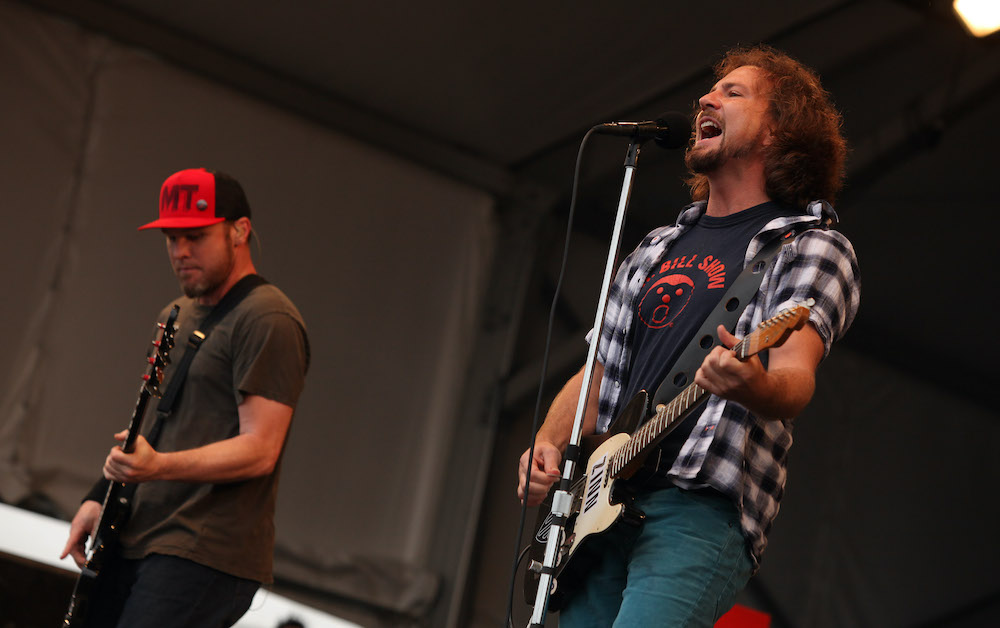 Eddie Vedder and Jeff Ament appeared on the Bill Simmons Podcast for a wide-ranging conversation.

The two-hour-plus interview, which was recorded earlier this week, touched on a number of topics. Vedder detailed the tour’s postponement, how there was initially some resistance to the idea of it before the pandemic quickly spiraled.

Ament and Vedder also shared stories about the band’s love of basketball — including how they came up with the name Mookie Blaylock originally (hint: it has to do with basketball cards, pressure from manager Kelly Curtis to think of something). Ament playfully compared Vedder’s basketball style as being like Los Angeles Clippers forward Patrick Beverley.

The duo also revisited why they decided to perform live only six days into being a band.

Vedder also said that the band didn’t feel pressured to put out new material until “we knew it was something that was going to be something really great.” The results, he said, “were surprising even us.”

They also talked about the bands they like today (Ament is fond of the Irish rock scene) and Vedder credited seeing Fugazi for putting him on the path he’s on today.

Gigaton is out now and you can read our review here.

Listen to the full podcast below.