He performed "Once in a Lifetime" and "Toe Jam" 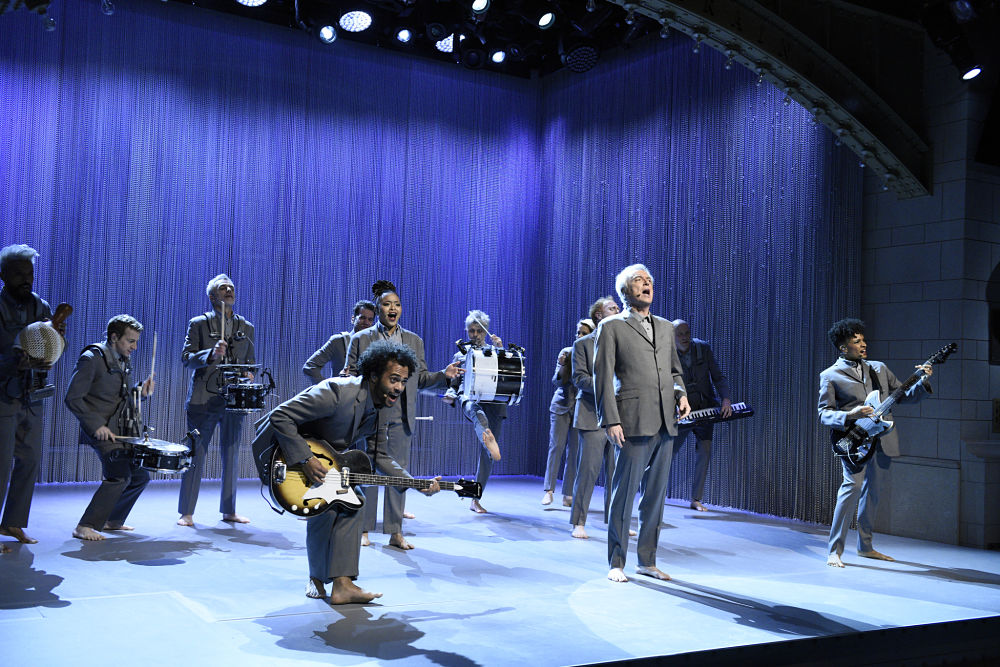 Fresh off his American Utopia residency on Broadway and the announcement that the show has been extended, former Talking Heads singer David Byrne was the musical guest on last night’s (Feb. 29) episode of Saturday Night Live. John Mulaney was the host.

The last time the singer appeared on the SNL stage was more than 30 years ago around the release of debut solo album, 1989’s Rei Momo.

He tore through a mesmerizing version of Talking Heads’ “Once in a Lifetime” that was similar to the version from American Utopia and “Toe Jam” from his collaboration with Fatboy Slim as The Brighton Port Authority.

Byrne also appeared as a baggage handler in a sketch about LaGuardia Airport before segueing into a brief version of “Road to Nowhere” with castmembers (including a cameo from Jake Gyllenhaal).

The 17-week second run kicks off on Sept. 18 and closes on Jan. 17 of next year, giving fans plenty of time to buy tickets, schedule their trip to the Hudson Theatre.

Considering that Spike Lee has previously announced his intention to release a film version of the play later this year, it seems like a safe bet that more details (such as a release date) will be announced shortly on that front as well.

Watch Byrne’s performance on SNL below: