Set comes day after he played only covers on Sunday 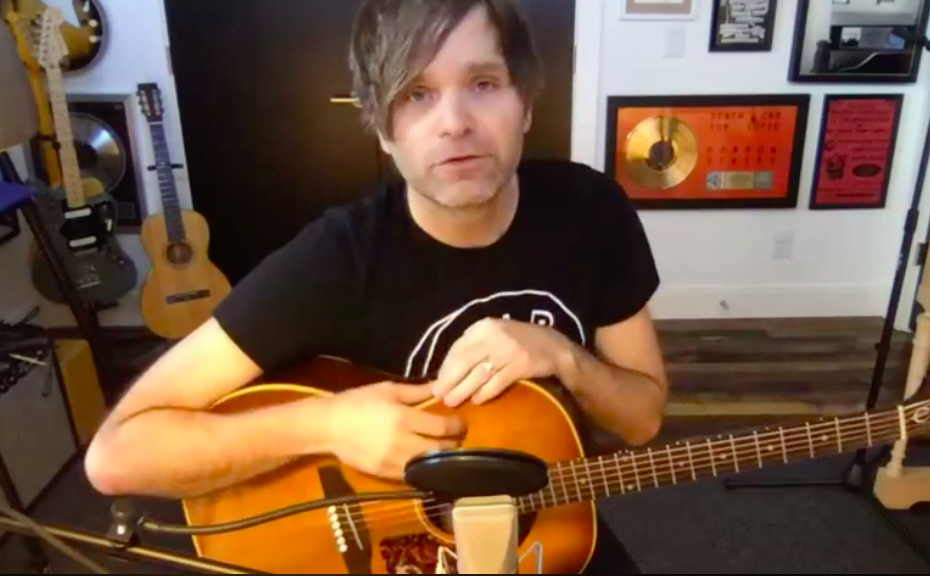 A day after playing a full set of covers, Ben Gibbard decided to delve deep into the Death Cab for Cutie archive. Monday’s set featured songs culled entirely from the band’s early output, primarily from the years 1997-2001.

It makes sense since the band’s second album, We Have The Facts And We’re Voting Yes, celebrated its 20th anniversary on Saturday. Additional tracks came from You Can Play These Songs With Chords, Something About Airplanes, The Forbidden Love EP and The Photo Album. Songs were also played from his solo project All Time Quarterback and

During the set, Gibbard performed rarities like “Champagne From a Paper Cup,” “I Was a Kaleidoscope” and “Cleveland.”

Over the past week, Gibbard has been playing sets that stream on Facebook and YouTube. In addition to his covers set on Sunday, he’s performed a slew of rarities and covers almost every day. He also shared a new song, “Life in Quarantine,” last week.

Check out the full set below: