"I would give any of these things away to get back to normal," he says 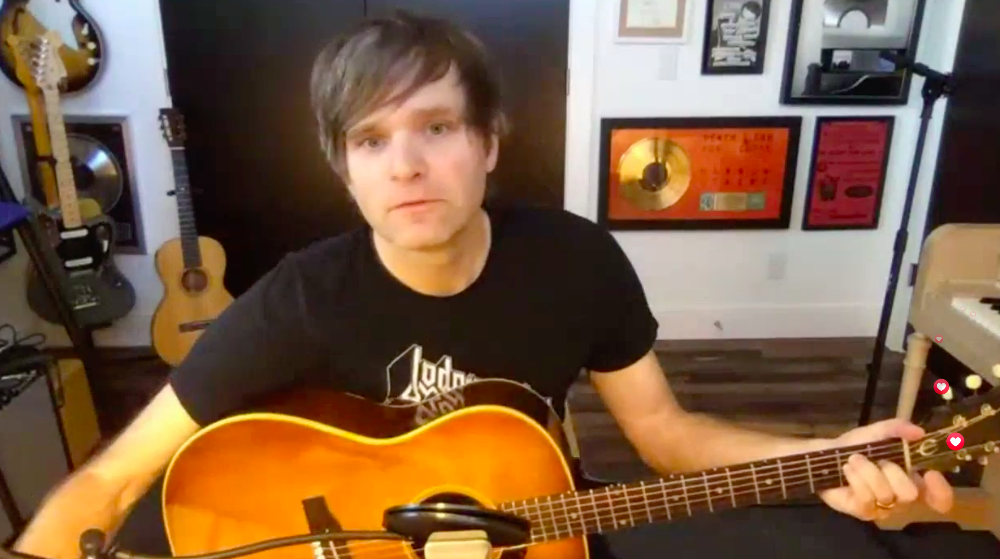 Say this much for Ben Gibbard: he’s keeping things interesting.

In the latest twist, Gibbard busted out songs only released from 2007-2011, which was debatably Death Cab for Cutie’s biggest commercial era. The albums he culled from included  Narrow Stairs, The Open Door EP, One Fast Move or I’m Gone and Codes and Keys.

After opening with “You Can Do Better Than Me,” Gibbard told viewers that “I like the fact that you’re digging deep” before going into “Little Bribes.” He also played songs like “Where Our Destination Lies” and “One Fast Move or I’m Gone” from his 2009 EP with Jay Farrar. Gibbard closed with “Stay Young, Go Dancing” a song he said he hasn’t played since 2011 “for obvious reasons.”

“I really like doing this and its a lot of fun,” he said during the Q&A portion of the stream. “It’s been interesting to see how innovative people have been getting, but it pales in comparison to everyone who is suffering. I would give any of these things away to get back to normal.”

This is the ninth day that Gibbard has been doing these livestreams and in the past few days, each session has had a different theme. This Friday, Gibbard is opening up the floor for the audience to vote on the 10 songs they want to hear. And every Sunday, he’ll be performing another set of covers.

Check out today’s session below: